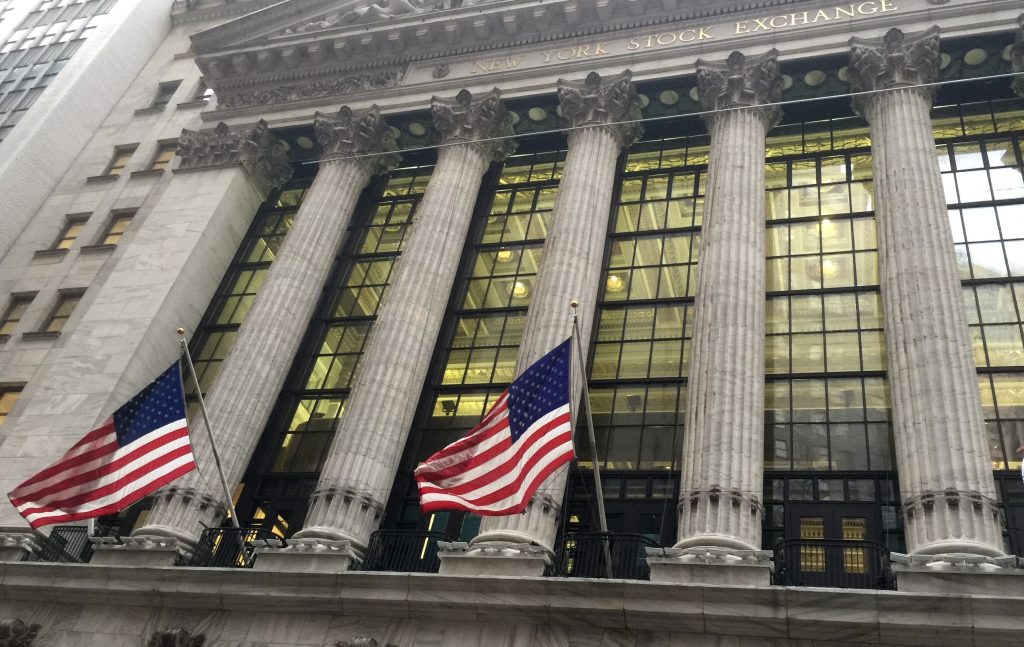 FACTORY FACTOR: U.S. industrial production rose by a healthy 0.4 percent in August, according to the Federal Reserve. The central bank said production of autos climbed, while production of oil and natural gas continued to rise. Aerospace company Boeing jumped 1.7 percent to $361.39 and shipbuilder Huntington Ingalls gained 1.6 percent to $253.06.

The Fed’s report is a sign the U.S. economy is likely to keep growing, which means the Federal Reserve is likely to continue raising interest rates. The yield on the 10-year Treasury note rose to 3 percent from 2.96 percent late Thursday.

Banks rose, as higher long-term interest rates help them make more money from mortgages and other types of loans. Other financial companies also jumped. Bank of America gained 0.7 percent to $30.37 and Prudential Financial added 2.6 percent to $99.63.

TRADE UPDATE: China’s government said Thursday that the U.S. government has invited it for talks on their escalating tariff dispute, ahead of a decision by President Donald Trump on whether to raise duties on $200 billion of Chinese imports.

RETAIL SALES: Consumers slowed their spending in August and the Commerce Department said retail sales grew 0.1 percent for the month. The prices for clothing and other items dipped, which might have encouraged shoppers but reduced revenue for companies. Gap fell 1.3 percent to $27.85 and TJX fell 1 percent to $107.90.

Consumer confidence is at its highest level in 18 years, and the slowdown in August could prove to be temporary.

GAS EXPLOSIONS: A series of gas explosions killed one person, injured at least 25 and forced evacuations in three communities north of Boston. They are served by Columbia Gas, a unit of NiSource. The company put out a statement late Thursday saying its crews were performing safety checks.