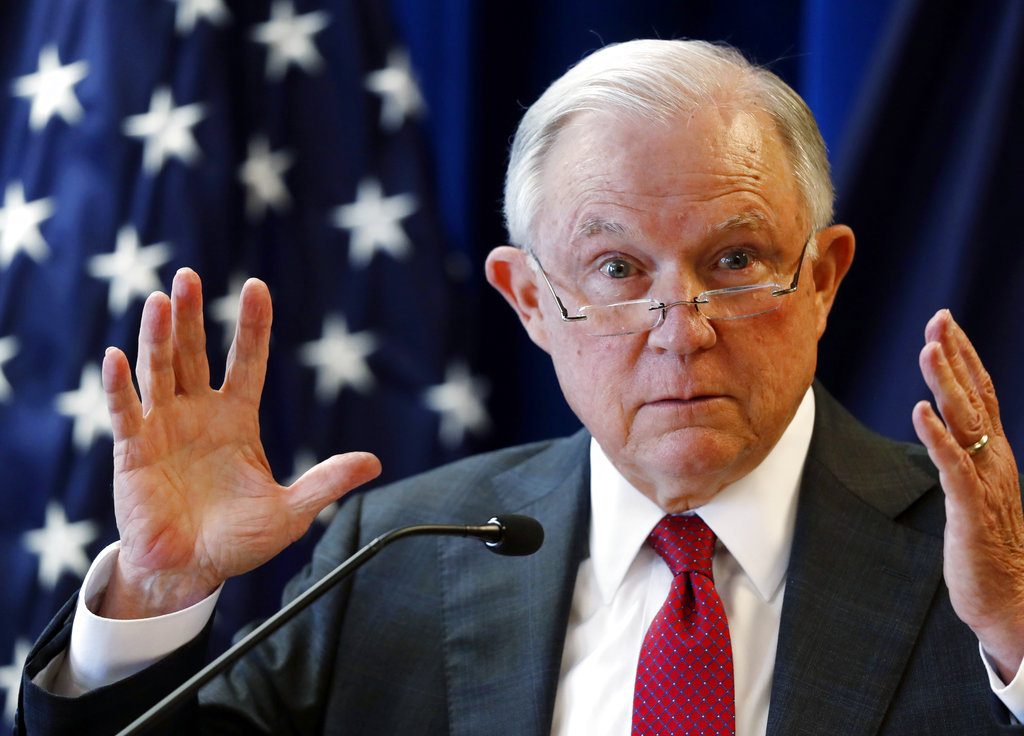 In his latest broadside against the Justice Department’s traditional independence, President Trump tweeted that “Obama era investigations, of two very popular Republican Congressmen were brought to a well publicized charge, just ahead of the Mid-Terms, by the Jeff Sessions Justice Department.”

He added: “Two easy wins now in doubt because there is not enough time. Good job Jeff……”

The first two Republicans to endorse Trump in the Republican presidential primaries were indicted on separate charges last month: Rep. Duncan Hunter of California on charges that included spending campaign funds for personal expenses and Rep. Chris Collins of New York on insider trading. Both have proclaimed their innocence.

President Trump, who did not address the specifics of the charges, just the political impact, has previously pressed Sessions to investigate his perceived enemies and has accused Sessions of failing to take control of the Justice Department. Trump has also repeatedly complained that Sessions recused himself from the Russia investigation.

Some of the issues President Trump has raised have either already been examined or are being investigated.

The tension between Trump and Sessions boiled over recently with Sessions punching back, saying that he and his department “will not be improperly influenced by political considerations.” Still, Sessions has made clear to associates that he has no intention of leaving his job voluntarily despite Trump’s constant criticism.

A spokeswoman for Sessions declined comment, and the White House did not immediately respond to a request for comment.