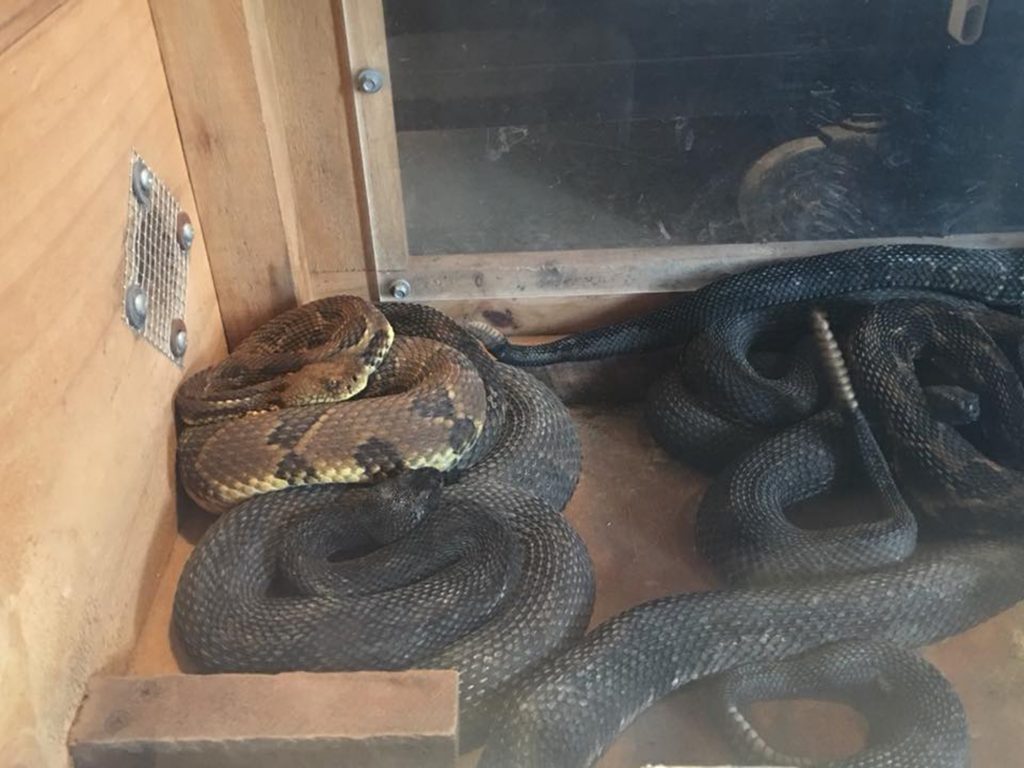 Seventeen timber rattlesnakes were found in a West Virginia home this week, and the gathering was no accident, say West Virginia Natural Resources Police.

A man had been catching the venomous reptiles in a national forest and bringing them to his Randolph County home, police said in a social-media post.

Photos posted by police showed the rattlesnakes balled up in a wooden enclosure, with viewing windows and breathing holes on the sides.

It’s illegal for individuals to own more than one rattlesnake in West Virginia and it must be 42 inches or longer, a police statement said. Timber rattlesnakes are listed as a rare, threatened or endangered species in West Virginia.

Investigators said in a statement that a tip led them to the snakes.

“The information received suggested that an individual from Tucker County was catching snakes from (Monongahela) National Forest and then taking them to his residence in Randolph County,” said a police statement.

“Officers met the suspect at his residence and located a total of 17 rattlesnakes being kept there,” the statement said. “The snakes were taken back to dens near where they were caught.”