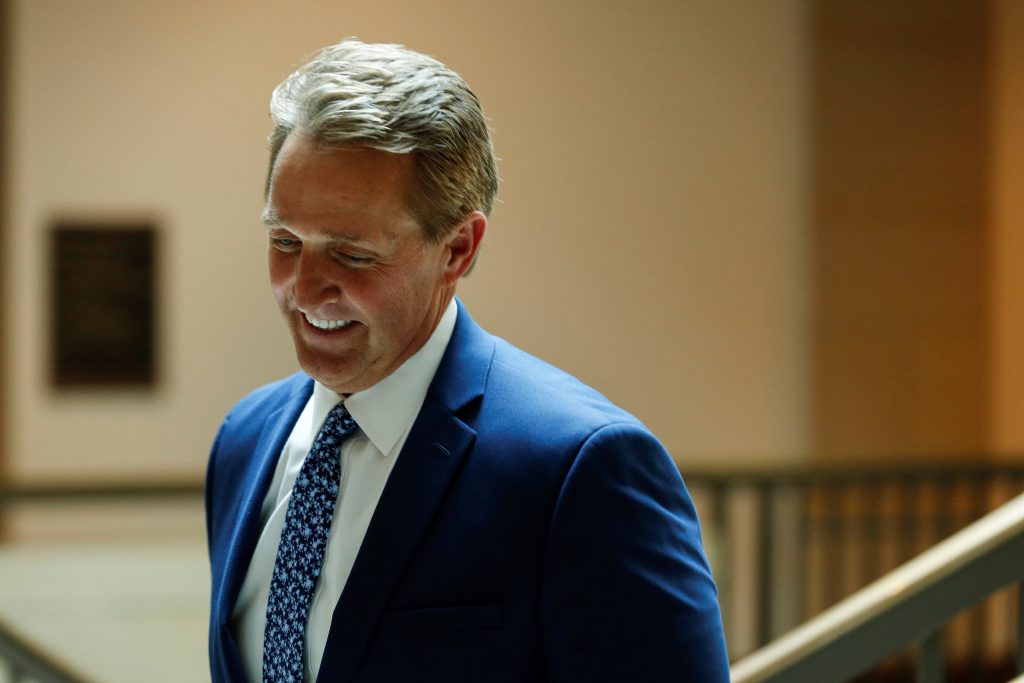 Arizona’s Republicans on Tuesday will decide a three-way battle over which candidate to nominate to replace the state’s junior U.S. Senator, who is retiring because he has no political future after criticizing President Trump.

The president has dominated the race to replace Sen. Jeff Flake even though he’s refrained from endorsing any of the three candidates. The overwhelming favorite is Rep. Martha McSally, a onetime Trump critic from a swing district who’s touted her growing bond with the president at every turn.

McSally is favored because she has the support of the party establishment and their donors – she’s raised nearly double the other two candidates’ funds combined – and because opposition to her on the right is split between two insurgent candidates, former Maricopa County Sheriff Joe Arpaio and former State Senator Kelli Ward. A former Air Force colonel who was the first woman to fly a fighter jet in combat, McSally is seen as the GOP’s strongest candidate against the expected Democratic nominee, Rep. Kyrsten Sinema.

While McSally has talked up her relationship with Trump on the stump, Arpaio and Ward have slammed her on it, claiming she’s a duplicitous flip-flopper in the mold of Flake and Sen. John McCain, whose death on Saturday came after election officials estimated most voters had already cast early ballots in the race.

“She’s the biggest flip-flopper in history,” Arpaio said of McSally in a recent interview.

Arpaio gained notoriety for his crackdowns on illegal immigration, which his agency continued in defiance of a court order that said they amounted to racial profiling. He was convicted of contempt of court shortly before losing re-election in 2016. Trump pardoned him, and the former sheriff, an early backer of Trump’s presidential push, holds himself out as the true Trump loyalist in the race.

Ward, meanwhile, argues she’s been fighting for true conservative values the longest. She has also argued that McSally is a phony while holding herself out as a fresher face than the 86-year-old Arpaio. The two insurgent campaigns have feuded with each other, as Arpaio hired two ex-Ward staffers in the final month who began pumping out anti-Ward posts on social media.

In recent days, Ward has also drawn attention for continuing to talk about McCain. When the senator was first diagnosed with brain cancer, Ward said he should step down so she could take his place. After his family announced McCain was ending medical treatment last week, Ward speculated in a deleted social media post that the move was designed to hurt her campaign. On Monday, as the political world mourned McCain’s death from cancer, Ward tweeted that political correctness was “a cancer.”

McSally and Sinema have both largely ended campaigning until after McCain’s body leaves the state on Thursday. McSally has emphasized her fighter pilot biography and closeness to Trump, which she says came spontaneously in the weeks after the president took office, well before she intended to run for the Senate.

McSally calls suggestions that she’s changed her position on Trump — whom she criticized while running for re-election during 2016 in a district that voted for Hillary Clinton — “a false narrative.”