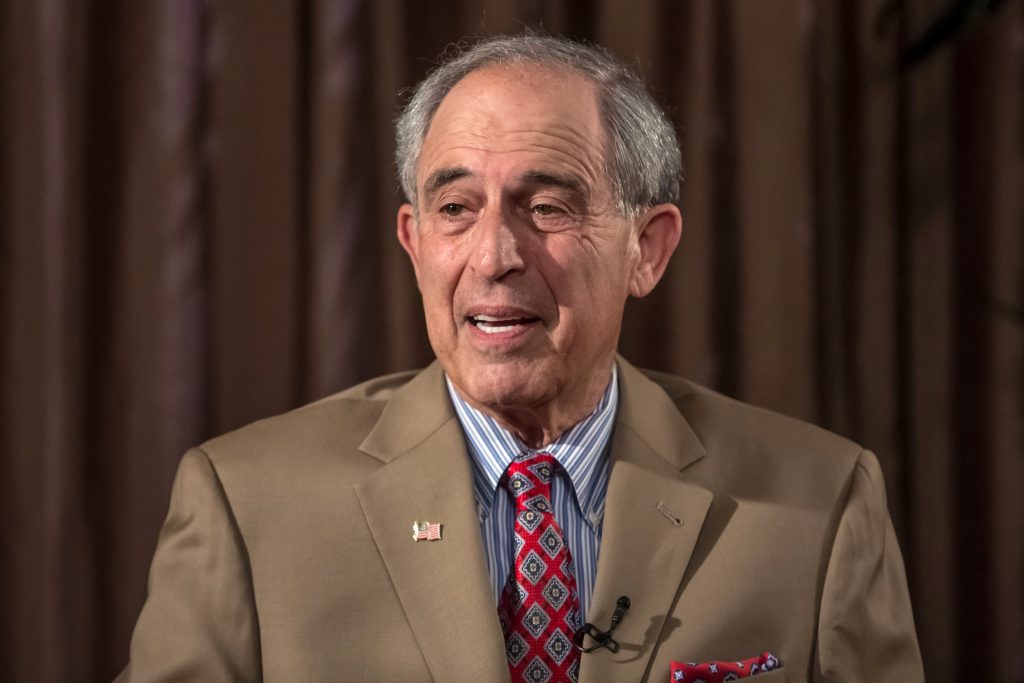 One of the most bizarre aspects of the investigations engulfing the Trump administration is the lawyers involved. Here we have a presidency on the line, and this is Trump’s team? The top legal spokesmen for each side are . . . Rudy Giuliani and Lanny Davis!?

Up until this point, though, Giuliani was the Great Contradictor and Davis was merely a colorful character. Now that has changed in a big way.

In a new interview with The Washington Post’s Tom Hamburger and Rosalind S. Helderman, Davis is backing off two massive claims he made in recent weeks, including that former Trump lawyer Michael Cohen has told people he witnessed President Donald Trump being informed of Donald Trump Jr.’s 2016 Trump Tower meeting with a Russian lawyer before it happened.

“I should have been more clear – including with you – that I could not independently confirm what happened,” Davis said, adding: “I regret my error.”

Davis also backed off his claim that Cohen has information suggesting that Trump knew in advance about Russian hacking of Democrats’ emails in 2016.

The first of these claims was put forward anonymously, initially in a story which CNN is standing by. The Post also reported it – though unlike CNN it didn’t report Cohen as saying Trump knew the information was coming from Russians – and cited Davis as an unnamed source. The second claim was made publicly by Davis.

So what on earth is going on here? Davis, for his part, suggests that he was just speculating. Witness this amazing pair of paragraphs at the end of Hamburger’s and Helderman’s story:

“A strong feeling.” That just doesn’t make much sense. Davis is a lawyer for his client, not a pundit. He can speak to Cohen about sensitive matters. His job is literally to speak publicly for Cohen, and getting their story straight is Job No. 1. The idea that Davis was simply freelancing with a narrative he hadn’t run by his client just doesn’t ring true. And if he was, how has Cohen not fired him for so clearly botching his defense?

It’s also pretty remarkable that, despite the first of these claims having been in the public domain for several weeks now – CNN’s story broke exactly one month ago, on July 27 – Davis only began reining it in last week. Why wait that long if it was erroneous? Did Cohen not notice he was being put forward as the guy who might be able to prove Trump’s collusion with Russia – a claim that, if true, could end an American presidency?

The most obvious answer would seem to be that Cohen may be the one contradicting himself. Ever since the CNN story broke, the question has been whether Cohen told congressional investigators the same story when he testified behind closed doors at a time when he was more loyal to Trump. There were indications that this new version of events wasn’t exactly compatible with that testimony, which could open Cohen up to more legal problems.

When Cohen reached a plea deal last week, the Senate Intelligence Committee’s top Republican and Democrat made a rare joint, public statement saying they wanted Cohen to continue cooperating with their Russia investigation. They also said they had reached out to Cohen’s lawyers after the CNN story broke and asked whether he wanted to amend his testimony. Cohen has declined to do so.

But you also have to think that possible contradiction would be something Davis and Cohen (who is also a lawyer by trade) would have sorted out before Davis went public with these claims.

However this came about, though, it’s damaging to Cohen’s credibility. Davis is his lawyer and spokesman, after all, which means these claims effectively came from Cohen himself. Davis is now trying to take ownership of them and take the blame himself, but the explanations he offers are really difficult to swallow, especially given the gravity of the claims.

And that has bearing on both the Russia investigation and whatever problems Trump may encounter from the Southern District of New York’s plea deal with Michael Cohen on a campaign-finance violation (in which Cohen also implicated Trump). Cohen was supposed to be the guy flipping on Trump and telling investigators everything he knows about the skeletons in Trump’s closet. This episode has to make everyone involved wonder whether his claims are all they’re made out to be. Regardless of how you want all of this to shake out, it’s best to base a case around people who won’t undermine it. Cohen wasn’t a fantastic witness before; he’s a worse one now.

It’s been true from the start that these investigations attract a certain grade and style of lawyer, and those lawyers often find themselves struggling with their public statements on behalf of an untrustworthy client.