National For McCain, a Cross-Country Funeral Procession in the Works
National 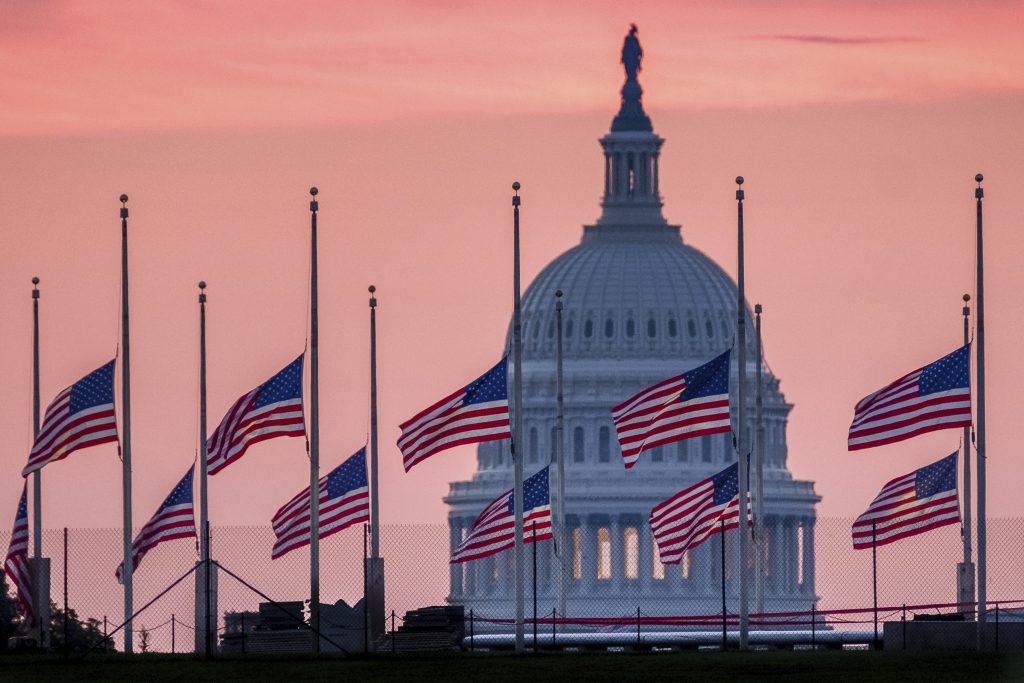 Two former presidents are expected to speak at Sen. John McCain’s service and he will lie in state in both the nation’s capital and Arizona as part of a cross-country funeral procession ending with his burial at the U.S. Naval Academy, according to plans taking shape Sunday.

McCain had long feuded with President Donald Trump, and two White House officials said McCain’s family had asked, before the senator’s death, that Mr. Trump not attend the funeral services. Vice President Mike Pence is likely to attend, said the officials, who spoke on condition of anonymity to describe private discussions.

A day after McCain, 81, died at his Arizona ranch after a yearlong battle with brain cancer, his family, friends and congressional and state leaders were working out details of the farewell to the decorated Vietnam War hero, prisoner of war and six-term senator.

His office said that McCain will lie in state in the Arizona State Capitol on Wednesday and have a funeral nearby on Thursday. The procession will then head to Washington, where McCain will lie in state in the Capitol Rotunda on Friday with a formal ceremony and time for the public to pay respects. The next day, the procession will pass the Vietnam Veterans Memorial and head to a funeral at Washington National Cathedral. A private funeral is planned for Sunday at the U.S. Naval Academy in Annapolis, Maryland. McCain will be buried on a leafy hill at the academy in Annapolis next to his best friend from the Class of 1958, Adm. Chuck Larson.

Presidents George W. Bush and Barack Obama, who blocked McCain’s own White House ambitions, are among those expected to speak at McCain’s funeral.

“These were bitter contests, both of them,” said Sen. Jeff Flake, R-Ariz., and “to ask them to speak at your funeral, and for them to be honored at the opportunity, that tells you all you need to know.”

Flake told CBS that McCain “was quick to forgive, certainly put the good of the country above himself, and the fact that his former opponents will be there speaking says all we need to know.”

A black hearse, accompanied by a police motorcade, could be seen driving away from the ranch near Sedona where McCain spent his final weeks. For 50 miles along Interstate 17 southbound, on every overpass and at every exit ramp, people watched the procession. Hundreds, including many waving American flags, parked their cars and got out to watch.

Congressional leaders announced that McCain would lie in state in the Capitol Rotunda, though they did not give a date. “The nation mourns the loss of a great American patriot, a statesman who put his country first and enriched this institution through many years of service,” said Senate Majority Leader Mitch McConnell, R-Ky.

Arizona will accord McCain that honor on Wednesday, when he would have turned 82. “This is a rare and distinct occurrence for a truly special man,” GOP Gov. Doug Ducey said in a tweet.

Ducey does not plan to announce his selection of a Senate successor to McCain until after McCain’s burial. Under state law, the governor’s appointee to serve until the next general election in 2020 must come from the same political party. A statement from Ducey’s office said that “now is a time for remembering and honoring a consequential life.”

Mr. Trump and McCain were at bitter odds until the end. The president, who as a candidate in 2016 mocked McCain’s capture in Vietnam, had jabbed at the ailing senator for voting against Republican efforts to roll back President Barack Obama’s health care law.

Obama, who triumphed over McCain in 2008, said that despite their differences, McCain and he shared a “fidelity to something higher, the ideals for which generations of Americans and immigrants alike have fought, marched, and sacrificed.”

Obama said they “saw our political battles, even, as a privilege, something noble, an opportunity to serve as stewards of those high ideals at home, and to advance them around the world.”

Bush, who defeated McCain for the 2000 Republican presidential nomination, called McCain a “man of deep conviction and a patriot of the highest order” and a “friend whom I’ll deeply miss.”

Other tributes poured in from around the globe.

French President Emmanuel Macron tweeted in English that McCain “was a true American hero. He devoted his entire life to his country.” Israel’s prime minister, Binyamin Netanyahu, said McCain’s support for the Jewish state “never wavered. It sprang from his belief in democracy and freedom.” And Germany’s chancellor, Angela Merkel, called McCain “a tireless fighter for a strong trans-Atlantic alliance. His significance went well beyond his own country.”

McCain was the son and grandson of admirals and followed them to the U.S. Naval Academy. A pilot, he was shot down over Vietnam and held as a prisoner of war for more than five years. He went on to win a seat in the House and in 1986, the Senate, where he served for the rest of his life.

“He had a joy about politics and a love for his country that was unmatched,” said Sen. Amy Klobuchar, D-Minn. “And while he never made it to the presidency, in the Senate, he was the leader that would see a hot spot in the world and just say, we need to go there and stand up for that democracy,” she told CNN.

Former Vice President Joe Biden, who developed a friendship with McCain while they served together in the Senate, said the Arizona lawmaker will “cast a long shadow.”

“The spirit that drove him was never extinguished: we are here to commit ourselves to something bigger than ourselves,” Biden said

“As you go through life, you meet few truly great people. John McCain was one of them,” Schumer said. “Maybe most of all, he was a truth teller, never afraid to speak truth to power in an era where that has become all too rare.”