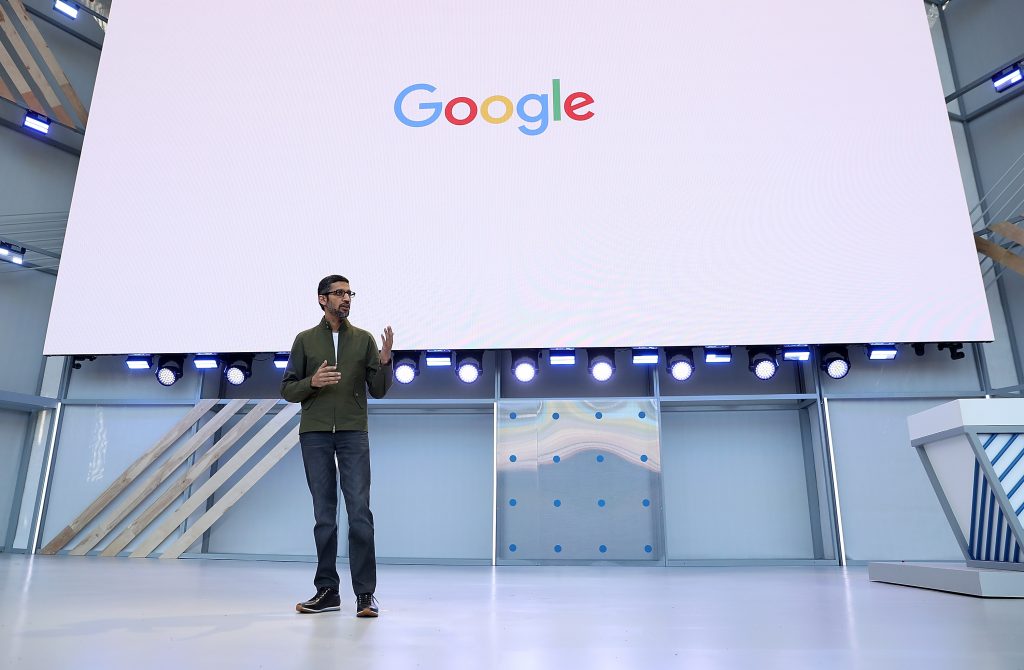 Google executives on Thursday addressed the company’s plans to reintroduce a search service in China, following an employee backlash over concerns about complying with Beijing’s censorship laws, according to reports of an all-hands company meeting.

CEO Sundar Pichai told staff that Google is in the “early stages” of considering a return to China, Bloomberg reported, but that the company is not close to finalizing a search product. Pichai pledged transparency as the development process advances and cast the potential for business in China as a boost to Google’s mission. “I genuinely do believe we have a positive impact when we engage around the world, and I don’t see any reason why that would be different in China,” Pichai said, according to Bloomberg.

The discussion with staff followed a report by the Intercept earlier this month that revealed Google’s plans to develop a China-compliant search engine that would prevent Chinese users from accessing websites and using search queries blacklisted by the government.

Web users in China can’t access Google’s service because the government there blocks it as part of its sweeping censorship infrastructure, known as the “Great Firewall.” Google withdrew its search engine from the county in 2010 after it suffered what it called a sophisticated cyberattack targeting human-rights activists there and amid heightened pressure of government censorship.

Google employees are also sounding the alarm. More than 1,400 workers have signed an internal letter, according to The New York Times, calling on the company to establish an oversight process to review the China project and other plans that “raise urgent moral and ethical issues.”

“We urgently need more transparency, a seat at the table, and a commitment to clear and open processes: Google employees need to know what we’re building,” the letter said.

The objection to the development of a search engine in China is just the latest example of tech employees protesting the business decisions of their companies. Earlier this summer, employees at Amazon.com urged CEO Jeff Bezos to discontinue partnerships with companies that work with U.S. Immigration and Customs Enforcement and to end the sale of facial-recognition technology to law-enforcement agencies. (Bezos owns The Washington Post.) Microsoft staff also criticized their company’s $20 million contract with ICE, compelling chief executive Satya Nadella to address the issue.

Previous protests at Google over controversial projects have proven successful. Executives there said they would not renew a contract with the Pentagon and would ban the development of artificial intelligence to be used in weapons following a firestorm of employee resignations and public outcry.