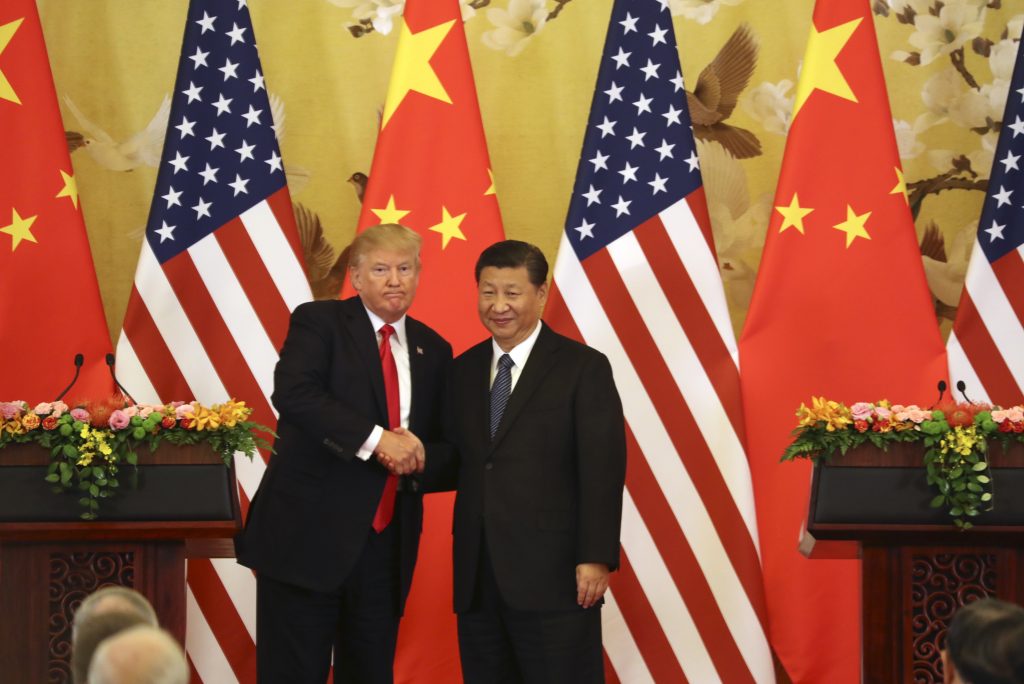 But if you lay aside the overarching disputes, five specific sticking points come up over and over among the diplomats, executives and trade negotiators seeking to end the trade war between Washington and Beijing. Problem is, resolving any one of them would require China to rethink a development model that has made the country rich and kept the Communist Party in power long past the Cold War.

The U.S. contends that China’s requirements on foreign companies to enter joint ventures in sectors from cars to aerospace represent a de facto mandate to share proprietary technology with local firms. The Trump administration has cited such intellectual property concerns while proposing tariffs on some $250 billion of Chinese goods using Section 301 of the Trade Act of 1974.

China denies forcing companies to transfer technology and argues that joint-venture provisions are essential to closing the country’s industrial gap with the West. Beijing also sees the practice as a right guaranteed by China’s 2001 ascension to the World Trade Organization as a developing economy.

“Sometimes, tech transfer is an arrangement made between companies to trade technology for markets,” said Wei Jianguo, a former vice commerce minister who is now an executive deputy director of the China Center for International Economic Exchanges.

Close ties to the party and easy money from government banks fed a vast expansion of China’s state-owned enterprises during its long economic boom. Those industrial giants have been slow to shed excess capacity as growth moderates, flooding global markets with products and putting pressure on overseas jobs. Surplus Chinese steel exceeded the entire combined output of France and Germany last year.

China was among the prime targets of U.S. steel and aluminum tariffs imposed by President Trump on national security grounds under Section 232 of the trade act. While China has been trimming output as part of Xi’s “supply-side structural reform” program, doing it as fast as the U.S. wants risks mass job cuts that could spur unrest against the ruling party.

Although China’s embrace of capitalist market forces powered its expansion, the party never surrendered control over the means of production. State-owned enterprises still hold around 40 percent of the country’s industrial assets and include some of the world’s biggest banks. China has shown little appetite for the sort of market reforms and privatization effort sought by the Trump administration.

In fact, making state-owned enterprises “big and strong” is a key piece of Xi’s strategy for expanding Chinese economic influence and a series of mergers are replacing state oligopolies with monopolies. Reducing their number would remove a powerful tool to control the economy and manage risk. “Without state-owned enterprises, China could no longer call itself a socialist system,” said Lu Xiang, an expert on U.S.-China relations at the Chinese Academy of Social Sciences.

Another legacy of China’s socialist roots is centrally planned industrial policies that focus the country’s vast resources toward strategic goals. Xi has built much of his plan to complete China’s rise to superpower status on a series of signature policies such as “Made in China 2025.” The program directs subsidies toward the domination of 10 key industries, including aircraft, new energy vehicles, and biotechnology.

U.S. Commerce Secretary Wilbur Ross has described the program as an attack on “American genius” because it gives Chinese companies an advantage against firms from Boeing Co. to Intel Corp. But Chinese officials see it as a way to climb up the value chain.

The internet has presented a daunting challenge to the party’s effort to control China’s almost 1.4 billion citizens, leading Xi to enact a strict “cybersovereignty” regime to better manage what information flows into and out of its borders. While that push has drawn a variety of complaints from U.S. companies, they are particularly loud in the area of cloud computing.

Last year, China required local storage of Chinese data and barred foreign companies from owning or operating their own data centers in the country, ostensibly to protect privacy and intellectual property. Now, U.S. officials want China to roll back the restrictions, which they say make it harder for technology firms such as Alphabet Inc., Apple Inc. and Amazon.com Inc. to secure a fair share of the world’s largest internet market.