Israel Liberman: Nothing Wrong With Yair Golan as Chief of Staff Candidate
Israel 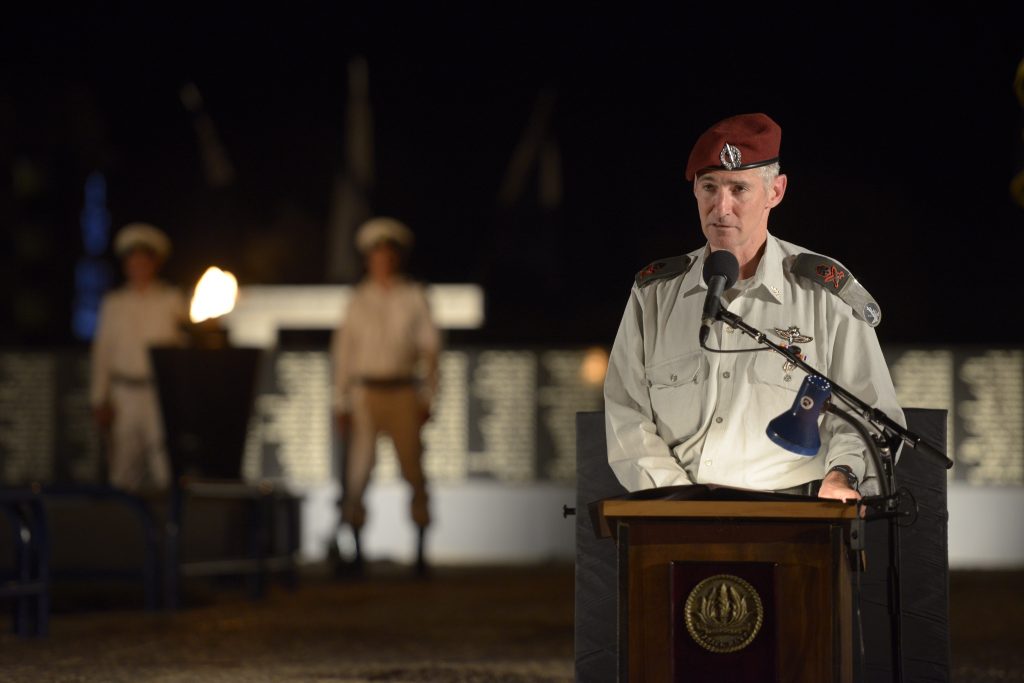 Defense Minister Avigdor Liberman on Monday defended General Yair Golan as a worthy candidate for the office of IDF Chief of Staff, after over 100 members of families of fallen IDF soldiers petitioned him on Sunday to drop Golan as a candidate. Liberman said Monday in a social media post that “the defamation campaign against Golan is unworthy, and will have no effect on the choice for Chief of Staff.”

Golan, former Northern Command head and current deputy Chief of Staff, has achieved infamy over the past decade for what many claimed were statements that were extremely sympathetic to Palestinian terrorists – to the extent that their safety was to be preferred over that of IDF soldiers. In a petition to Liberman, families listed some of the incidents that raised their concern and caused them to dismiss his candidacy for Chief of Staff. In one incident, Golan told soldiers that he preferred that they endanger themselves in order to avoid the death of a 60-year-old Palestinian woman who got caught up in warfare. In another incident, Golan told soldiers that they should not fire at a Palestinian who was running at them and appeared unarmed. In his most famous faux pas, Golan said that there were things happening in Israel that “remind me of Nazi Germany.”

The statements by Golan “present a worrying picture of an officer who is ready to take chances with the lives of his soldiers,” the petition says. “As parents, brothers and spouses of the fallen, these comments concern us. A man who has our children’s blood on his hands cannot command and look out for them.”

Golan is one of four candidates for the office of Chief of Staff, which becomes vacant at the end of the year, when current Chief of Staff Gadi Eisenkott steps down. Other candidates include Aviv Kochavi, currently a top lieutenant of Eisenkott’s. Also on the interview list is General Nitzan Alon, a top expert on Iran, as well as General Eyal Zamir, formerly head of the IDF’s Southern Command. More interviews are scheduled for the coming days.

The process of choosing a new Chief of Staff is based on recommendations for the post by a professional committee that culled through dozens of candidates. Candidates must also be vetted and approved by a long list of top officials, including the prime minister, current and former IDF Chiefs of Staff, defense ministers, and others. After the initial interview of the finalists by Liberman, the defense minister will discuss with Eisenkott his successor. After the interviewing and vetting stages, Liberman will make a decision on whom he would like to choose for the position. The appointment will need to be approved by the government. At that point, the candidate will officially become the IDF’s next Chief of Staff.

In his comments Monday, Liberman said that Golan was as good a candidate as the others. “General Golan is an excellent officer and a brave commander who has dedicated his life to the security of Israel,” Liberman added, and would be considered for the post as much as the others.