Israel Sources: Chances of an Agreement Between Israel and Hamas Succeeding ‘Low’
Israel 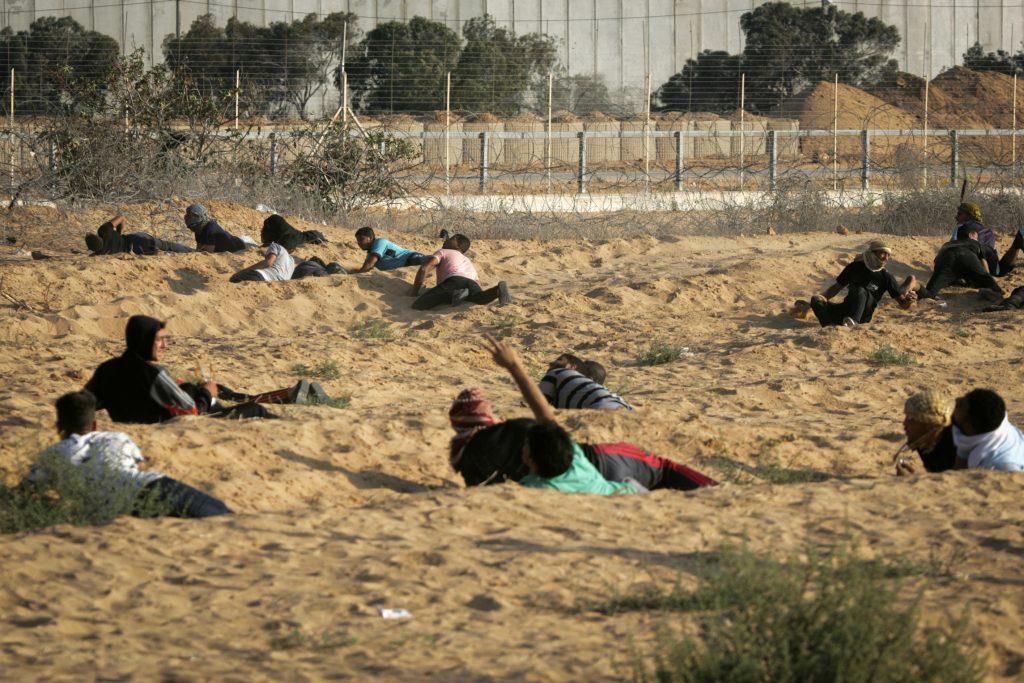 Sources told Hadashot News Monday that the chances of a reported agreement between Israel and Hamas succeeding were “low.” The sources made the comments in the wake of a meeting of the Security Cabinet Sunday that discussed the details of the deal, which was being brokered by Egypt and UN officials. Appearing at the meeting was IDF Chief of Staff Gadi Eisenkott, who reportedly told the ministers that the IDF was “prepared for all scenarios.”

Reports Sunday said that Egypt and U.N. negotiators were trying to broker a deal between Israel, Hamas and Fatah. According to the reports, the deal entails the Palestinian Authority’s taking over the reins of government in Gaza. Large sums of money will be invested to revive the Gaza economy. The deal includes an overall agreement with Israel, in which Hamas will pledge to lay off terror attacks for between five and ten years. Israel will release many of the terrorists in its prisons, while Hamas will return the remains of IDF soldiers it is holding, as well as two live Israelis.

A report in the London-based Arabic newspaper Al-Sharq al-Awsat said Monday that Hamas has decided to endorse a “staggered” ceasefire with Israel, which would begin with an end to the launching of incendiary kites and balloons and, in exchange, Israel’s lifting of the latest sanctions imposed on the Gaza Strip.

Hamas sources said that in exchange for the cessation of all their terror attacks against Israel, Israel would agree to open the Kerem Shalom crossing to the transfer of goods and the Gaza fishing zone would be expanded.

The two sides would then proceed to the second stage that would include a prisoner exchange and, in parallel, the beginning of large infrastructure projects in Gaza and preparations for the complete lifting of the blockade on the Gaza Strip.

Husam Badran, a senior Hamas official, announced that the agreement with Israel must be approved by all the Palestinian factions.

In response, the Fatah party leadership has accused the Hamas organization of “suspicious agreements” with Israel. “Hamas has no mandate to make agreements with Israel because it does not represent the Palestinian people,” said senior Fatah official Ahmad Majdalani.