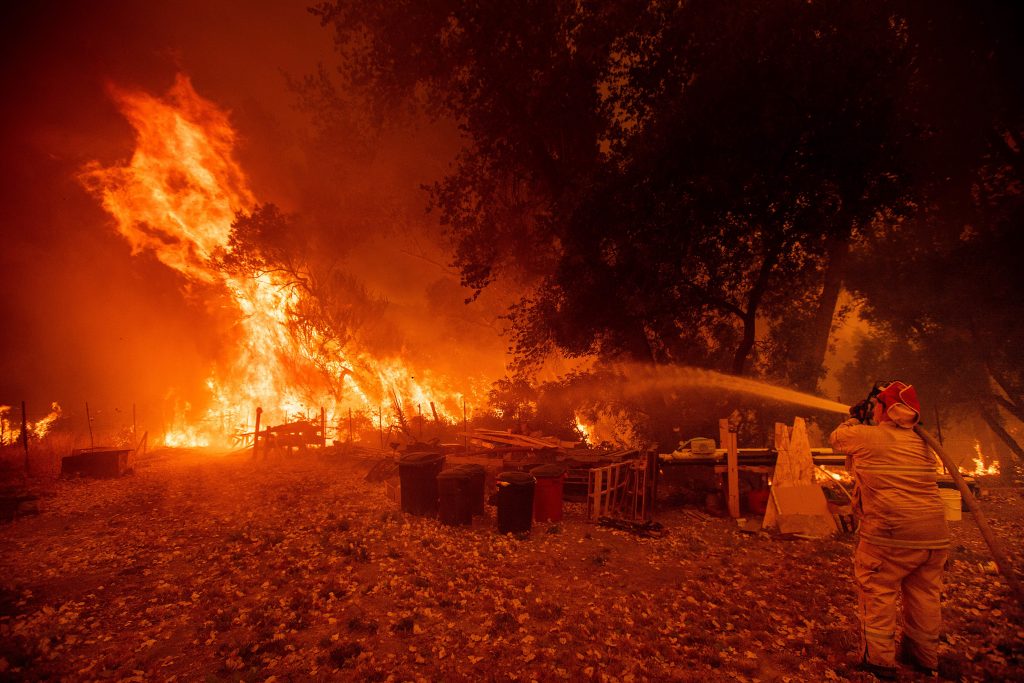 A seventh person died in a northern California wildfire on Saturday, as a couple of other fast-growing wildfires in the state expanded by more than 25 percent overnight and continued to spread.

The White House announced on Sunday morning that President Donald Trump declared that a major disaster exists in California, a move that makes it easier for residents, businesses, cities and counties to gain access to federal money, food aid and other programs.

“Assistance can include grants for temporary housing and home repairs, low-cost loans to cover uninsured property losses and other programs to help individuals and business owners recover from the effects of the disaster,” the White House said.

More residents were ordered to evacuate their homes this weekend as weary firefighters endured high temperatures and gusting winds.

The Carr fire, about 162 miles north of Sacramento, claimed the life of a power company lineman Saturday, according to a CBS affiliate, citing a spokesman for the PG&E Corporation.

The fire, one of the most destructive in California history, had already killed six people, including a great-grandmother and two children, and a firefighter and bulldozer operator.

Two other blazes collectively called the Mendocino Complex fires burned in Mendocino, Lake and Colusa counties, about 90 miles north of San Francisco. The River and Ranch fires had grown to cover a total of 229,000 acres by late Saturday, and were considered 32 percent contained.

“Fire season is really just beginning. What seems like we should be in the peak of fire season, historically, is really now the kind of conditions we’re seeing really at the beginning,” said Pimlott.

California Governor Jerry Brown, who visited some of the burned areas on Saturday, said, “This is part of a trend, the new normal, that we’ve got to deal with.”

Through last week, California fires had torched about 290,000 acres, more than double the five-year average over that same period, according to Cal Fire.

The Mendocino Complex fires cover more than two-thirds the size of sprawling Los Angeles. They have forced the evacuation of more than 20,000 residents and destroyed more than 100 structures.

More evacuations were ordered on Saturday afternoon, but no estimate of people involved was released.

Firefighters had managed to contain 41 percent of the Carr blaze by Saturday evening, and authorities were allowing some evacuees to return.

Both areas remained under a “red flag warning” issued by the National Weather Service for strong winds, low relative humidity and temperatures topping 90 degrees Fahrenheit, all conditions that can drive the growth of wildfires.

So far this year, U.S. fires have burned 5 million acres, much more than the 10-year average, according to the National Interagency Fire Center.