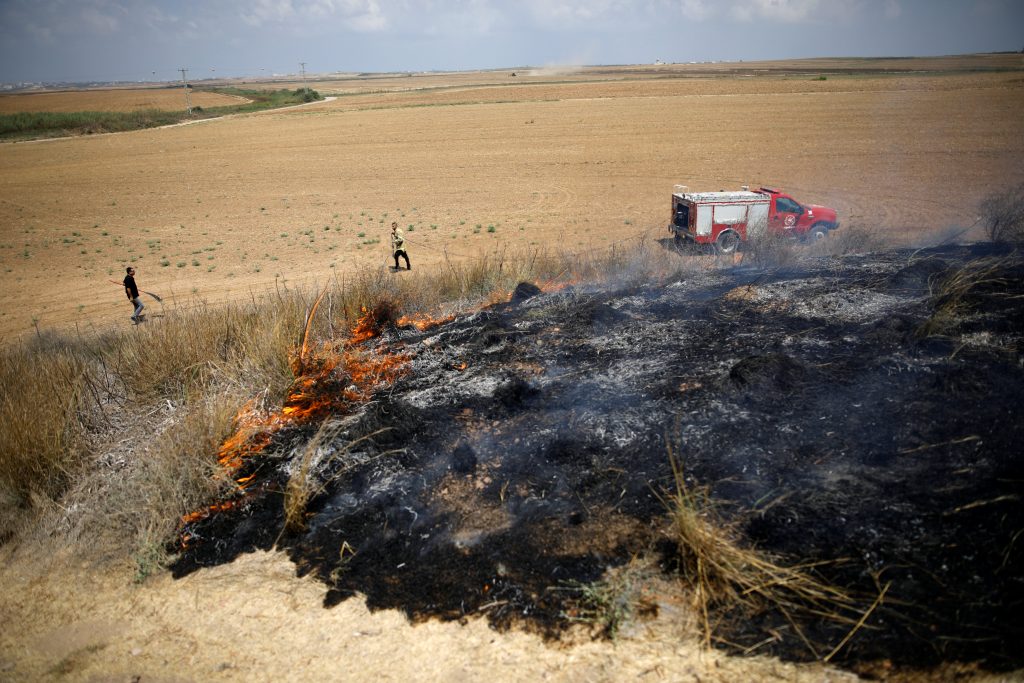 Gaza terrorists fired a total of nine missiles at Israel overnight Wednesday and early Thursday, the IDF said in a statement Thursday morning. The last round of missile firings took place early Thursday, with the Iron Dome defensive system eliminating at lease one rocket before it could cause damage. The other missiles landed in open areas. There were no injuries or damage reported, officials said.

Prepared for an IDF retaliation, Hamas announced that it had placed its forces on “the highest alert.” Hamas threatened that an Israeli response to its acts of terror would be “dealt with in a manner that the occupying enemy will find devastating.”

The attacks Thursday followed a series of attacks by Israeli forces against Hamas terror targets in Gaza. Earlier in the day, a soldier was moderately wounded when he was fired upon by Gaza terrorists. In response, IDF forces hit seven Hamas outposts in Gaza. Also Wednesday, Gaza terrorists kept up their campaign of setting fire to Israeli farms and forests. At least a dozen fires were set by terror kites and balloons Wednesday.

A military source told Channel 20 that despite several ceasefires – all of them breached by Hamas and Islamic Jihad – and the likelihood that another will be agreed to, the current round of fighting in the south was not yet over. “Hamas and the other terror groups continue to make mistakes, wagering that we will respond in a measured manner to their provocations,” the source said. “They are playing this game very close to the edge. They are making a drastic error by doing so.”

IDF soldiers overnight Wednesday seized terror funds from Arabs in the Shomron village of Azzun. The money was part of payments made by Hamas and the Palestinian Authority to the families of terrorists for committing terror acts against Israelis, officials said. Weapons for use in terror attacks were also found in the city.