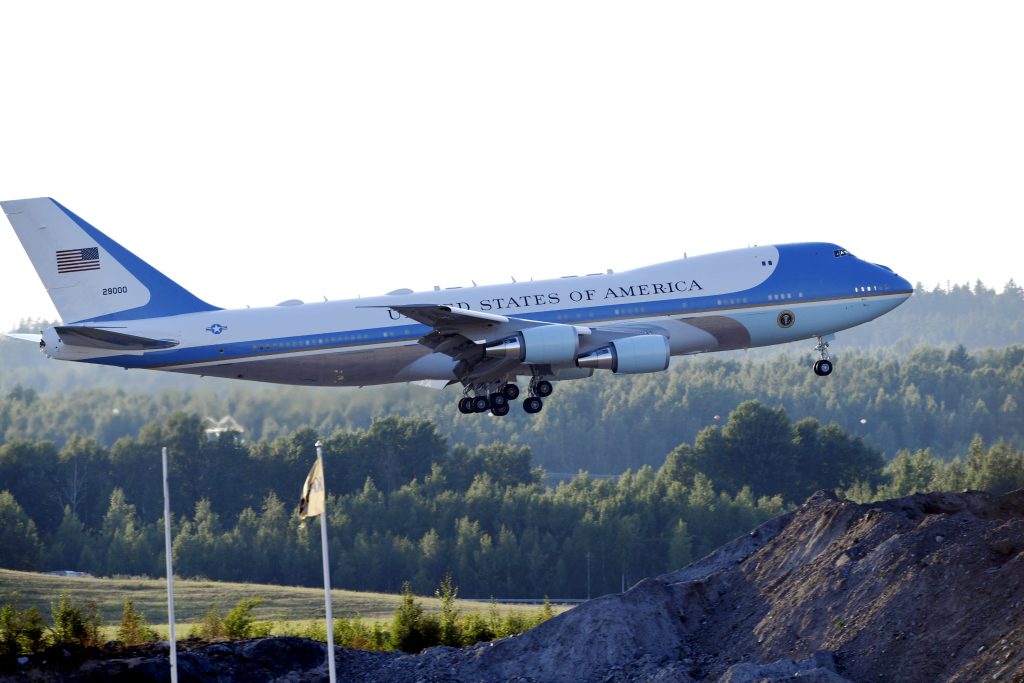 President Donald Trump says Air Force One is getting a patriotic makeover.

President Trump says the familiar baby blue color on the presidential aircraft will give way to a red-white-and-blue color scheme. Updated models could be in service during a potential second term. The president made the announcement in a CBS News interview broadcast Tuesday.

Trump said he wondered, after reaching a deal with Boeing for the new aircraft, whether to stick with the baby blue color that’s recognized worldwide.

He said he decided against it.

Sanders said the contract sets the total price for the two completed aircraft at $3.9 billion. She said that represents a savings of more than $1.4 billion from the $5.3 billion initially proposed.

President Trump tweeted in December 2016, after he was elected, that costs for the program were “out of control, more than $4 billion.” He added, “Cancel order!”