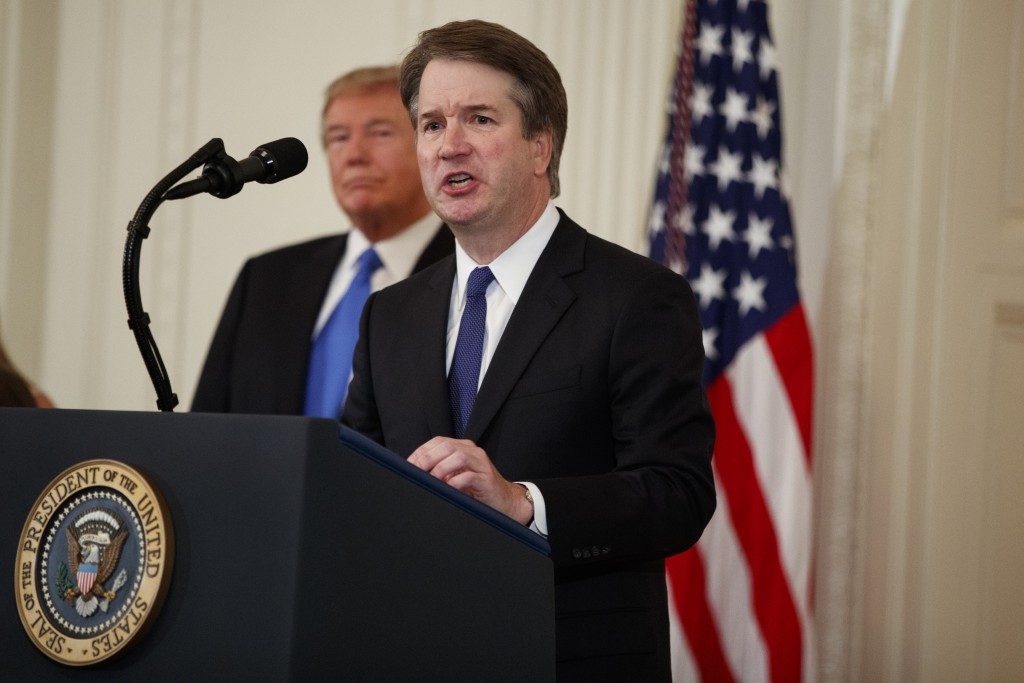 It is difficult to imagine any Republican senator opposing President Trump’s nomination to the Supreme Court of Brett M. Kavanaugh, a judge with impeccable credentials, strong intellect and sterling character. If Republicans stay united, Kavanaugh’s confirmation as the next associate justice is assured. And no one is praying harder for Republican unity than the three Democratic senators — Joe Manchin III, W.Va., Heidi Heitkamp, N.D., and Joe Donnelly, Ind., — who voted to confirm Justice Neil M. Gorsuch and who are up for reelection this fall in states Mr. Donald Trump won by double digits.

A Supreme Court fight is already a nightmare for these vulnerable Democrats. The left understands that Kavanaugh’s nomination is an existential threat to its activist judicial agenda, so it is going to throw everything it has at him in a multimillion-dollar sliming. The confirmation hearings are going to make the infamous Robert H. Bork hearings seem like a kumbaya session by comparison.

Caught in the crossfire are Manchin, Heitkamp and Donnelly, all of whom were hoping to steer a steady course down the middle to reelection but will now have to spend the next couple of months getting pushed and pulled by both sides. The Democrats’ left-wing base will demand that they vote “no” on Kavanaugh, while the trio’s pro-Trump constituents will demand they vote “yes.” And the confirmation fight will dominate the final months of their campaigns.

That’s a nightmare. But so long as Republicans are united, Manchin, Heitkamp and Donnelly more or less get a free vote. They won’t pay much of a price if they end up as the 51st, 52nd and 53rd votes confirming Trump’s nominee, adding a bipartisan veneer to the final vote. But if any Republicans defect, the nightmare becomes a disaster, because each of these red-state Democrats suddenly becomes the deciding vote. That is the last thing they want.

If any Democrats provide the swing vote that puts Mr. Trump’s nominee on the high court, many on the left will be furious and abandon them on Election Day. But if they are the deciding vote against Mr. Trump’s nominee, then voters in their states — which all voted for Mr. Trump decisively — would be more energized and determined to throw them out of office. It’s a no-win situation.

Normally, it is the job of a party’s Senate leadership to protect vulnerable incumbents by giving them political cover to do what they need to do to win reelection. But in this case, the Democratic leadership seems to be throwing these three senators under the bus. Sen. Richard J. Durbin, Ill., the No. 2 Democrat in the Senate, suggested on NBC’s “Meet the Press” this past weekend that these vulnerable red-state Democrats should sacrifice their reelection to stop Mr. Trump’s nominee. “They understand it’s a historic decision,” he said. “It’s about more than the next election.”

That is unprecedented. Durbin just told these Democrats to commit political suicide. It is shocking that one of its own leaders just gave the left-wing base license to demand that these senators vote in such a way that will virtually guarantee the loss of their seats. Don’t expect these senators to forget it if they are still in office for the next leadership election.

Red-state Democrats want to get this vote over with as quickly as possible. A delayed vote could backfire terribly. Right now, Democrats enjoy a significant enthusiasm advantage in the 2018 midterm elections. In a Wall Street Journal-NBC News poll last month, 63 percent of Democrats rate their interest level as a “9 or 10” on a 10-point scale, while only 47 percent of Republicans do the same.

Any delay in Kavanaugh’s confirmation can only help Republicans close that enthusiasm gap. According to the Post, 26 percent of all Trump voters said the Supreme Court was the most important factor in their vote, compared with just 18 percent among Hillary Clinton’s voters.

The Supreme Court motivates the right more than the left. The best way Democrats can guarantee a strong GOP turnout in key Senate races is to make the Supreme Court an election issue this November.

So, conservatives are hoping that Republicans stay united. But deep in their hearts, red-state Democrats are praying for GOP unity as well.