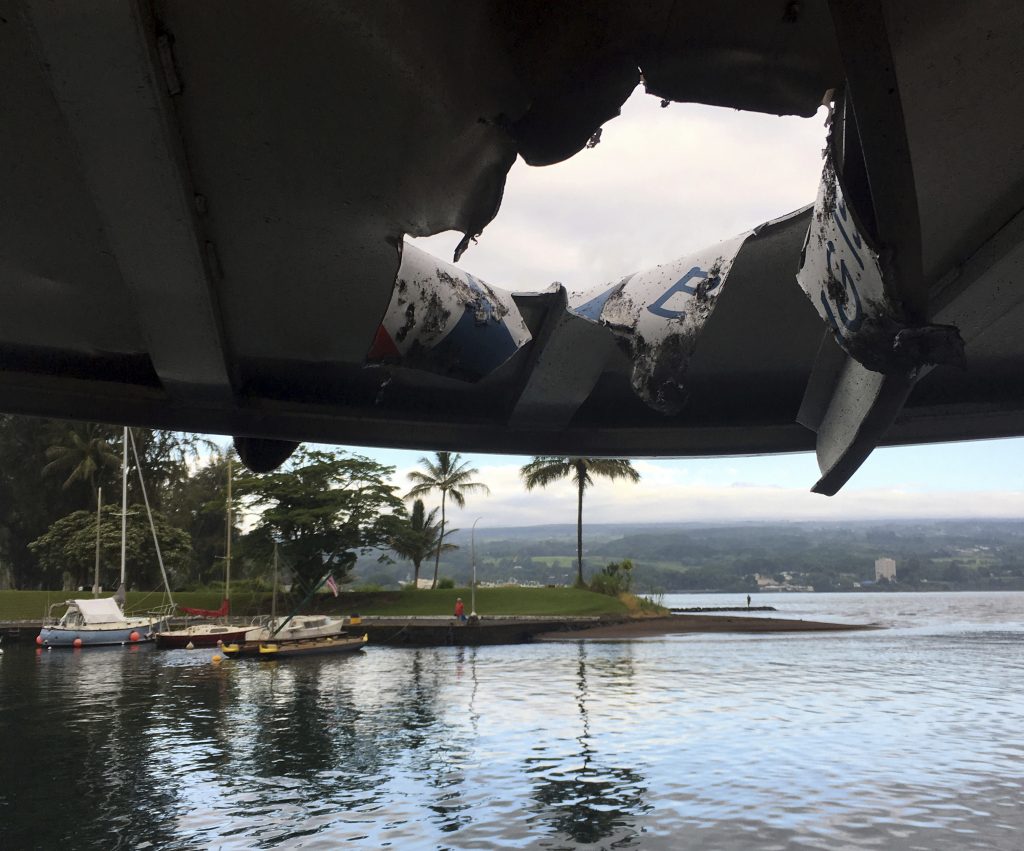 An explosion caused by lava oozing into the ocean sent molten rock crashing through the roof of a sightseeing boat off Hawaii’s Big Island, injuring 23 people Monday, officials said.

A woman in her 20s was in serious condition with a broken thigh bone, the Hawaii County Fire Department said. Three others were in stable condition at a hospital with unspecified injuries. The rest of the passengers suffered burns, scrapes and other superficial injuries.

They were aboard a tour boat that takes visitors to see lava plunging into the ocean from a long-erupting volcano that has been vigorously shooting lava from a new vent in the ground for the past two months. The lava punctured the boat’s roof, leaving a gaping hole, firefighters said.

Officials have warned of the danger of getting close to lava entering the ocean, saying the interaction can create clouds of acid and fine glass. Despite the hazards, several companies operate such tours. The Coast Guard said tour vessels have operated in the area going back at least 20 years.