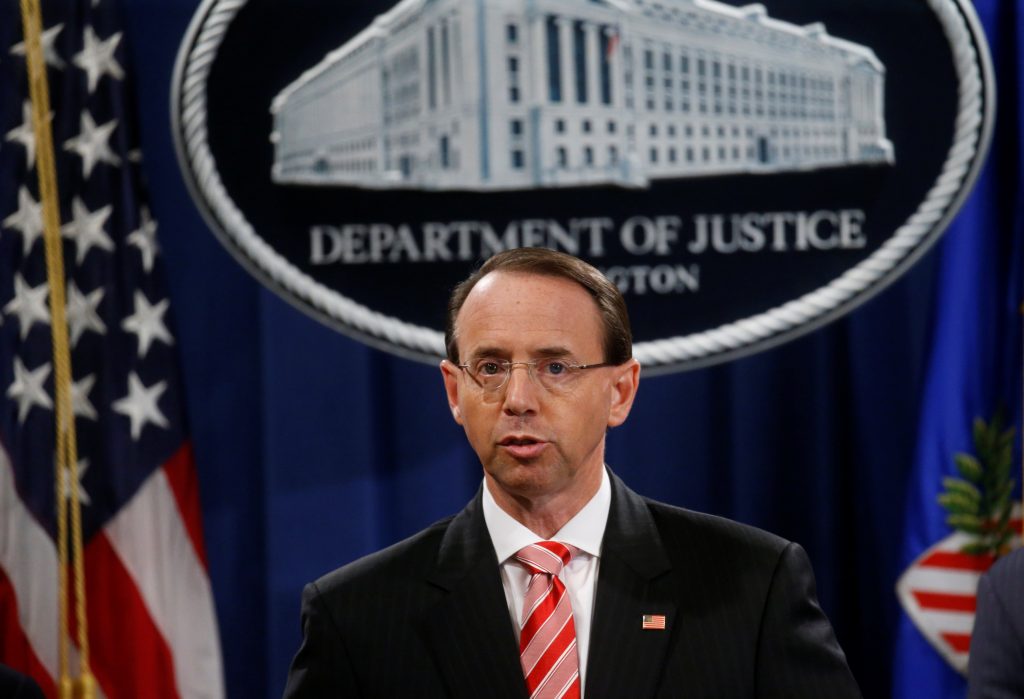 The indictments were announced by Deputy Attorney General Rod Rosenstein as part of the ongoing probe by special counsel Robert Mueller into Russian interference in the presidential election, including potential coordination between the Trump campaign and Russia.

The Russians are accused of hacking into the computer networks of the Democratic National Committee, the Democratic Congressional Campaign Committee and the presidential campaign of Hillary Clinton, and then releasing stolen emails on the internet in the months before the election.

Moreover, Rosenstein says that the agents stole information on 500,000 U.S. voters after hacking a state election board.

“The internet allows foreign adversaries to attack Americans in new and unexpected ways,” Rosenstein said. “Free and fair elections are hard-fought and contentious and there will always be adversaries who work to exacerbate domestic differences and try to confuse, divide and conquer us.”

Before Friday, 20 people and three companies had been charged in the Mueller investigation. That includes four former Trump campaign and White House aides and 13 Russians accused of participating in a hidden but powerful social-media campaign to sway American public opinion in the 2016 election.

Rosenstein, who said he had briefed President Donald Trump on the indictment, said there was no allegation that the hacking altered any vote count or that any Americans were knowingly in communication with any of the Russian officers.