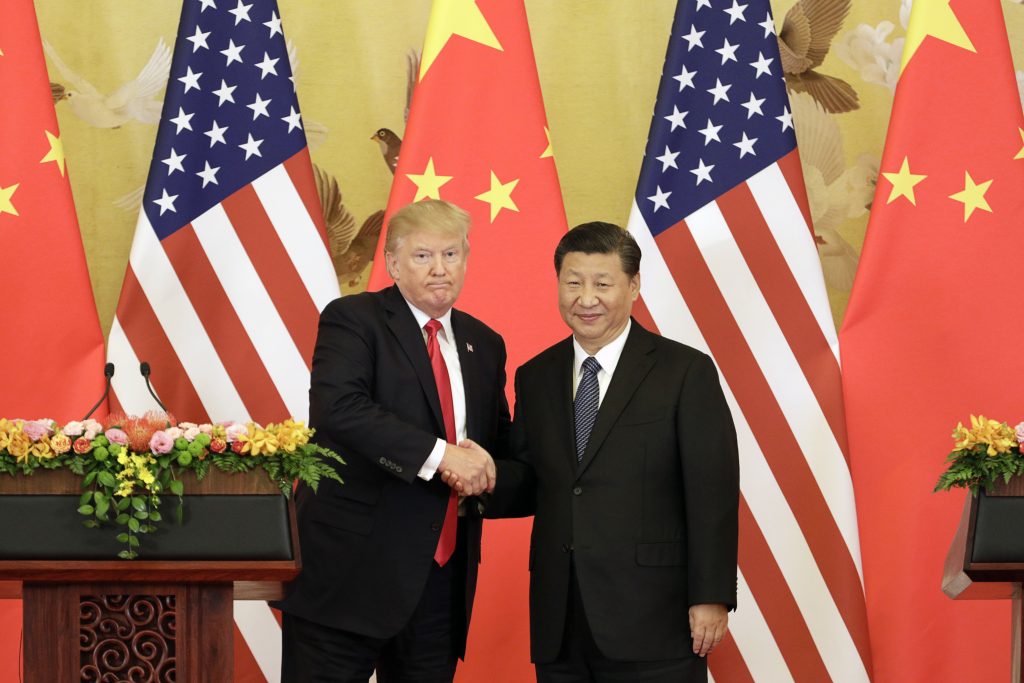 The Commerce Department on Wednesday took a major step to loosen its restrictions on the controversial Chinese telecommunications company ZTE Corp., signing an escrow agreement that paves the way for the firm to continue doing business with U.S. companies.

The move came under pressure from President Trump, who had told Chinese leader Xi Jinping he would help ZTE after the company was met with severe restrictions for violating U.S. sanctions.

The Commerce Department in April announced severe penalties against ZTE, punishment for violating sanctions by selling products to Iran and North Korea and then lying about its practices to federal investigators. Among other things, ZTE was barred from doing business with U.S. companies, a move that many in the U.S. and China believed would serve as a death sentence for the firm.

But President Trump agreed to help the firm out as a way to try to spark concessions from Beijing during broader trade negotiations. Those trade discussions have recently faltered, but Trump’s commitment to help ZTE has not wavered.

The Commerce Department said Wednesday’s agreement established an escrow account, which allows the company to transfer $400 million in reserves. This was a condition of its release from severe regulatory penalties. Once the company deposits $400 million into the account, it will no longer be prohibited from doing business with U.S. companies.

A number of Democrats and Republicans have raised concerns about Trump’s efforts to help ZTE, with lawmakers warning that the company could be used to steal U.S. intellectual property and potentially pose an intelligence risk.

But President Trump has said it was important to allow the firm to continue purchasing U.S. equipment as a way to help U.S. jobs. And he also said Xi’s personal appeal to him to help the company was persuasive.

The Commerce Department has put several new restrictions on ZTE as part of the agreement that allows it to continue doing business with U.S. companies.

It required the company to pay a $1 billion fine, create the new escrow account, replace its board of directors, pay a new fine, and allow U.S. compliance officers to monitor the company.

“The ZTE settlement represents the toughest penalty and strictest compliance regime the Department has ever imposed in such a case,” the Commerce Department said in a statement. “It will deter future bad actors and ensure the Department is able to protect the United States from those that would do us harm.”

Even though some White House officials had hoped Trump’s handling of ZTE might help improve relations, there are signs that tensions between Washington and Beijing are only worsening.

The White House has begun imposing tariffs on $34 billion in Chinese products, and on Tuesday it announced it planned to impose tariffs on $200 billion in additional Chinese exports within months.

Instead of sparking negotiations, Chinese leaders have responded through retaliation, imposing tariffs on U.S. imports and threatening to continue escalating their countermeasures if President Trump doesn’t back down.