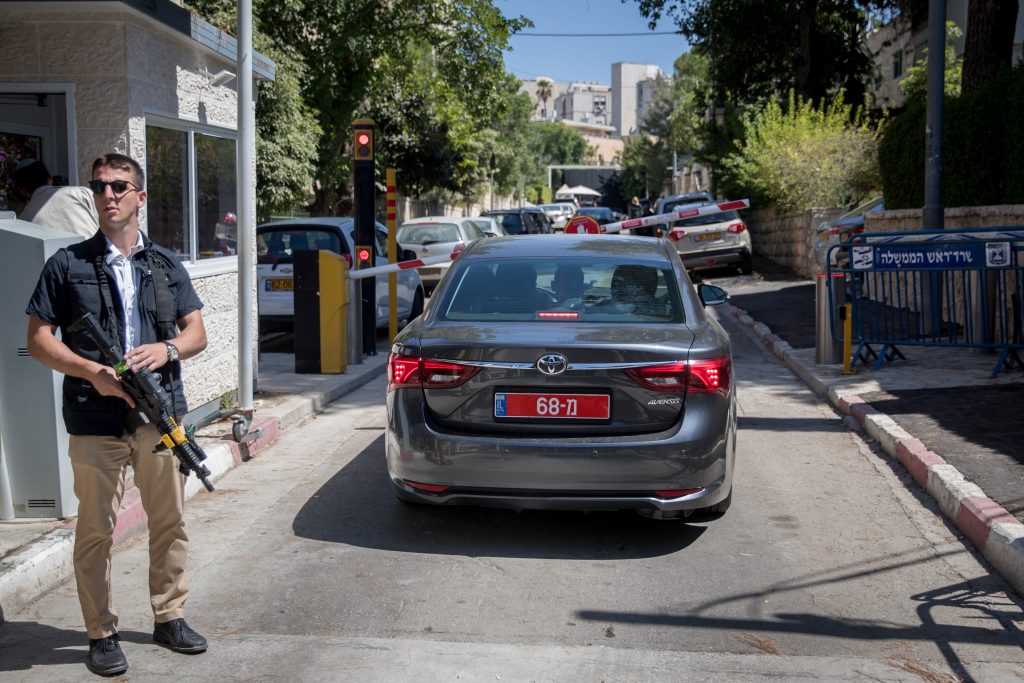 The authorities allege Netanyahu awarded regulatory favors to Bezeq Telecom in return for favorable coverage of him and his wife on a news site owned by the company. Netanyahu, Bezeq and its owner have all denied wrongdoing.

Netanyahu has been questioned over the case before and police have yet to make a recommendation about charges.

In a brief statement that gave no details about the investigation, a police spokesman said Netanyahu was questioned for several hours at the prime minister’s residence in Yerushalayim by the police anticorruption unit.

In the two other cases in which police have already recommended that Netanyahu be charged with bribery, the final decision about whether to prosecute rests with the attorney general – that could be months away.

So far, partners in Netanyahu’s governing coalition have stood by him, saying they are awaiting the attorney general’s next moves. However, political pressure could mount on Netanyahu to step down if he is charged.

Netanyahu could also call a snap election to try to stall legal proceedings during the campaign and rally his right-wing power base behind him. Polls show Netanyahu’s Likud party gaining seats and positioned far ahead of all other factions.