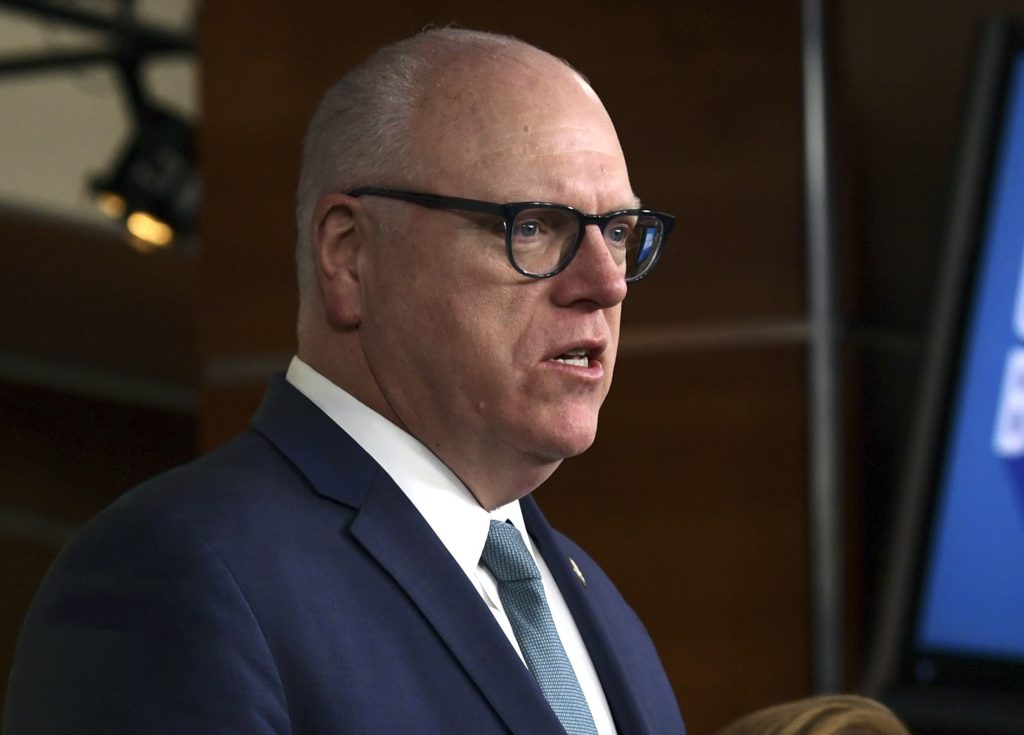 Rep. Joseph Crowley of New York, a top-ranking Democrat and a rising star in the party, lost in a stunning upset Tuesday to a little-known primary challenger, sending shock waves through the party out of power less than five months before the midterm elections.

Alexandria Ocasio-Cortez, a 28-year-old activist, ousted the fourth-ranking House Democrat. Crowley became just the third sitting member of Congress, and the first Democratic incumbent, to lose in a primary this year. This is a stunning defeat that suddenly forced Democrats to confront their own internal divisions.

The House Democratic Caucus chairman was widely seen as a potential successor to Minority Leader Nancy Pelosi, D-Calif. In a party already struggling with generational conflict, his defeat will set off a scramble in leadership as Democrats seek to gain control of the House in November.

The result marked the first knockout blow against the establishment wing of the Democratic Party by the restive liberal movement that has erupted in the era of Donald Trump. Until Tuesday, Democrats had mostly rejected candidates like Ocasio-Cortez in favor of more mainstream alternatives. In scores of crowded House primaries across the country, Democratic voters had sided with contenders aligned with the party leadership in Washington.

Ocasio-Cortez, a former organizer for the 2016 presidential campaign of Sen. Bernie Sanders, I-Vt., ran on a sharply liberal agenda, including abolishing the federal Immigration and Customs Enforcement agency and making Medicare a universal program.

“Every person out here this evening changed America tonight,” Ocasio-Cortez said in her victory speech, urging voters across the country to elect a “caucus” of like-minded candidates. “This is not an end, this is the beginning.”

In a statement, Crowley congratulated Ocasio-Cortez and pledged to support her. “I am proud of the race we ran and, more importantly, proud of all of the work we’ve done to advance this community,” he said.

President Trump gloated about the surprising result, tweeting after the race was called that “Big Trump Hater Congressman Joe Crowley, who many expected was going to take Nancy Pelosi’s place, just LOST his primary election. In other words, he’s out!”

Crowley’s defeat came on a day of sweeping successes for the president, beginning when the Supreme Court upheld his travel ban covering several Muslim-majority countries. And Tuesday night, Trump extended a string of primary wins that have underscored his firm hold on his party.

In New York, Rep. Daniel Donovan won the GOP primary after Trump endorsed him over former congressman Michael Grimm, who was seeking the office he surrendered after pleading guilty to tax fraud in 2014.

Trump had told Republicans not to “take any chances,” urging them to pick Donovan and dispatch Grimm. Grimm ran as the equivalent of the president, an outspoken candidate who compared his fraud case to investigations into Trump. He argued that he was the target of political persecution, although he ultimately pleaded guilty.

South Carolina Gov. Henry McMaster, another Trump ally, on Tuesday won the Republican runoff for his seat, advancing to the general election a day after the president campaigned for him in the state. McMaster defeated businessman John Warren.

Proximity to Trump has become a major test for Republican candidates this primary season. His endorsement has been a coveted prize, and those who have shunned the president have struggled to convince party loyalists to support them.

Trump’s appearance in South Carolina on Monday, where he delivered meandering remarks at a rally, was part of an administration push to persuade South Carolina Republicans to vote for McMaster, who became governor last year when Nikki Haley left to take her post as United Nations ambassador.

In Utah, another of the seven states voting in primaries Tuesday, former Republican presidential nominee Mitt Romney, who had Trump’s endorsement despite their troubled history, took a giant step closer to returning to the national stage. He defeated state legislator Mike Kennedy in the GOP primary for the U.S. Senate seat being relinquished by Republican Orrin Hatch.

Romney’s presence on the ballot in Utah marked another turn in a political career that has played out in different venues – he served as Massachusetts governor and ran for a U.S. Senate seat there before seeking the presidency twice – and with differing relationships with the president.

After seeking Trump’s endorsement in 2012, Romney warned in March 2016 that “the prospects for a safe and prosperous future are greatly diminished” if Trump became the GOP presidential nominee. As a candidate for Senate, Romney has been less hostile toward Trump, raising questions about what kind of senator he will be if he wins in November, as is widely expected.

Yet if Trump’s victories Tuesday marked a continuation of a primary-season trend, Crowley’s defeat came as a rare shock. Crowley is the first sitting Democratic House member to lose renomination since 2016. First elected in 1998, he had expanded his profile inside the party and faced no personal controversies.

But Ocasio-Cortez argued that the increasingly non-white district, which stretches from the Bronx to Queens, had been represented for too long by a figure from the local political machine. Crowley, who chaired the Queens County Democratic Party while serving in Congress, had played a major role in determining candidates for local offices. Ocasio-Cortez said he had grown too distant – he enrolled his children in a Northern Virginia school – and too dependent on donations from corporate PACs.

Crowley took the contest seriously, spending $1.5 million in his first primary race since 2004. He was the first member of the Democratic leadership to endorse the House’s universal Medicare bill, and he joined protests against the Trump administration’s travel ban and its immigration policies.

Ocasio-Cortez told voters they could do better – she refused corporate PAC money, emphasizing that most of the $300,709 she’d raised for her campaign came from small donors, most of them from in and around the district.

According to the Center for American Women and Politics at Rutgers University, Ocasio-Cortez would be just the second Latina to represent New York in the House, should she win in November in what is considered a safe Democratic district.

Crowley was one of several veteran House Democrats facing insurgent challengers Tuesday in races that thrummed with generational and racial differences.

In the 25th District, which has remained empty since the March 16 death of Louise Slaughter, longtime State Assembly leader Joe Morelle won the Democratic nomination.

Elsewhere Tuesday, far-right former South Carolina legislator Lee Bright – one of the few Republicans to oppose the removal of the Confederate flag from the statehouse during Haley’s tenure – lost to state legislator William Timmons in the GOP race for the House seat Rep. Trey Gowdy is vacating.

A Democratic family feud reached its conclusion in Colorado, where lawyer and party favorite Jason Crow defeated liberal challenger Levi Tillemann in the 6th District, a swing seat in the Denver suburbs. He will face endangered Rep. Mike Coffman, a moderate Republican trying to broker an immigration compromise who has expressed frustration with Trump.

Democrats are trying to extend their 12-year hold on the Colorado governor’s mansion and nominated Rep. Jared Polis for this year’s race. In the Republican gubernatorial primary, state Treasurer Walker Stapleton, a cousin of the Bush family, was the victor Tuesday.

The only House race in Oklahoma that Democrats viewed as potentially competitive was in the 5th District, held by Rep. Steve Russell, R. Former congressional staffer Kendra Horn advanced to a runoff against retired professor Tom Guild.