National At Least 2,700 Firefighters Are Working to Contain California’s First Big Fire of the Year
National 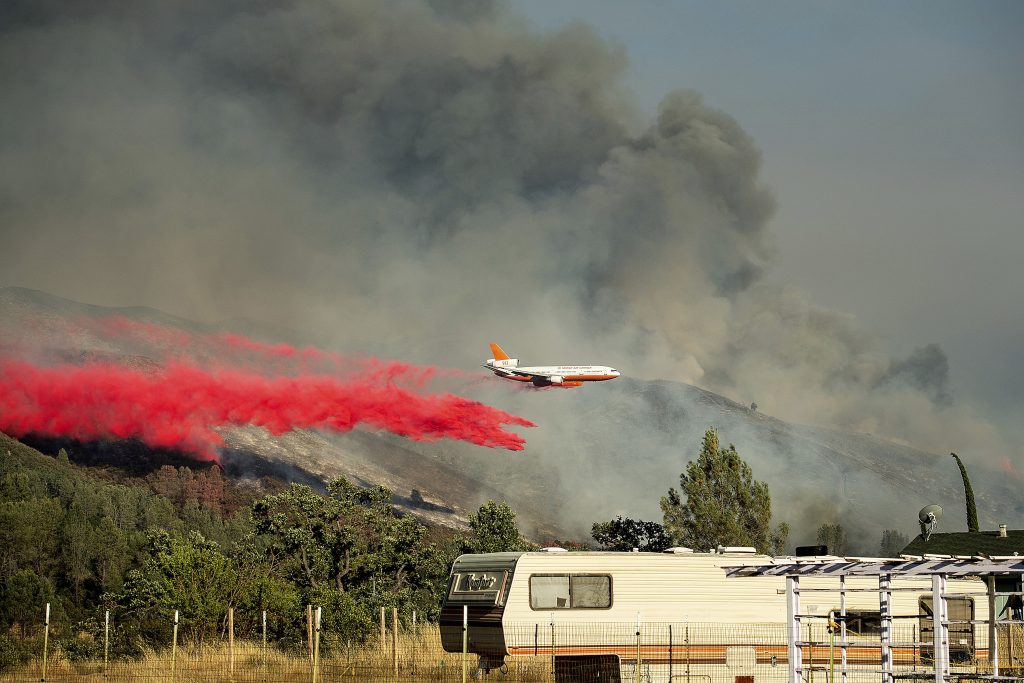 In the last two days, the force fighting the Pawnee fire north of Clearlake Oaks in Lake County, Calif., has ballooned from a regional group of 200 to more than 2,700 firefighters from across California.

At the same time, containment of the blaze increased to 25 percent by Wednesday morning, the California Department of Forestry and Fire Protection said. Crews hope to exert further control over the fire heading into the weekend, when temperatures are expected to climb.

Most of the containment has occurred on the southwestern edge of the fire, where crews have established defensive positions to protect homes in Clearlake Oaks and Spring Valley, said Calfire spokesman Anthony Brown.

The blaze has been spreading northeast into hills and valleys and away from homes and has consumed 13,500 acres, he said. Winds have been light and have not posed a significant challenge to firefighters.

Though crews have made gains, more than 600 home and business owners in the county remain under evacuation orders for a third day. Twenty-two structures have been destroyed and four damaged. Brown said evacuees may be allowed to return in the coming days.

“We want to make sure before we let folks back in that once you get there you won’t have to re-evacuate,” Brown said.

On Sunday, the state Office of Emergency Services announced it had secured federal dollars for additional resources to fight the Pawnee fire. Fixed-wing air tankers and 15 helicopters are also helping in the effort.

On Monday, Gov. Jerry Brown declared a state of emergency in Lake County. The declaration helps free resources and enables the county to recover some of the costs of fighting the blaze.

Lake County has been repeatedly hit by fires in recent years. More than 150 homes were destroyed in October when multiple brush fires broke out in Northern California’s wine country and communities to the north.

In 2015, more than 500 homes were destroyed in the Valley fire, which injured four firefighters and burned 76,000 acres.