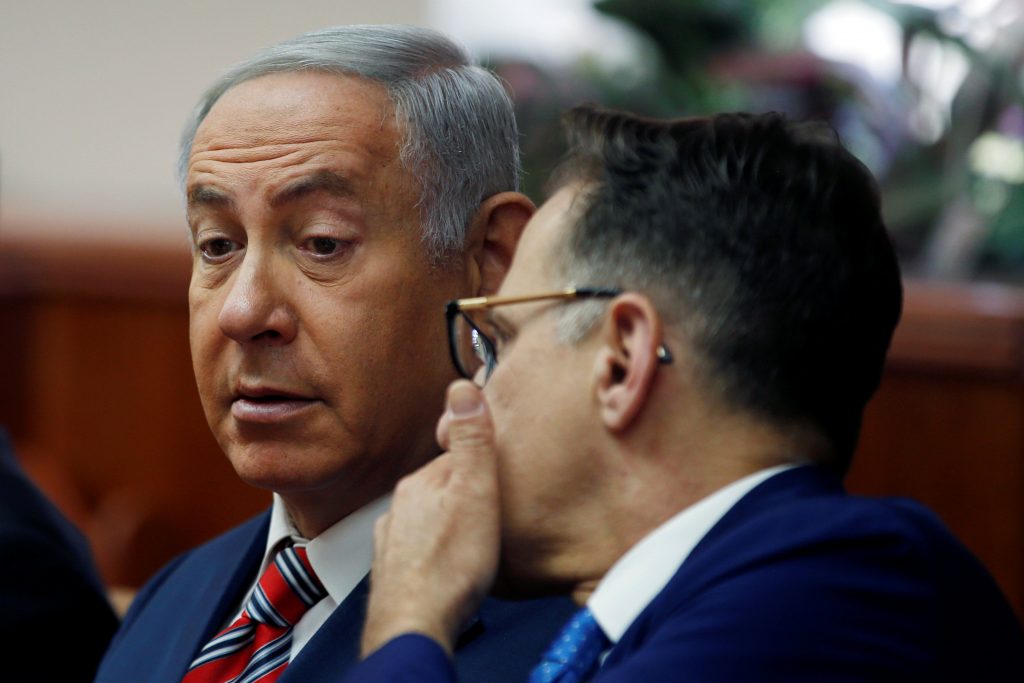 Prime Minister Binyamin Netanyahu on Sunday told his weekly cabinet meeting that he spoke over the weekend with both Russian President Vladimir Putin and U.S. Secretary of State Mike Pompeo, reiterating to them the importance that Iran withdraw from all of Syria.

The Kremlin said Friday that Putin and Netanyahu discussed the situation along Syria’s border with Israel.

The Kremlin said the two leaders discussed “the situation in Syria in the context of joint efforts to ensure security around the Syrian-Israeli border” in their call. It added they “voiced readiness to strengthen coordination on Syria, including on combating international terrorism.”

Netanyahu said that he “reiterated our guiding principles regarding Syria. First of all, Iran needs to withdraw from all of Syria.”

He added that Israel will take action – and already is taking action – against efforts to establish a militarily presence by Iran and its proxies in Syria both close to the border and deep inside Syria.

“We will act against these efforts anywhere in Syria,” he said.

The Syrian government’s plans to recapture rebel-held areas near the border raised Israeli concerns its other backers besides Russia — Iran and Lebanese terror group Hezbollah — could reaffirm their presence there. Israel has warned it wouldn’t allow Iran to maintain a military presence in Syria.

Pompeo and Netanyahu met in Tel Aviv in April, when they discussed Israeli concerns regarding Iranian troops and Iran-backed militia operating in Syria.

Netanyahu has spoken and met with Putin regularly in recent years regarding Syria, where Russia is fighting on behalf of Syrian President Bashar Assad.