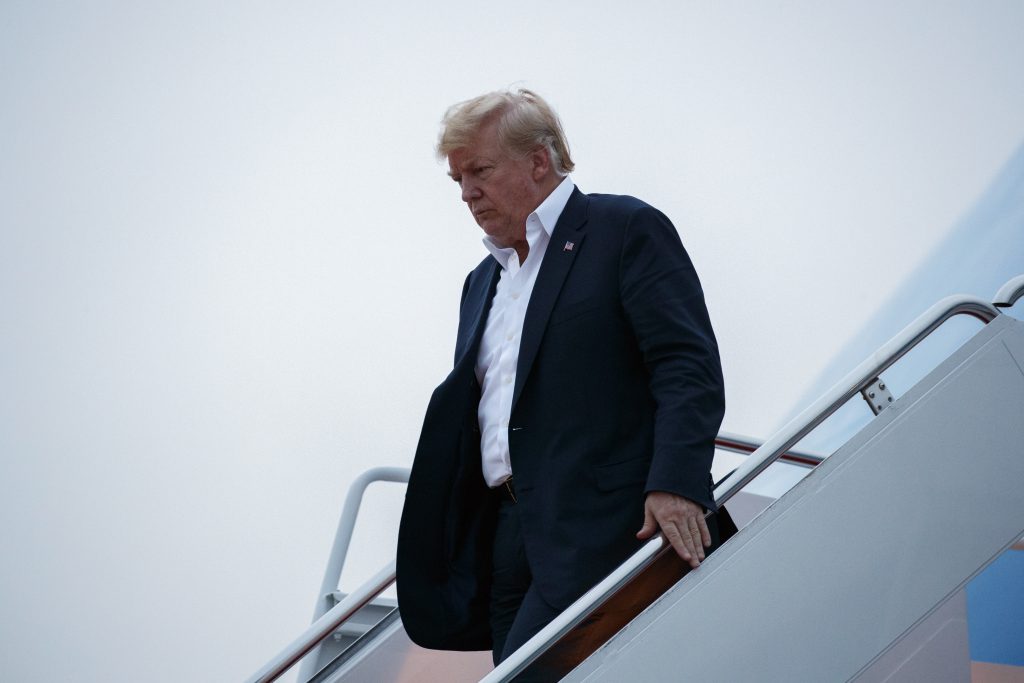 President Donald Trump declared on Twitter Wednesday that there was “no longer a Nuclear Threat from North Korea,” a bold and questionable claim following his summit with leader Kim Jong Un that produced few guarantees on how and when Pyongyang would disarm.

“Just landed – a long trip, but everybody can now feel much safer than the day I took office,” he tweeted. “There is no longer a Nuclear Threat from North Korea. Meeting with Kim Jong Un was an interesting and very positive experience. North Korea has great potential for the future!”

As the top U.S. diplomat jetted to South Korea for follow-up talks Wednesday, much of Asia was still trying to process the whirlwind events of the day before.

There was, at times, a surreal quality to the carefully staged, five-hour meeting of two men who’d been threatening each other with nuclear war and insulting each other’s mental and physical attributes just months before. Trump repeatedly praised Kim’s negotiating skills and their new relationship and expressed hope for “a bright new future” for Kim’s impoverished nation.

But there were worries, especially in Tokyo and Seoul, which both have huge U.S. military presences, about Trump agreeing to halt U.S. military exercises with South Korea, which the North has long claimed were invasion preparations. That concession to Kim appeared to catch the Pentagon and officials in Seoul off guard, and some South Koreans were alarmed.

“The United States is our ally, so the joint military drills are still necessary to maintain our relationship with the U.S.,” said Lee Jae Sung, from Incheon. “I think they will be continued for a while.”

On the issue the world has been most fixated on — North Korea’s pursuit of a nuclear arsenal meant to target the entire U.S. mainland — Trump and Kim signed a joint statement that contained a repeat of past vows to work toward a denuclearized Korean Peninsula. The details of how and when the North would denuclearize appear yet to be determined, as are the nature of the unspecified “protections” Trump is pledging to Kim and his government.

Despite the confusion and disappointment among some, the summit managed to, for a time at least, reset a relationship that has long been characterized by bloodshed and threats. In agreeing to the summit, Trump risked granting Kim his long-sought recognition on the world stage in hopes of ending the North’s nuclear program.

“Before taking office people were assuming that we were going to War with North Korea,” Trump tweeted Wednesday. “President (Barack) Obama said that North Korea was our biggest and most dangerous problem. No longer – sleep well tonight!”

As Trump acknowledged that denuclearization would not be accomplished overnight, the North suggested Wednesday that Trump had moved away from his demand for complete denuclearization before U.S. sanctions on the long-isolated country are removed.

The state-run Korean Central News Agency said the two leaders “shared recognition to the effect that it is important to abide by the principle of step-by-step and simultaneous action in achieving peace, stability and denuclearization of the Korean Peninsula.” KCNA also reported that Trump had expressed his intention to lift sanctions “over a period of goodwill dialogue” between the two countries.

The White House declined to comment on the North Korean characterization of the deal. Instead, officials merely pointed to the text of the joint Trump-Kim statement, and left it at that.

The Singapore agreement does not detail plans for North Korea to demolish a missile engine testing site, a concession Trump said he’d won, or Trump’s promise to end military exercises in the South while negotiations between the U.S. and the North continue. Trump cast that decision as a cost-saving measure, but also called the exercises “inappropriate” while talks continue.

While progress on the nuclear question was murky, the leaders spent the public portions of their five hours together expressing optimism and making a show of their new relationship. Trump declared he and Kim had developed “a very special bond,” and seemed to delight in giving Kim a glimpse of the presidential limousine. Kim, for his part, said the leaders had “decided to leave the past behind” and promised, “The world will see a major change.”