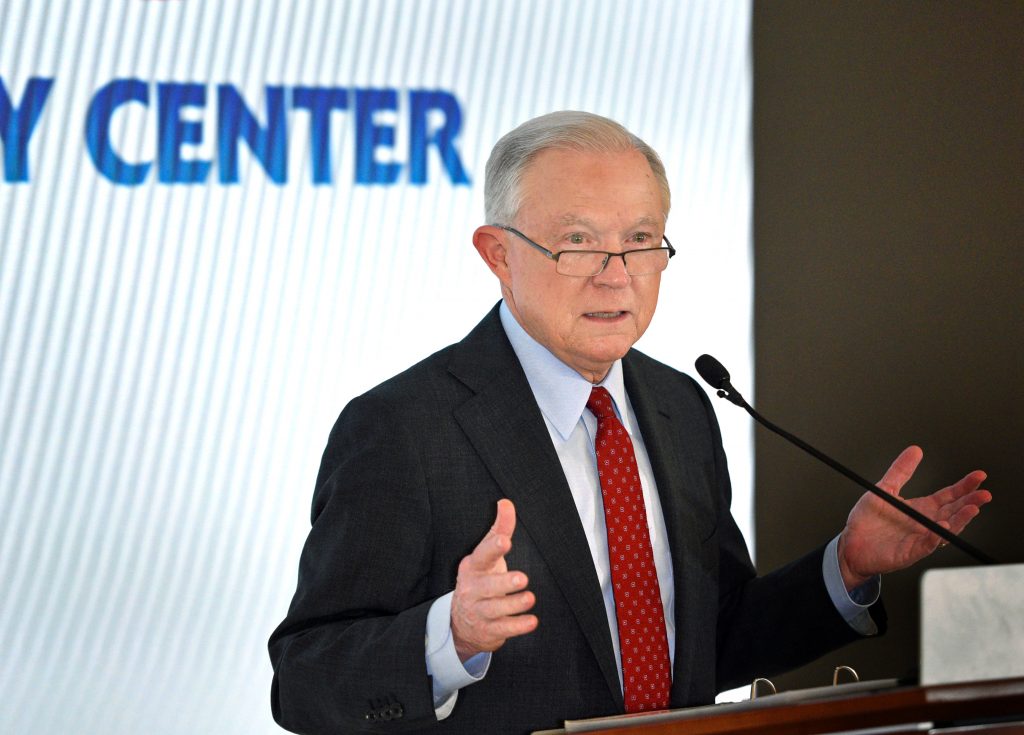 A new initiative to protect houses of worship against municipalities trying to block their rights by using unfair zoning regulations has been launched by the Department of Justice. Highlighting the issue’s heightened significance to the Jewish community, the department jointly announced a lawsuit it is serving against a New Jersey town over alleged discrimination against an Orthodox shul.

“In order to sustain a democracy, it is necessary to have tolerance and respect and not to impose our beliefs on others,” he said. Noting increased hostility to religious groups in recent years, the attorney general said that “some local officials even try to keep [religious groups] out of their backyard by abusing zoning laws … [the initiative] will help us bring more cases and help us win … and … prevent more discrimination from happening.”

Known as the “Place to Worship Initiative,” the program will focus on the legal rights of religious institutions to “build, expand, buy, or rent facilities,” and seeks to boost adherence to the Religious Land Use and Institutionalized Persons Act (RLUIPA) passed in 2000.

The attorney general emphasized the importance of the issue to the Jewish community, pointing out that while Jews make up some two percent of the U.S. population, since RLUPA’s passage, 20 percent of cases brought under the law have involved Jewish institutions.

Nathan Diament, the OU’s executive director for public policy, who introduced the attorney general at the event, welcomed the DOJ’s announcement.

“Zoning and land use laws continue to be used too often to discriminate against Orthodox shuls and other communities,” he told Hamodia. “The RLUIPA law — which the OU helped carry and pass many years ago — is a strong tool to thwart this, and the Justice Department’s new initiative to ramp up awareness and enforcement of it will help our community and many others.”

RLUIPA protects religious institutions from unduly burdensome or discriminatory land-use regulations, stating that they must be given the same consideration and treatment as secular organizations.

As part of the initiative, the DOJ is planning a series of events across the country to educate both local officials and religious organizations about RLUIPA’s requirements, as well as holding additional training for federal prosecutors.

The DOJ has backed up its commitment to the cause by jointly announcing that the department is serving a lawsuit against the New Jersey town of Woodcliff Lake for its zoning board’s repeated efforts to stymie the Valley Chabad House’s attempts to purchase larger facilities for its operations.

The suit is the culmination of an investigation launched by the DOJ, and builds on a 2016 suit by Chabad, claiming it was “the victim of a targeted effort to prevent it from developing a house of worship in the borough, resulting from unjustified fear and prejudice of Haredi Orthodox Jews.”

The suit against the upper Bergen County town is one of many that has been served by Orthodox groups against New Jersey townships in recent years. In April, a federal court ruled that Toms River was in the wrong for attempting to prevent its local Chabad from holding services in a private home, its present headquarters. Earlier this year, the towns of Mahwah and Jackson moved to settle lawsuits against them over zoning restrictions placed on the construction of eruvin and schools, amid investigations and legal action by the state attorney general’s office.

The DOJ’s first information session is scheduled to be held in Newark on June 25.

“Too often religious organizations, especially smaller and less-well-funded groups, get trampled beneath a burdensome and often discriminatory zoning scheme and do not have the means to defend themselves,” he said. “Knowing that the Department of Justice is on their side should help churches, synagogues, mosques and temples to confidently stand up for their rights.”

Mr. Storzer’s firm, which specializes in RLUPIA cases, also represented Chabad of Toms River as well as Yeshivah Naos Yaakov, which won the right to build in New Jersey’s Ocean Township in a 2016 ruling.

“Those trying to keep us out of their neighborhoods know all too well that ‘if you zone out Orthodox synagogues, you zone out Orthodox Jews,’” he told Hamodia. “It’s an ugly reality that our families and communities have had to face … Attorney General Sessions’ announcement is welcome news indeed, and we hope it will contribute to a better understanding and safeguarding of the rights enjoyed by all religiously observant Americans.”