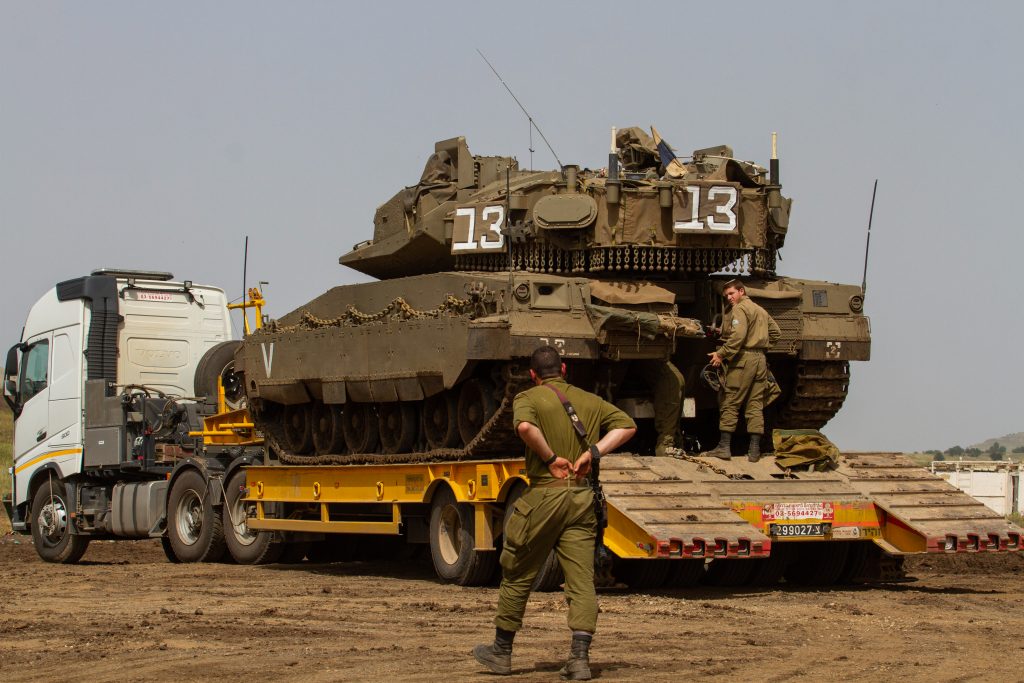 The Syrian army has reinforced its anti-aircraft defences near the frontier with the Israeli Golan Heights, a commander in the regional alliance that backs President Bashar al-Assad said on Tuesday.

Additional defences are set to be deployed in the coming days, the commander told Reuters. The stationing of the Russian-made Pantsir S1 weapon aims “to renew the air defense system against Israel in the first degree,” added the commander, a non-Syrian who spoke on condition of anonymity.

Syria’s multi-sided war has pivoted towards the southwest in recent weeks, risking escalation in an area of major concern to Israel where the conflict has been contained since last year by an agreement underwritten by the United States and Russia.

The Syrian government has separately been preparing an assault on rebels who hold territory at the border with Israel and Jordan. This led Washington last month to warn of “firm and appropriate measures” against any ceasefire violations.

The commander said preparations for the government offensive in the southwest were complete but government forces were now working to finish off a pocket of Islamic State terrorists near the government-held town of Sweida.

Israel wants Iran-backed forces such as Lebanon’s Hezbollah kept away from its frontier and removed from Syria more widely. Hezbollah leader Sayyed Hassan Nasrallah said last week the group would stay in Syria as long as Assad wanted it there.

Rebel forces in southwestern Syria have played down the prospects of a government offensive in the area, saying the United States and Jordan are committed to upholding the “de-escalation” agreement with Russia.

But they have also prepared for the possibility of an attack. A rebel commander in the southwest, Colonel Nassim Abu Arra of the Youth of Sunna Forces, told Reuters that opposition forces had formed a joint military leadership on Monday.

Syrian Foreign Minister Walid al-Moualem said this month the government aimed to recapture insurgent areas in the southwest through a settlement in which fighters accept state rule or leave – the approach used by the state to win back other areas.