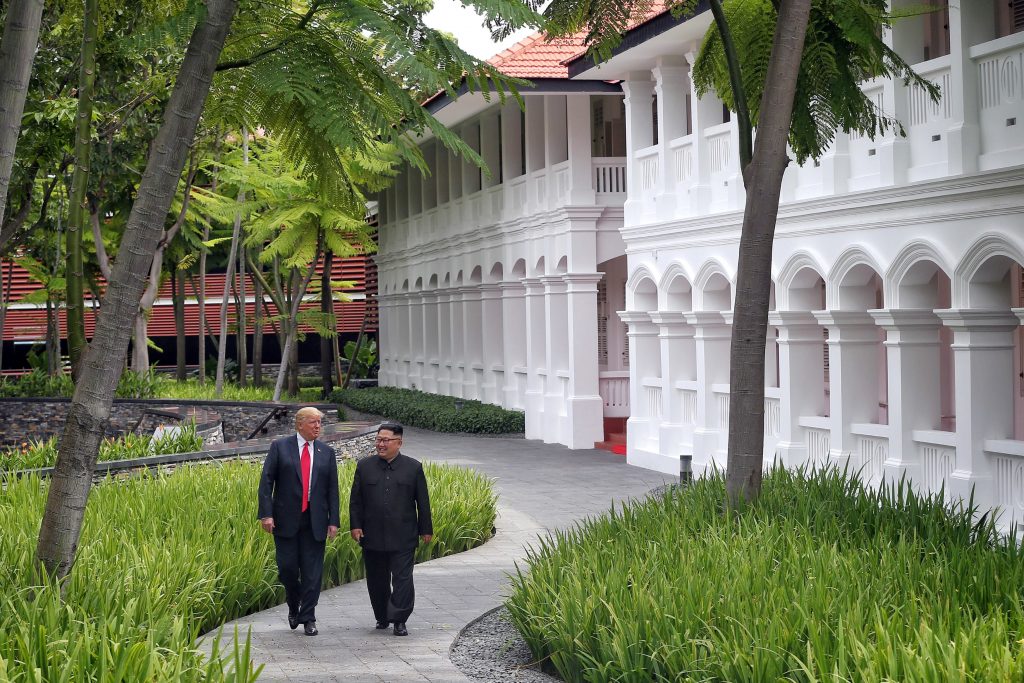 The summit between U.S. President Donald Trump and North Korean leader Kim Jung-Un in Singapore Tuesday has inspired Israeli politicians on the left – and even on the right – to call for a similar summit between Israelis and Palestinians. Zionist Camp head Avi Gabay said Tuesday that “like in all negotiations, the path to talks is paved with trust and common interests, even if it appears impossible. What happened between the U.S. and North Korea could happen in the Middle East, or anywhere else. It sounds illogical, but it could happen.”

In a social media post, fellow Zionist Camp MK Shelly Yechimovich affirmed Gabay’s stance – along with some praise for the American leader who pulled off the summit. “I cannot believe I am writing this, but I have to salute President Trump. We don’t know how this will end yet, but there is no question that this summit is a historic moment. These two bitter enemies are breaking down walls that have long been in place. President Obama, whom I greatly admire, got a Nobel Prize for a lot less than this.

“The term ‘world peace’ now seems a bit less of a fantasy,” Yechimovich wrote. “Leaders are tested based on historic events like this, even when things seem impossible and are very controversial. May it be the same with our situation soon as well.”

Knesset Speaker Yuli Edelstein (Likud) also had high hopes for Israel in the wake of developments in the Far East. “South Korea has been long-threatened by North Korea, and Israel is threatened with nuclear weapons by Iran,” he said. “I hope that the agreement signed by Trump and Kim will also lead to a similar process in our region. The summit is an important development not just for South Korea, but for the whole world. It will be a lengthy process, but the results are likely to be revolutionary. Just a few years ago we could not have imagined that regimes like North Korea’s would willingly give up its arms and power. I am very hopeful that this process will inspire the same desire to bring about a similar process in the Middle East.”

Looking at things from another point of view, Likud MK Tzachi Hanegbi also praised Trump, calling him “amazing,” and adding that “the detente between the U.S. and North Korea is a mortal blow to the radical evil group of nations led by Iran. This is a historic day for the free world, and for Israel.”