The Heat Is Back on High: May Smashes U.S. Temperature Records 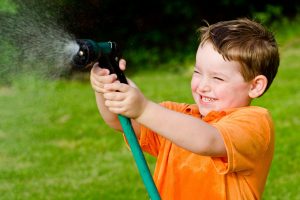 Record heat returned to the United States with a vengeance in May.

May warmed to a record average 65.4 degrees in the Lower 48 states, breaking the high of 64.7 set in 1934, according to federal weather figures released Wednesday. May was 5.2 degrees above the 20th century’s average for the month.

Weather stations in the nation broke or tied nearly 8,600 daily heat records in May, the National Oceanic and Atmospheric Administration reported. It hit 100 in Minneapolis on May 28, the earliest the city has seen triple digits.

What made May seem even warmer was that April was unusually cool for much of the United States, he said. Wisconsin had its coldest April followed by its second warmest May.

The United Kingdom, Germany and other places also set May heat records, but overall global figures for the month are still being tabulated, Crouch said.

It was especially warm at night in the U.S during May. The overnight low temperature averaged 52.5 degrees nationwide. That broke the record by 2 degrees which “is unheard of” at this time of year, he said.

U.S. temperature reports go back to 1895. With the new May record, six of the U.S. monthly record highs have been set since 2006.