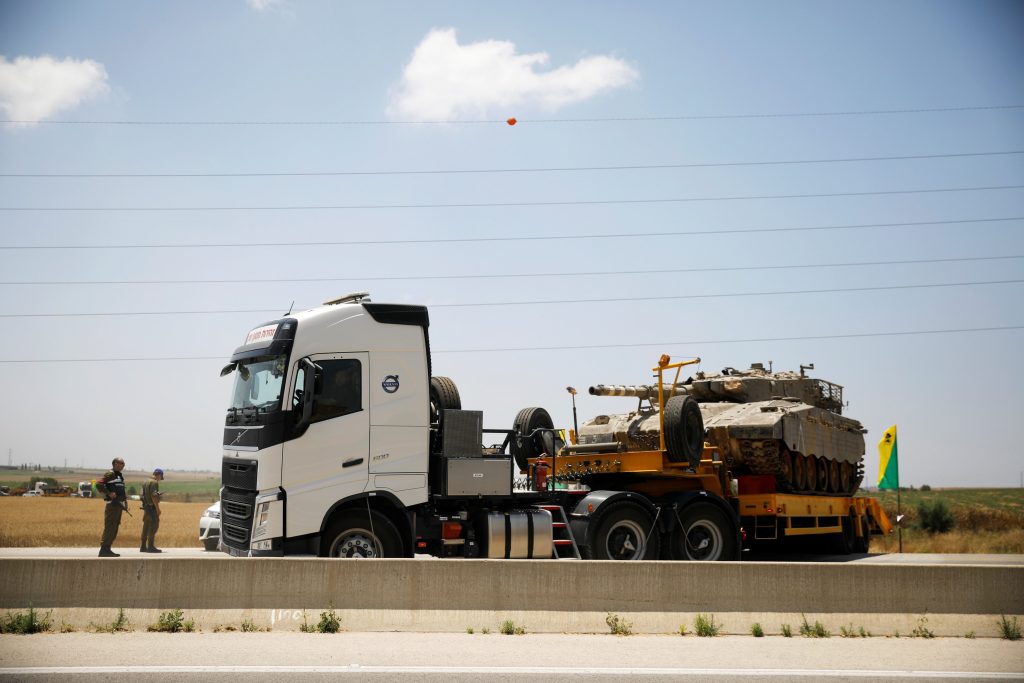 The ceasefire, however informal, was holding in the Gaza periphery on Wednesday.

While Israeli officials disputed Hamas claims to an Egyptian-brokered ceasefire, and warned they would retaliate for any new attack, the quiet that followed a night of Gaza rockets and IDF paybacks delivered by tank and fighter jets was not in dispute.

The Home Front Command lifted restrictions on residents in the Gaza periphery to take effect at 6 p.m. on Wednesday. People were told they no longer had to stay close to bomb shelters.

Also at 6 p.m., the security cabinet was scheduled to meet for a review of the situation.

Repair work began on power lines in southern Israel that supply electricity to Gaza which had been damaged by a rocket fired by one of the terror groups. Tens of thousands of people in the Hamas-run enclave were reportedly without electricity.

Energy Minister Yuval Steinitz had ordered the IEC to wait for a clear break in the fighting so as “not endanger its workers.” However, the work began even though rocket fire continued until 5 a.m.

The IDF decided to hold off on a ceremony for Maj. Gen. Herzl Halevi to take over as head of the IDF Southern Command from Maj. Gen. Eyal Zamir until the situation has become clearer.

An interim report of the IDF Home Front Command said that during the 22 hours, from 7 a.m. Tuesday to 5:17 a.m. Wednesday, air raid sirens went off at least 166 times in southern Israel, triggered by mortar fire, rockets and, in some cases, machine gun fire.

The final count of projectiles fired at southern Israel from Gaza was thought to be close to 200, but no definite number was available yet.

Dozens of the incoming shells and rockets were intercepted by the Iron Dome missile defense system, which proved relatively successful for the first time against the short-range mortar fire.

B’chasdei Shamayim, no deaths and only 5 injuries were reported among Israelis; but there were numerous close calls.

Like that of the kibbutz couple living near the Gaza border who awoke on Wednesday morning to discover that a rocket fired from Gaza had landed and detonated on their porch. The explosion left a 3-foot wide hole in the floor and wrecked some nearby furniture.

“My husband and I were home without the kids. I slept in my bed at first, next to where the rocket fell.”

“When the [rocket alert] siren went off at 11 p.m., my husband said we weren’t going to sleep if we had to wake up every time [a rocket is launched from Gaza], so we went to sleep in the bomb shelter.”