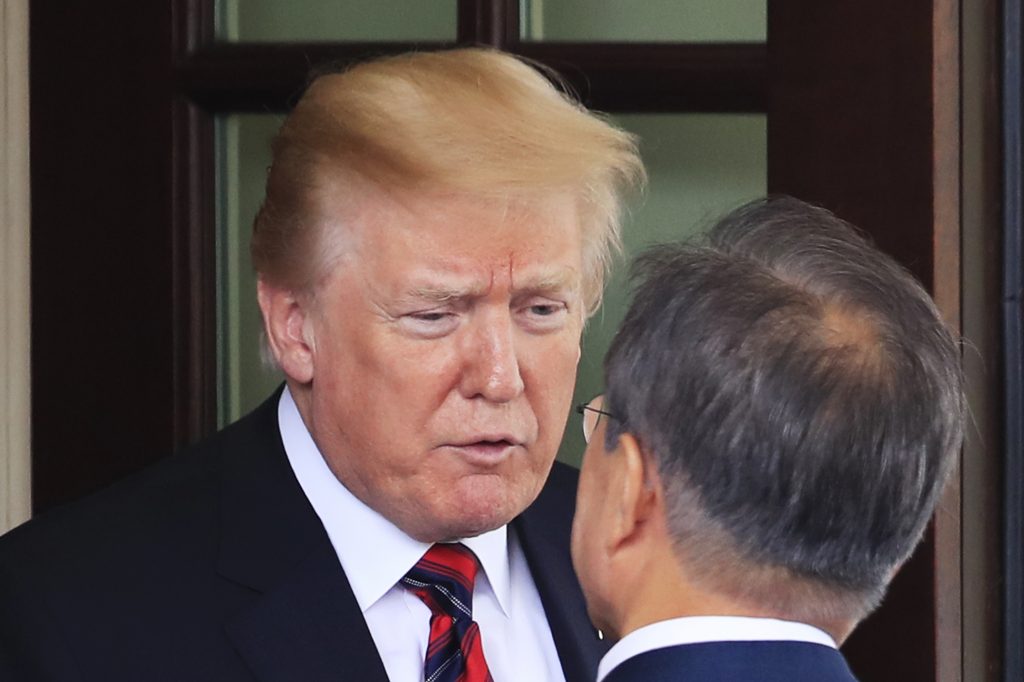 President Donald Trump escalated his efforts to discredit the Russia investigation Wednesday, saying the FBI has been caught in a “MAJOR spy scandal” over their use of a secret informant to determine whether some of Trump’s campaign aides were working with Russia ahead of the 2016 election.

“SPYGATE could be one of the biggest political scandals in history!” Trump said in an early morning Twitter tirade.

Trump and his GOP supporters in Congress are now demanding information on the outside informant, claiming it is proof that the Obama administration was trying to spy on his campaign for political reasons. The White House has negotiated rare access to classified documents for Trump’s congressional allies in a briefing expected Thursday.

“Look how things have turned around on the Criminal Deep State,” Trump tweeted Wednesday. “They go after Phony Collusion with Russia, a made up Scam, and end up getting caught in a major SPY scandal the likes of which this country may never have seen before! What goes around, comes around!”

The Justice Department agreed by expanding an open, internal investigation to determine whether there was any politically motivated surveillance. And the White House said that Trump chief of staff John Kelly would organize the meeting with House lawmakers to review the documents, although he and other White House staffers would not be present.

White House press secretary Sarah Sanders said no Democrats were invited because they had not requested the information, despite calls from lawmakers for the briefing to be bipartisan.

The New York Times was the first to report that the FBI had an informant who met several times with Trump campaign officials who had suspicious contacts linked to Russia.

The Justice Department’s internal probe began in March at the request of Attorney General Jeff Sessions and congressional Republicans. Sessions and the lawmakers urged Inspector General Michael Horowitz to review whether FBI and Justice Department officials abused their surveillance powers by using information compiled by Christopher Steele, a former British spy, and paid for by Democrats to justify monitoring Carter Page, a former campaign adviser to Trump.

Horowitz said his office will look at those claims as well as communications between Steele and Justice and FBI officials.