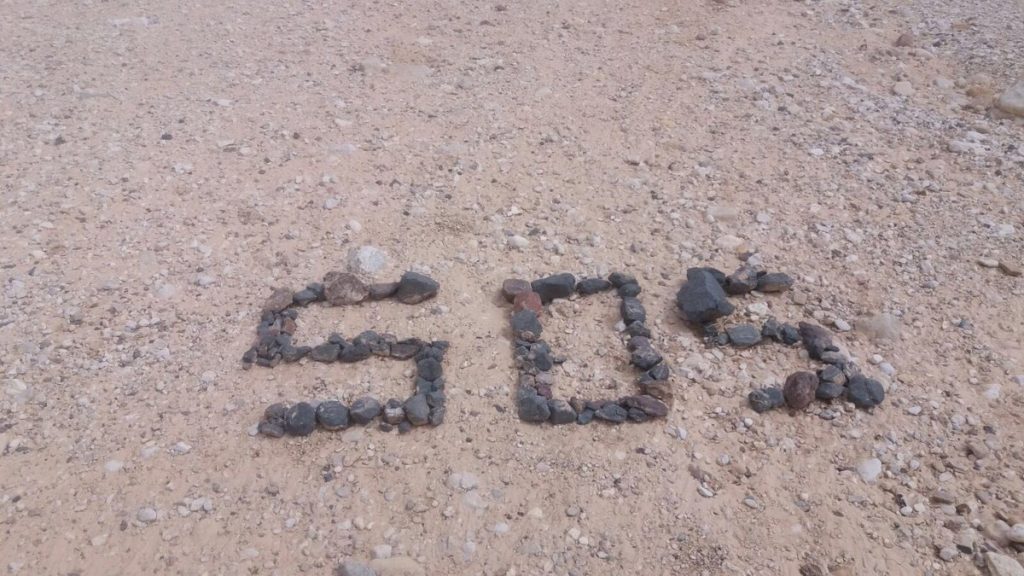 An Israeli couple lost in the Negev desert facilitated their own rescue by writing SOS in an arrangement of rocks that was spotted by a helicopter.

Leila and Daniel, who did not give their last name, told Hadashot that they lost their way while hiking in Nahal Nekarot near the Ramon crater, two days ago.

The couple, in their 30s, decided to make the SOS emergency sign as their situation began to go desperate. They were running out of water and were worried about dehydrating, so they took shelter from the sun by digging holes on either side of a shallow cave and moving from one side to the other as the sun moved from east to west.

Their families, who had become worried about them after not hearing from them for two days, called rescue services early on Tuesday morning.