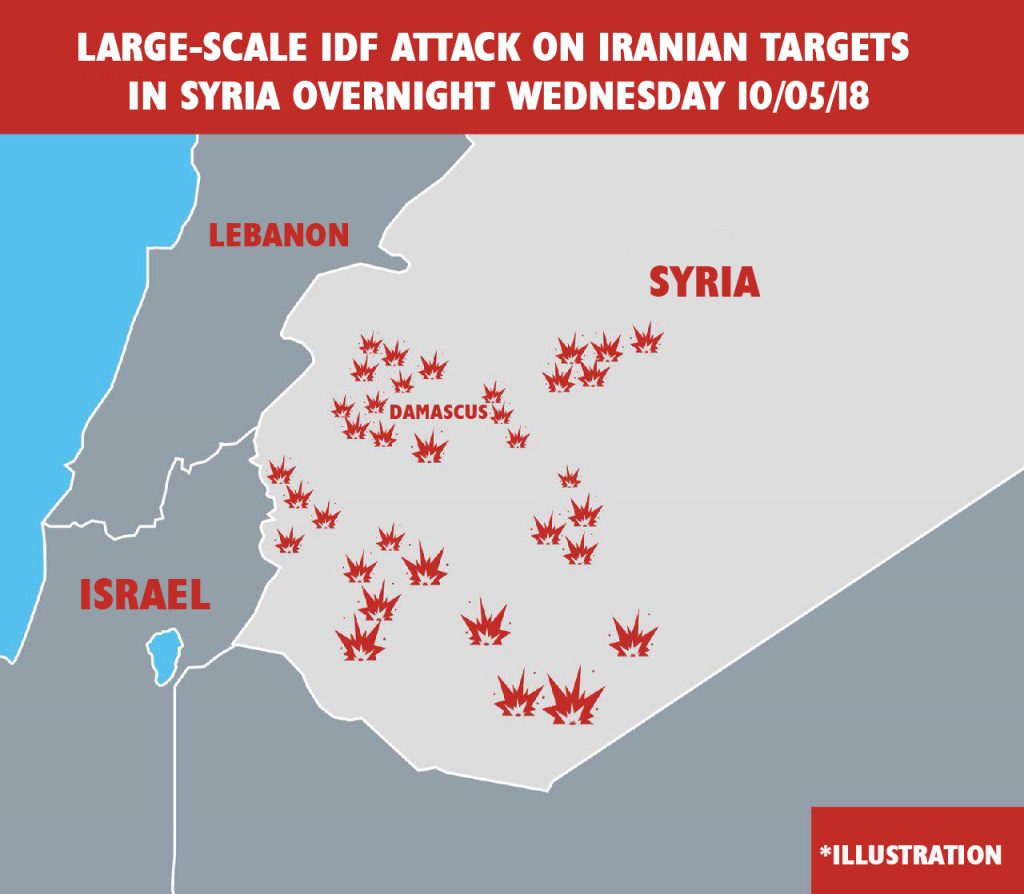 The IDF attack on Iranian installations in Syria overnight Wednesday was one of the biggest IDF campaigns in recent years – and among the most successful, said IDF Spokesperson Ronen Manalis. Speaking to Army Radio Thursday morning, Manalis said that the attacks “made a substantial impact on the abilities of the Iranian forces to operate in Syria. In the coming hours they will understand how badly they have been hit” as they assess the damage, Manalis said.

Manalis said that Israeli forces caused a great deal of strategic damage to Iranian interests with a single mission – and that was just a taste of what the Iranians could expect if they continued their efforts to install themselves in Syria. Wednesday night’s attack was “just a tip of the iceberg of the capabilities of the IDF,” Manalis said. “I believe the Iranians now understand this.”

The army said in a statement earlier that it had hit dozens of Iranian-run installations in Syria, among them missile and ammunition storage silos and warehouses, an Iranian base north of Damascus, a weapons warehouse at Damascus’s main civilian airport, intelligence facilities and lookout posts operated by Iranian troops, and a logistics center south of Damascus. No official statements have been made by Syria or Iran on the attacks, and the number of casualties, if any, is not known.

Israel carried out the attacks after Iranian forces in Syria fired some 20 missiles at Israeli targets in the Golan. All were either shot down by Iron Dome and Patriot missiles defense systems, or fell harmlessly in open areas. B’chasdei Shamayim, there were no injuries or damage reported in Israel.

It was the heaviest Israeli barrage in Syria since the start in 2011 of its civil war, in which Iranians, allied Shiite militias and Russian soldiers have deployed in support of President Bashar al-Assad.

“I don’t think I can tell you that one blow, as effective and crushing as the one they [the Iranians] received last night, is enough to convince a regime that is usually very fanatical and determined,” he said on Israel Radio.