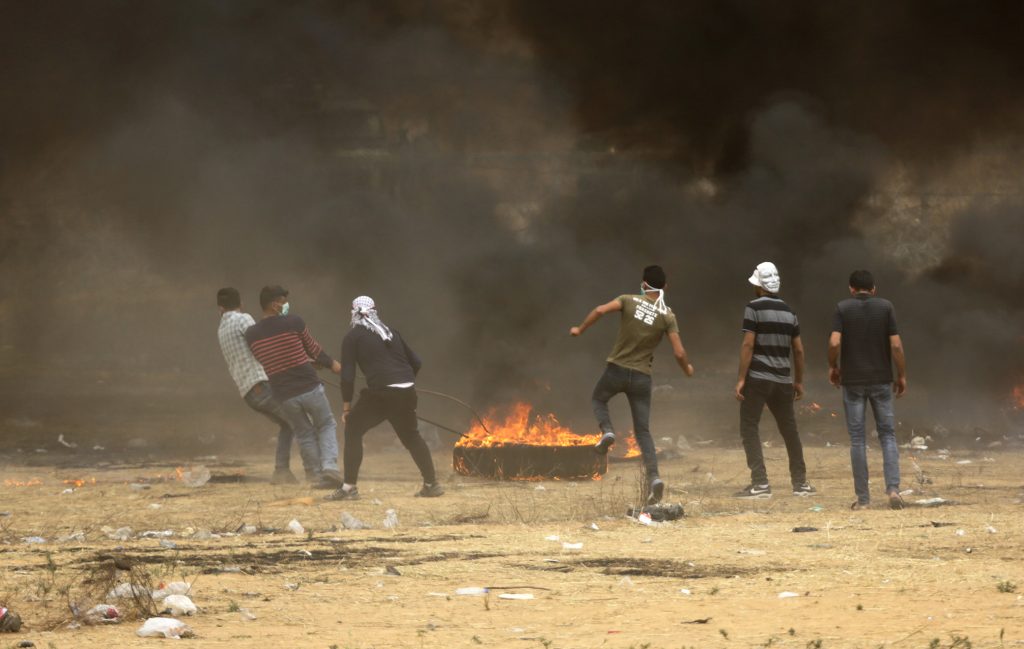 IDF forces on Motzoei Shabbos hit Hamas positions in central Gaza. Israeli planes strafed the positions, blowing them up. Israeli officials said that the positions were being used by Hamas to launch kites and balloons with explosive material attached, aimed at burning down Israelis forests and farms.

The strikes followed a large explosion heard in central Gaza Motzoei Shabbos, in which at least six terrorists were killed. The circumstances of the explosion were not clear, but Israeli officials believe it was a “work accident,” with a bomb that terrorists were building exploding in their faces. Among the casualties are said to be at least one top Hamas bomb expert. Hamas said that Israel was to blame for the explosion.

Gaza sources said that at least six terrorists were killed in weekend rioting. On Friday, some 10,000 rioters massed on the border fence and attempted to break through. They were driven back by Israeli forces. Later Friday, Gaza Arabs set fire to gas depots in the area of the Kerem Shalom crossing, causing a major fire. There was much damage to a warehouse where goods that were being shipped to Gaza were stored, some of which were donated by governments and international aid groups.

The IDF also said that Hamas terrorists had over the weekend staged numerous incidents in which Gaza rioters, especially children, were supposedly injured, causing Israeli forces to halt their anti-riot measures – and using the opportunity to shoot at soldiers. Terrorists also flew bomb-laden kites and balloons in the direction of Israel, attempting to start fires on the Israeli side. In a statement, the IDF said that it would continue to fulfill its mission of protecting Israelis and Israel’s sovereignty.