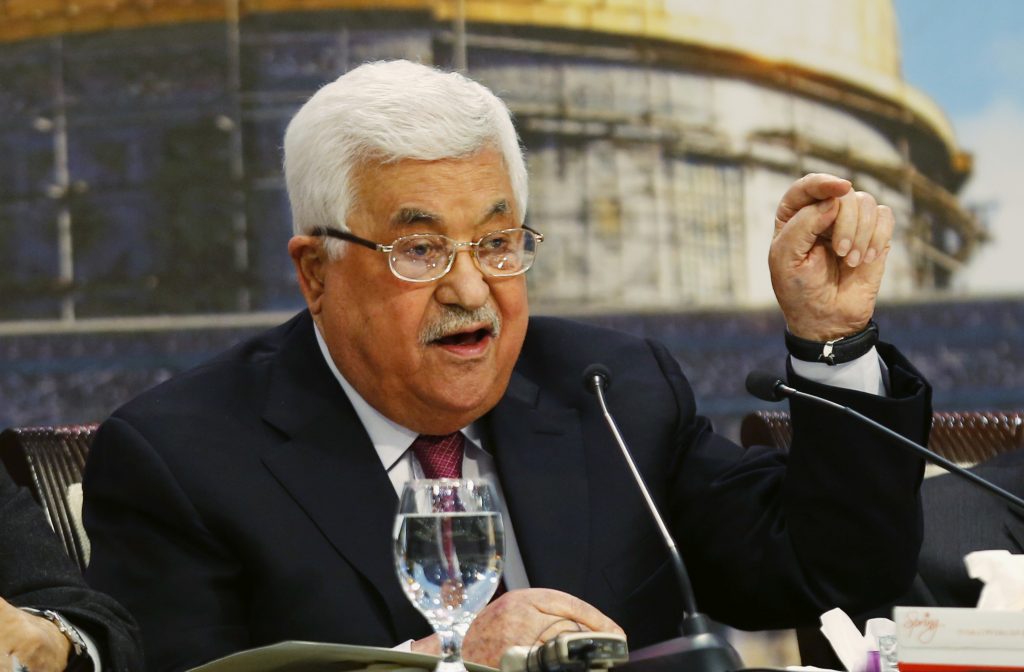 Palestinian Authority President Mahmoud Abbas on Friday offered an apology after he was accused of anti-Semitism for suggesting that historic persecution of European Jews had been caused by their conduct, not by their religion.

Abbas condemned anti-Semitism and called the Holocaust the “most heinous crime in history” in a statement issued by his office in Ramallah after a four-day meeting of the Palestinian National Council (PNC), at which he had made the remarks.

“If people were offended by my statement in front of the PNC, especially people of the Jewish faith, I apologize to them,” Abbas said in the statement.

“I would like to assure everyone that it was not my intention to do so, and to reiterate my full respect for the Jewish faith, as well as other monotheistic faiths.”

Abbas, 82, was excoriated by Israeli and Jewish leaders and diplomats who accused him of anti-Semitism and Holocaust denial for his remarks on Monday during his opening speech to the PNC, the de facto parliament of the Palestine Liberation Organization.

He said that Jews living in Europe had suffered massacres “every 10 to 15 years in some country since the 11th century and until the Holocaust.”

Israeli Defense Minister Avigdor Liberman swiftly rejected Abbas’ apology. He wrote on Twitter that Abbas “is a wretched Holocaust denier, who wrote a doctorate of Holocaust denial and later also published a book on Holocaust denial. That is how he should be treated. His apologies are not accepted.”

Reacting to the speech, Prime Minister Binyamin Netanyahu on Wednesday accused Abbas of grave anti-Semitism and Holocaust denial. Rabbis Marvin Hier and Abraham Cooper of the U.S.-based Simon Wiesenthal Center said Abbas’ words were those of “a classic anti-Semite.”

A veteran member of Fatah, the PLO’s dominant faction, Abbas served for decades as a loyal deputy of his predecessor, Yasser Arafat. He assumed the leadership of Fatah, the PLO and the Palestinian Authority after Arafat died in 2004, and was re-elected as chairman of the PLO’s Executive Committee on Friday.

In 1982, Abbas obtained a doctorate in history at the Moscow Institute of Orientalism in the then-Soviet Union. His dissertation, entitled “The Secret Relationship between Nazism and the Zionist Movement,” drew widespread criticism from Jewish groups.

The following year, the Simon Wiesenthal Center released translated quotations from the book, including one excerpt about World War II in which, according to the center’s translation, Abbas wrote:

“Following the war … word was spread that six million Jews were amongst the victims and that a war of extermination was aimed primarily at the Jews … The truth is that no one can either confirm or deny this figure. In other words, it is possible that the number of Jewish victims reached six million, but at the same time it is possible that the figure is much smaller – below one million.”

After Abbas’ speech on Monday, Hier and Cooper said: “The world can now see that, for Palestinian Authority President Abbas, nothing has changed in the 45 years since his doctoral dissertation was first published.”

In his apology on Friday, Abbas said: “I would also like to reiterate our long-held condemnation of the Holocaust as the most heinous crime in history, and express our sympathy with its victims.

“Likewise, we condemn anti-Semitism in all its forms, and confirm our commitment to the two-state solution, and to live side by side in peace and security.”