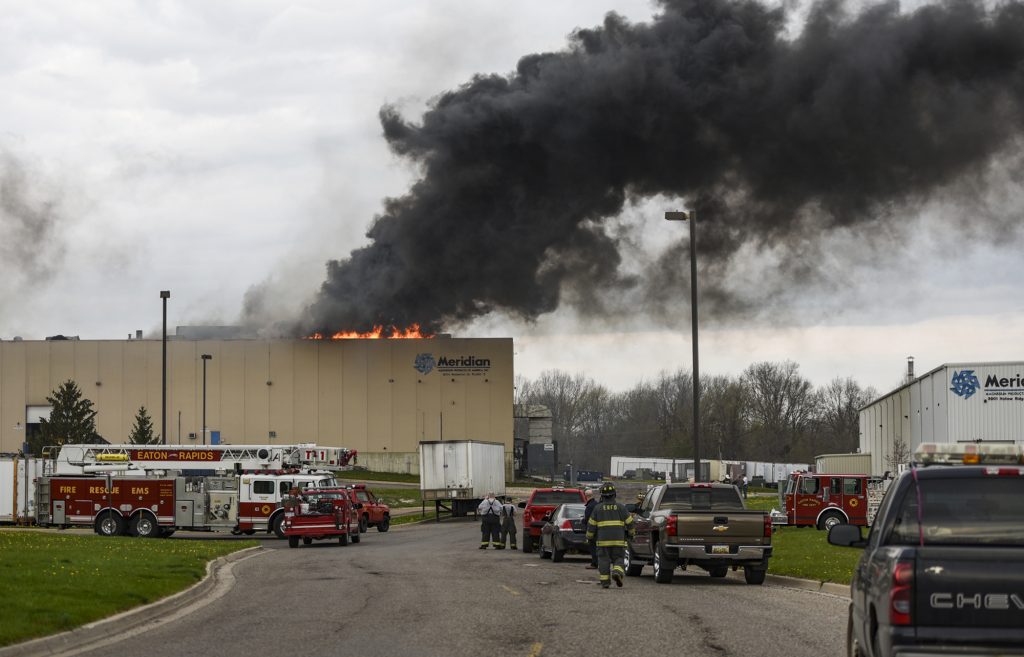 Authorities say explosions and a large fire at an auto-parts plant in Michigan injured two people and forced the evacuation of workers.

The city’s Mayor Paul Malewski told the Lansing State Journal that the plant’s roof has been destroyed. The flames subsided later Wednesday morning. Malewski says no homes have been evacuated and the smoke has dissipated because of strong winds.

Malewski says an initial explosion at the plant about 80 miles west of Detroit set off a series of explosions. WILX-TV reports people felt the blast miles away.

The cause is under investigation.

The newspaper says the two injured people have been treated at a hospital.