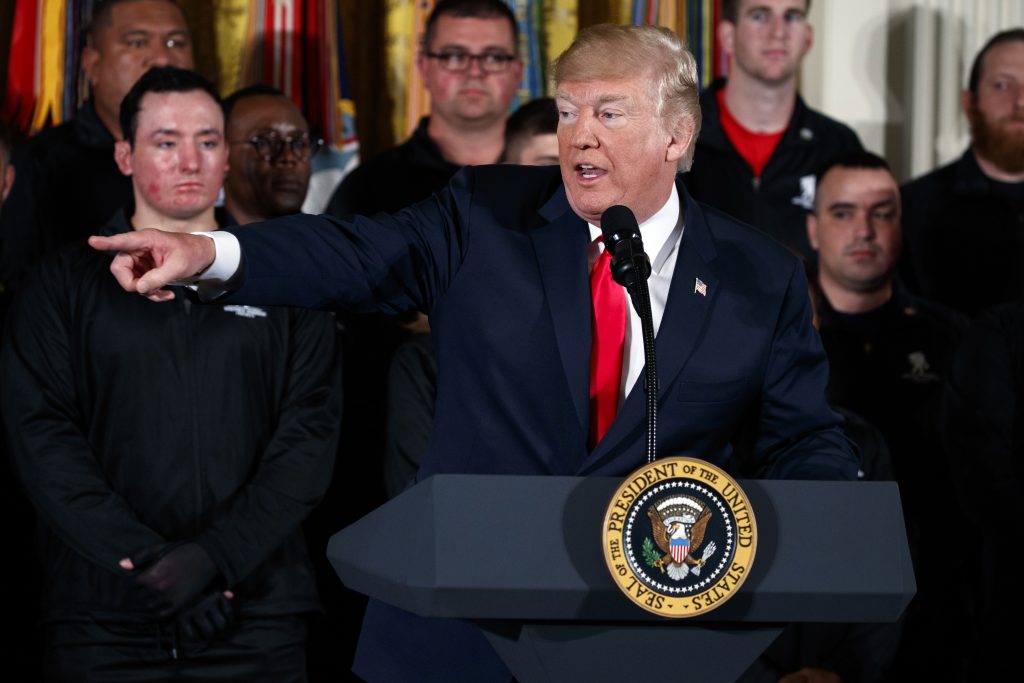 President Donald Trump said Thursday that North Korea has already made concessions to the U.S. in advance of a potential summit with Kim Jong Un in the coming months, while the U.S. hasn’t given up anything.

Trump said the North Koreans had made concessions on denuclearization, testing, research, and on closing some nuclear sites.

“I’m saying to myself wait a minute, all of these things he’s given up and we haven’t even really that much asked them,” Trump said in a telephone interview on Fox News.

He added: “We would have asked them, but they gave it up before I even asked.”

Trump has argued that the only concession he has made to North Korea was his surprise decision last month to accept Kim’s invitation for a sit-down. “I never gave up anything,” he repeated.

Trump acknowledged the rhetoric that both he and Kim deployed over the last year and the schoolyard taunts of nuclear “buttons” was “very, very nasty” and heightened fears of nuclear war. He said, “this is a much more dangerous ballgame now, but I will tell you it’s going very well.”

He added: “let me just tell you the nuclear war would have happened if you have weak people.”

During the interview, Trump revealed more information about CIA Director Mike Pompeo’s secret trip to North Korea earlier this month, saying he wasn’t supposed to meet with Kim, but that they ended up meeting for more than an hour.

“They had a great meeting,” Trump said. He said he’s seen “incredible” photos from the meeting, and that he’d love to release them.