Israel Russian Ambassador to Israel: We Are Sensitive to Israel’s Security Concerns
Israel 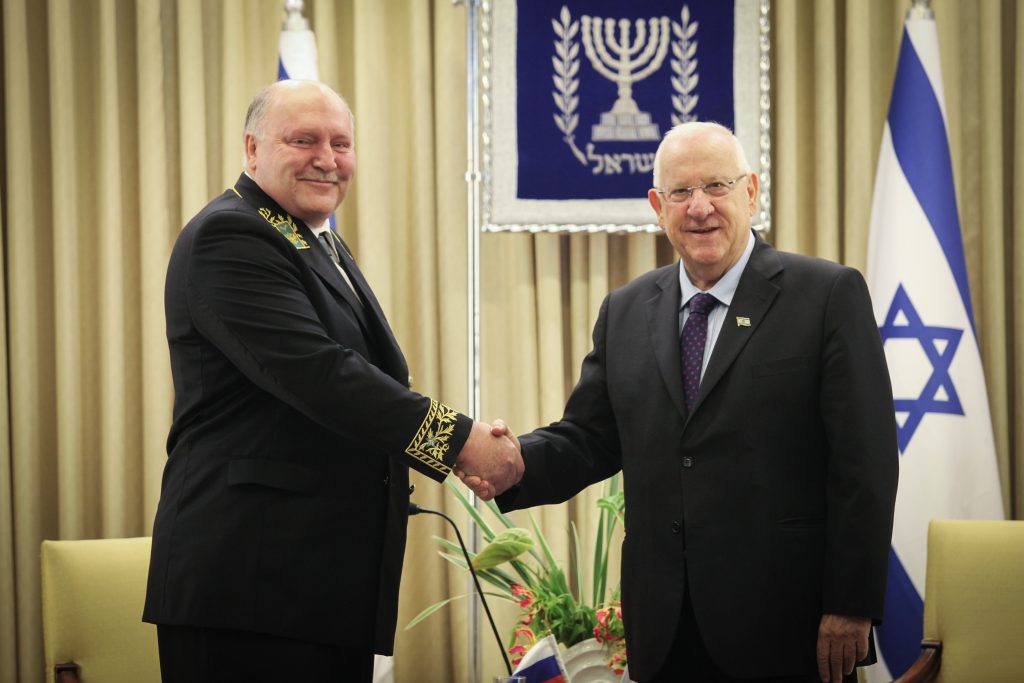 In an interview with Yediot Acharonot, Russia’s ambassador to Israel, Alexander Shein, said that Moscow was sensitive to Israeli concerns over Syria’s military power, but that unilateral actions by Israel in that country “complicate matters.” He also does not believe that Israel will attack S-300 missiles systems that Russia has said it would deploy in Syria, as Foreign Minister Avigdor Liberman has hinted could occur. “I don’t foresee a possibility like this,” he said.

Russia, according to Shein, “is always taking into consideration Israel’s concerns and interests regarding its security. We of course are concerned over the mutual threats and horrible relations between Israel and Iran, especially given Iran’s presence in Syria. The feud between Israel and Iran could lead to a major flare-up in the Middle East, and of course we are very concerned over this. We urge both sides to exercise caution and restraint,” Shein said.

According to Shein, the final decision on whether or not to supply Syria with the S-300 system has not yet been made. Despite declarations last week that Russia would supply Syria with the system – for free – Shein said that the deal “is currently not even being discussed with Syria. As far as I know, there has been no official move in this direction. There are media outlets that are raising this possibility, which as far as we are concerned is premature. If the issue did arise, it was solely due to the aggressive attacks by the West, and it has nothing to do with Israel.”

A report earlier this week in the Russian-language Kommersant newspaper quoted Russian security officials as saying that after the April attack by the U.S., Britain and France on Syrian military installations, “Russia had to somehow answer the United States and its allies, and, apparently, the option was selected with the demonstrative support of Bashar Assad” – including deployment of the S-300. The presence of the advanced system in Syria, the report quoted Viktor Bondarev, head of the Russian Federation Council on Defense, “will sober the hot heads of not only NATO military and generals.”

The report said that the Russian concern over Israeli intervention was related to the safety of Russian personnel, and it would take months to train Syrian personnel on how to use the systems. And after that, Russians will remain for a period of time to supervise their Syrian trainees. “And if Israel decides to inflict rocket strikes on the locations of the S-300 deployment, the consequences, according to Kommersant sources, ‘will be catastrophic for all sides,’” the report added.

Shein added that he did not believe Israel would hit the systems, if they were deployed. “There is good coordination between our governments, and our Foreign Ministries work together.” Liberman over the weekend hinted that Israel might attempt to eliminate the system if it were deployed, but Shein said that he “did not understand what he meant by that. Until now there have been no security incidents between our two countries, and not even the hint of an incident, and I hope it remains that way.”