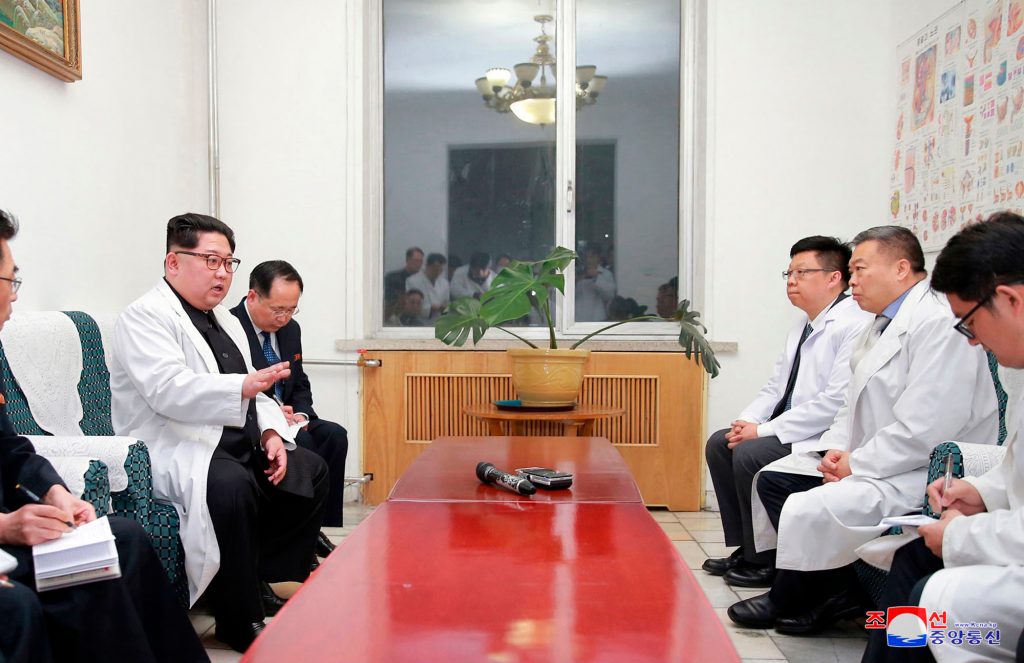 North Korean leader Kim Jong Un has met with China’s ambassador and visited a hospital where Chinese tourists were being treated after a deadly bus crash.

Photos provided by the North Korean government on Tuesday showed Kim meeting with Ambassador Li Jinjun at the hospital and at the Chinese Embassy.

China’s Foreign Ministry said a medical team and diplomats were sent to help. It described the North Korean casualties as “workers.” All visitors to North Korea must be accompanied by minders.

Chinese tourists make up the vast majority of visitors to North Korea, where they often pay homage at sites related to China’s participation in the 1950-53 Korean War.

China and North Korea share a lengthy border and a traditional friendship. China remains Pyongyang’s largest trading partner, although commerce has dropped off by about 90 percent under United Nations sanctions.

Only about 5,000 Westerners visit the isolated, hard-line communist state each year. Americans have been banned from traveling to North Korea without special permission from the U.S. State Department since September amid concerns about the fate of those detained there in the past.

The cause of the crash wasn’t mentioned. Chinese state broadcaster CCTV showed the mangled wreckage in the dark with rain falling and rescue vehicles on the scene.

North Korean roads are often bumpy and poorly maintained. There is usually no lighting other than headlights at night, even on major roads outside of the cities. Drivers tend to travel at whatever speed they feel is safe, making the roads even more dangerous, particularly when the weather is bad.