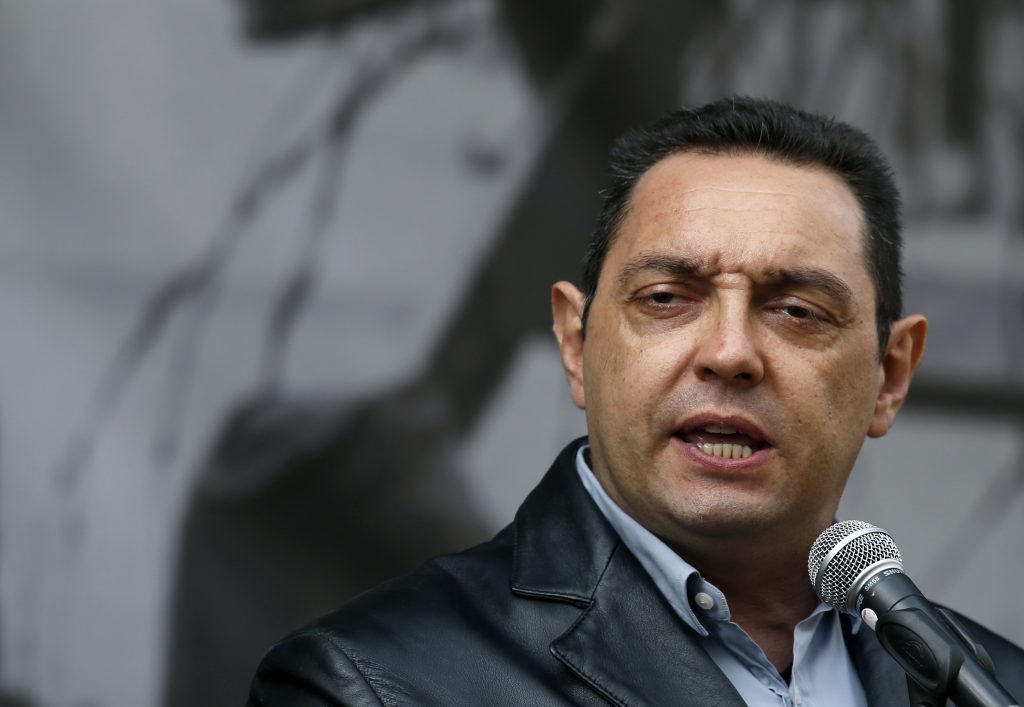 Serbian Defense Minister Aleksandar Vulin called off his visit to an annual  memorial service for the victims of a World War Two extermination camp held in Croatia on Sunday after Croatia said he was not welcome.

The two ex-Yugoslav republics began trading barbs last week when a Croatian delegation cut short a trip to Serbia after a Serbian radical lawmaker and convicted war criminal shouted insults at them and tried to rip up the Croatian flag.

The delegation’s visit had been part of an effort to heal ties between the two neighbors, hostile to each other since Croatia fought a war of independence from Yugoslavia in the early 1990s in which around 20,000 people were killed. Vulin said Croatia’s barring of his visit to the memorial service in the village of Mlaka, near the site of the WWII camp at Jasenovac, was an attempt by Croatia to silence those speaking about the crimes committed there.

“The most terrible truth about Jasenovac is not just what happened there but the fact that the present Croatia will not even repent for the crimes,” Vulin told Serbian state media RTS.

They accuse the authorities of playing down crimes perpetrated under the Nazi-backed Independent State of Croatia Ustasha, and of being indifferent to sporadic resurfacing of Ustasha fascist ideology. They also want Croatia to take responsibility.

Vulin on Sunday referred to Croatia’s “failure to officially repent” for the deaths at the camp, which operated from 1941 until 1945. Serbs, Jews, Roma and Croats who opposed the regime were imprisoned and killed there. Some Croatian historians say between 80,000 and 100,000 people died there, while Serbian historians say the number is around 600,000.

The Croatian foreign ministry had said on Saturday that Vulin was not welcome, accusing him of undermining Croatia’s sovereignty with a statement in which he said Zagreb had no authority to decide on whether he could visit Croatia or not.