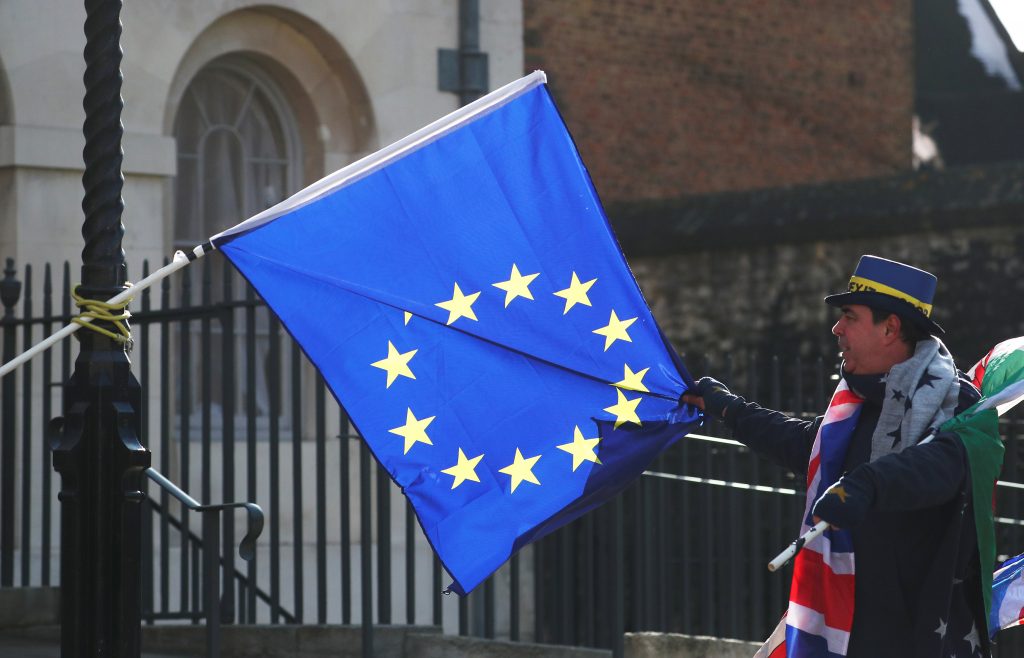 Britons support holding a vote on the final Brexit deal secured by Prime Minister Theresa May, according to a YouGov poll for the pro-remain group Best for Britain.

Those saying the public should have the final say on whether to accept the Brexit deal or remain in the European Union exceeded opponents by 8 percentage points, according to the poll results released on Monday by the group, whose funders include billionaire investor George Soros. Respondents said they would opt to remain in the bloc if given a second referendum.

The survey results pose a dilemma for PM May, who in December was forced into conceding a vote on her Brexit deal to lawmakers following a rebellion by members of her own Conservative Party. But after previous polls showed there was no appetite for a second referendum on Brexit, she’s been able to fend off demands for a new vote amid tricky divorce talks with her EU counterparts.

“The possibility of Brexit is sharpening the British public’s minds, and now there is a decisive majority in favor of a final say for the people of our country on the terms of Brexit,” said Best for Britain Chief Executive Officer Eloise Todd.

“This poll is a turning point moment. The only democratic way to finish this process is to make sure the people of this country, not MPs across Europe, have the final say, giving them an informed choice on the two options available to them: the deal the government brings back and our current terms,” Todd said.

Some 44 percent of 813 adults polled on April 5 and 6 by YouGov said there should be a vote on PM May’s Brexit terms. That compares with 36 percent who said there shouldn’t be one, and it almost reverses the proportions from a similar poll in January. In the latest survey, 44 percent of respondents also said they’d vote to remain in the EU in the event of a second referendum, with 41 percent opting to leave. No margin of error was given.

It’s the first time YouGov has returned a result in support of a vote specifically between accepting the divorce terms and remaining in the EU. An ICM poll for the Guardian in January found supporters of a second EU referendum outweighed those who rejected reopening the question by 16 percentage points.

PM May hopes to finalize a divorce deal with the EU in the fall, though only the outline of the new post-Brexit trading relationship is likely to be agreed upon before departure day next March, when a 21-month transition period is due to begin.

While May and opposition Labour Party Leader Jeremy Corbyn both say they intend to implement the 2016 referendum result, there are still lawmakers on both sides of the political divide who’d like to reverse Brexit. On Sunday, Labour peer Andrew Adonis — May’s former infrastructure czar — said it isn’t yet a fait accompli.

“It is absolutely not a done deal at the moment,” Adonis said in a Sky News interview. “Parliament will take the final say; it can, if it chooses to do so, refer it to the people.”

PM May on Monday will visit her counterparts in Sweden and Denmark to discuss issues including Russian aggression, trade, investment and progress toward a Brexit deal, her office said last week. Meanwhile, International Trade Secretary Liam Fox begins a week-long visit to the U.S. and Canada. He’s looking to drum up trade and investment opportunities with allies Britain’s relying on for post-Brexit trade deals. Fox will meet with companies including Amazon.com Inc., Starbucks Corp. and Warner Bros. Entertainment Inc., according to his office.

With Parliament in recess, Brexit has slid into the background for the past two weeks and domestic issues have come to the fore, including a surge in violent crime.

Home Secretary Amber Rudd on Monday will publish the government’s serious violence strategy, which aims to channel 40 million pounds ($56 million) into programs to steer young people away from crime and tackle violent gangs and drug dealers. It follows her announcement on Sunday that she’ll legislate to ban the sale of rapid-fire rifles and bump stocks that facilitate shooting, outlaw brass knuckles and zombie knives, and make it a crime to possess acid in a public place without good reason.

While Rudd wrote in the Sunday Telegraph that evidence doesn’t support blaming police cuts for the rise in crime, the Guardian on Monday cited a leaked Home Office document as saying reductions in the number of officers had “likely contributed” to a rise in serious violent crime.

Corbyn, for his part, will call the Conservative record on policing and crime one of “reckless failure” as he kick-starts Labour’s campaign for next month’s council elections at a rally in the capital alongside London Mayor Sadiq Khan.

“You cannot protect local communities when you cut funding to local councils to such an extent they are unable to provide the essential youth service support that stops many young people from being drawn into violent crime,” Corbyn will say, according to his office.

“Over the last eight years the Conservative Government has decimated local services, the core services that are an essential part of holding our communities together.”