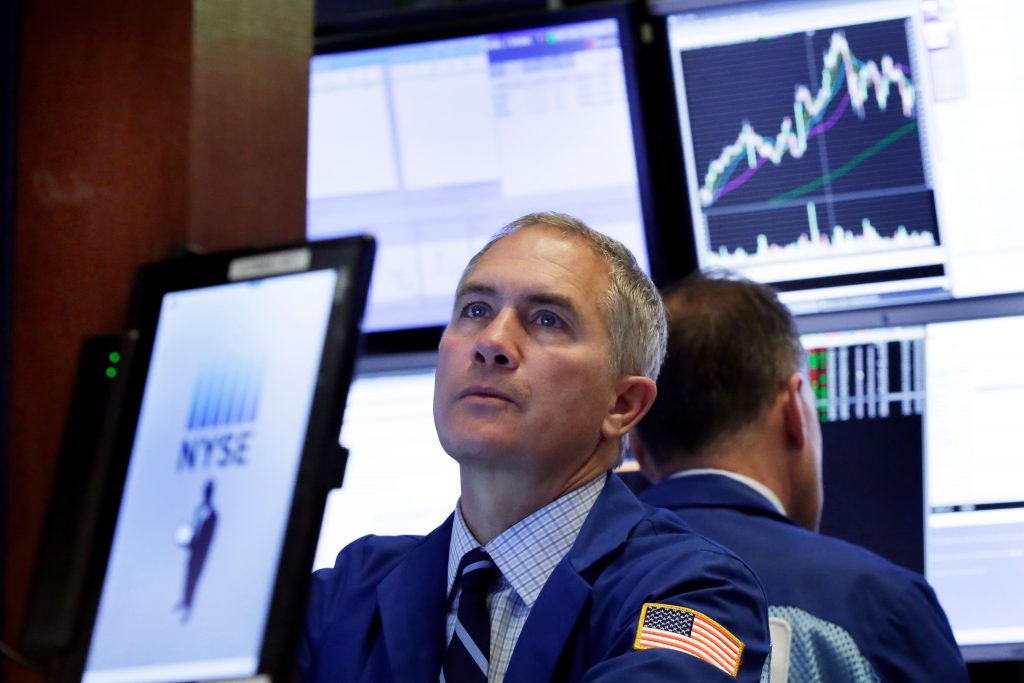 Stocks fell sharply on Monday as investors responded to rising trade tensions between the United States and China and mounting scrutiny of big technology companies from consumers and politicians.

Amazon sank following weekend broadsides from President Donald Trump on Twitter, while Facebook tumbled as a widening privacy scandal continued to weigh on the company’s stock.

The looming threat of tighter regulation of the tech sector in Europe and the U.S. prompted investors to pull money out of high-flying companies, such as Netflix, Microsoft and Alphabet, Google’s parent company.

Among other recent winners, Intel dove 6.1 percent following a report in Bloomberg News that Apple plans to start using its own chips in Mac computers.

Kate Warne, an investment strategist for Edward Jones, said the step by China is small but significant.

“The fact that a country has actually raised tariffs in retaliation is an important step in the wrong direction,” she said. “The tariffs imposed by China today lead to greater worries that we will see escalating tariffs and the possibility of a much bigger impact than investors were anticipating last week. And that could be true for Mexico as well as for China.”

Food maker Tyson dropped 6.2 percent after China raised import duties on a $3 billion list of U.S. goods in response to the tariffs on imported steel and aluminum that President Trump ordered last month.

Amazon fell another 5.2 percent. The online retailer has slumped with the market recently, although it’s still up about 17 percent in 2018. Trump has repeatedly criticized Amazon over issues including taxes and Amazon’s shipping deals with the U.S. Postal Service.

Jack Ablin, chief investment officer of Cresset Wealth Advisors, said Amazon is just the latest company to falter after it drew scrutiny from the government, as Facebook and Alphabet have slumped recently on data-privacy concerns.

“It seems like the long arm of the government is interfering with investors’ expectations,” he said. “Investors are pricing in an escalating trade war and regulation of tech companies.”

After a month of public negotiations between the U.S. and several other countries, Monday marked the first time another country has placed tariffs on U.S. goods in response to the Trump administration’s recent trade sanctions.

Health insurer Humana was one of the market’s few winners, following more reports that Walmart could buy the company or create a new partnership with it. Humana is a major provider of Medicare Advantage coverage for people 65 and older. Humana gained 4.4 percent, while Walmart slid 3.8 percent.

Bond prices finished little-changed. The yield on the 10-year Treasury stayed at 2.74 percent after a sharp decline last week.