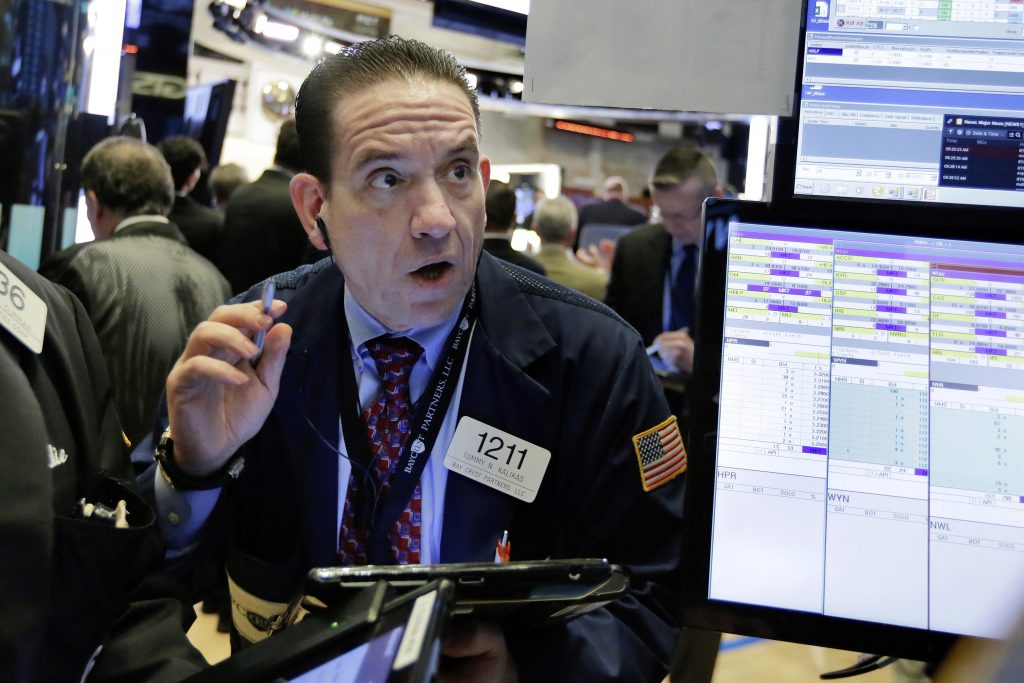 Technology companies helped lift U.S. stocks sharply higher in afternoon trading Monday, as the market made up some of its huge losses from last week. Banks also notched solid gains, benefiting from a pickup in bond yields. Investors drew encouragement from signs that the U.S. and China are open to negotiating to avert a potential trade dispute. Crude oil prices were headed lower.

THE QUOTE: “All of the concerns about the potential trade wars and tariffs have been causing this market’s weakness for the last couple of weeks,” said Randy Frederick, vice president of trading & derivatives at Charles Schwab. “The important thing for today is to watch the action in the last hour. Lately, when we’ve had strong opens, we’ve had a weak close, and that usually doesn’t bode well for the next day.”

TARIFFS AND TRADE: Last week, global stock markets fell sharply amid fears of a trade war after President Donald Trump announced duties on $60 billion worth of Chinese goods in a dispute over technology policy. On Friday, Beijing released a $3 billion list of U.S. goods targeted for possible retaliation over an earlier U.S. tariff hike on steel and aluminum imports. That prompted fears the spat might depress trade worldwide and set back the global economic recovery.

POTENTIAL COMPROMISE: China’s government said it is open to negotiating with Washington following a news report indicating that U.S. officials have submitted a list of market-opening requests. A foreign ministry spokeswoman, Hua Chunying, didn’t confirm the report by The Wall Street Journal, but said at a regular briefing, “Our door for dialogue and discussion is always open.” The Journal said U.S. Treasury Secretary Steven Mnuchin and China’s economic czar, Vice Premier Liu He, were leading negotiations. It said American market-opening requests as a possible condition of a settlement covered the auto, finance and semiconductor industries.

BETTING ON BANKS: Financial stocks surged as bond yields rose. Higher yields are good for banks, because they drive up interest rates on mortgages and other loans, making them more profitable for lenders. Bank of America rose 86 cents, or 2.9 percent, to $30.03.

ON THE WAY OUT: Lowe’s climbed 5.3 percent after the home-improvement retailer said Chairman and CEO Robert Niblock is retiring. The stock gained $4.47 to $88.24.

SOCIAL ANXIETY: Shares in Facebook continued to slide as the social media giant faces new questions about collecting phone numbers and text messages from Android devices. The Federal Trade Commission confirmed Friday that it is investigating Facebook’s privacy practices, including whether the company engaged in “unfair acts” that cause “substantial injury” to consumers. The stock, which already took a big hit last week, tumbled $4.07, or 2.6 percent, to $155.32.