Politics 2 Lawyers Not Joining Trump Legal Team After All
Politics 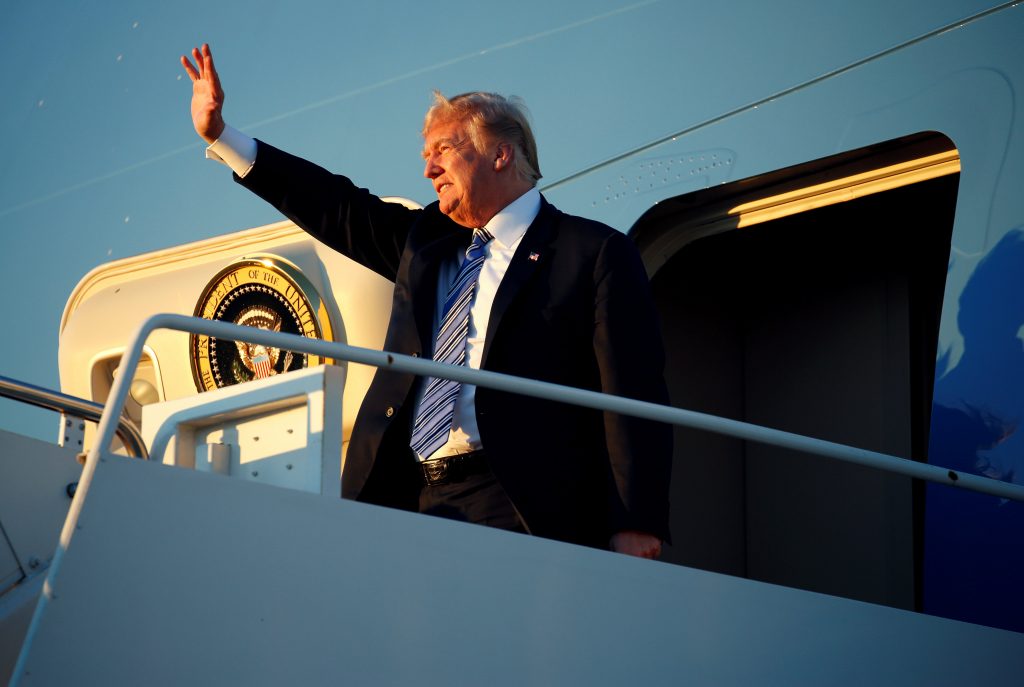 President Donald Trump will not be adding two new lawyers to the legal team defending him in the special counsel’s Russia investigation, one of the president’s attorneys said Sunday.

Trump attorney Jay Sekulow said in a statement that Washington lawyers Joseph diGenova and Victoria Toensing have conflicts that won’t allow them to represent the president regarding special counsel Robert Mueller’s investigation.

The announcement came just hours after Pres. Trump used Twitter to push back against reports that he’s having difficulty adding to his legal team, saying he was “very happy” with his current attorneys.

“Many lawyers and top law firms want to represent me in the Russia case,” he wrote, adding: “Fame & fortune will NEVER be turned down by a lawyer, though some are conflicted.”

Neither the president nor Sekulow specified the conflict regarding diGenova and Toensing, who are married to each other and law partners, but their firm has represented other clients in the special counsel’s investigation, including former Trump campaign adviser Sam Clovis.

Sekulow said Pres. Trump was “disappointed” that diGenova and Toensing won’t be defending him in the special counsel investigation, but “those conflicts do not prevent them from assisting the President in other legal matters.”

“The President looks forward to working with them,” he added.

On Sunday, diGenova and Toensing released a joint statement, saying, “We thank the president for his confidence in us, and we look forward to working with him on other matters.” DiGenova, who provided the statement to The Associated Press, declined to answer additional questions about the nature of his and Toensing’s representation of the president.

DiGenova, whose addition to the team was announced last week, had been expected to usher in a new strategy for the president after Pres. Trump’s lead attorney, John Dowd, resigned last week. Dowd had touted the cooperation of the White House and Trump campaign with Mueller. DiGenova, a former U.S. attorney, has been a fierce defender of Pres. Trump on media and accused the FBI of trying to “frame” the president for nonexistent crimes.

Dowd was the primary negotiator and legal strategist who had been putting together the president’s legal defense in the Russia probe led by Mueller. The legal team shake-up also comes as Pres. Trump’s attorneys have been negotiating with Mueller over the scope and terms of an interview with the president. Mueller is investigating Russian interference in the 2016 presidential election and whether there was any collusion with the Trump campaign.

The president tweeted Sunday, “there was NO COLLUSION with Russia,” pointing instead to his 2016 Democratic rival, Hillary Clinton.

Sen. Mark Warner, D-Va., said on NBC’s “Meet the Press” that the Russians hacked into the election and every one of the president’s top security advisers has said they’ll be back. But he said the White House is providing no direction on making election security a top priority.

Warner was asked if the president is acting like he has been “compromised” when it comes to Russian President Vladimir Putin. Pres. Trump congratulated Pres. Putin on his re-election last week and failed to bring up the U.S. election meddling or the poisoning of a former Russian spy on British soil during the conversation.