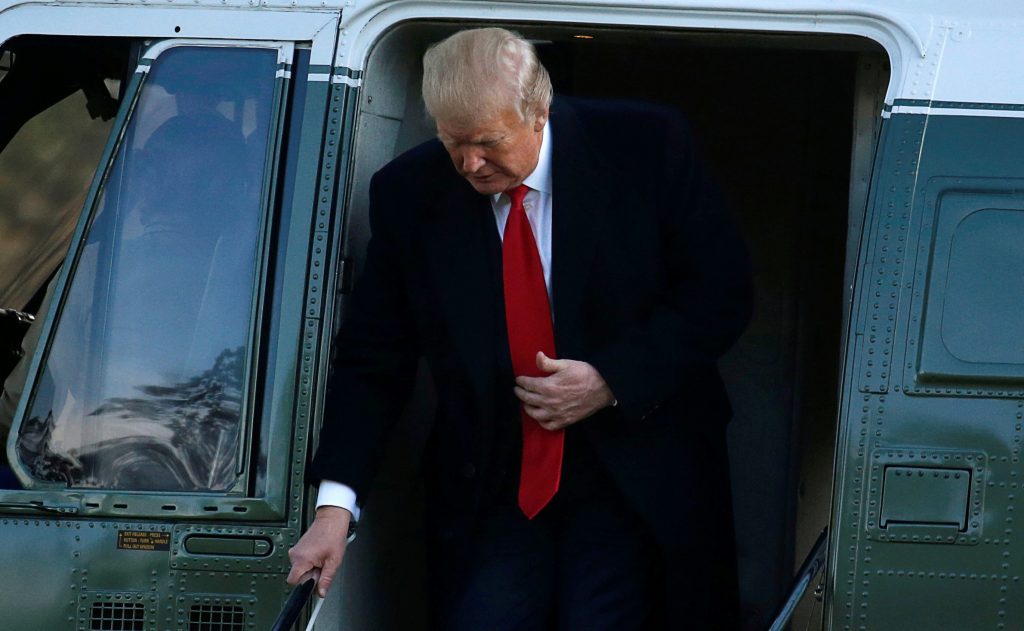 President Donald Trump’s attorneys have provided the special counsel’s office with written descriptions that chronicle key moments under investigation in hopes of curtailing the scope of a presidential interview, according to two people familiar with the situation.

Mr. Trump’s legal team recently shared the documents in an effort to limit any session between the president and special counsel Robert Mueller to a few select topics, the people said. The lawyers are worried that Mr. Trump, who has a penchant for making erroneous claims, would be vulnerable in an hours-long interview.

The decision to share materials with Mueller’s team is part of an effort by Mr. Trump’s lawyers to minimize his exposure to the special counsel, whom the president recently attacked in a series of tweets.

Mr. Trump has told aides he is “champing at the bit” to sit for an interview, according to one person. But his lawyers, who are carefully negotiating the terms of a sit-down, recognize the extraordinarily high stakes.

As part of his investigation into Russian interference in the 2016 election, Mueller is probing whether Mr. Trump’s campaign coordinated with Russia and whether the president obstructed justice by trying to block the investigation. In particular, his team is focused on Mr. Trump’s firing of his national security adviser and the FBI director, according to people familiar with the inquiry.

The president has denied any wrongdoing, calling the investigation a “witch hunt.”

Behind the scenes, his lawyers are moving into what one adviser called “crunchtime,” reviewing the likely questions Mueller’s team will have for the president.

John Dowd, an attorney for the president, declined to comment on any records provided to the special counsel.

“We have very constructive, productive communications with the special counsel and his colleagues,” he said in an interview Friday.

“We’re blessed to have them,” Dowd said of the conversations with Mueller’s team. “I think it’s helpful to them and of course I think it’s very helpful to us.”

The written materials provided to Mueller’s office include summaries of internal White House memos and contemporaneous correspondence about events Mueller is investigating, including the ousters of national security adviser Michael Flynn and FBI Director James Comey. The documents describe the White House players involved and the president’s actions.

Special counsel investigators have told Mr. Trump’s lawyers that their main questions about the president fall into two simple categories: “What did he do?” and “What was he thinking when he did it?”

Mr. Trump’s lawyers expect Mueller’s team to ask whether Mr. Trump knew about Flynn’s communications with Russian Ambassador Sergey Kislyak during the presidential transition, for example, and what instructions, if any, the president gave Flynn about the contact, according to two advisers.

Mr. Trump said in February that he fired Flynn because he had misled Vice President Mike Pence about his contact with Kislyak. He said he fired Comey because he had mishandled an investigation of Democratic presidential candidate Hillary Clinton.

The records do not include Mr. Trump’s personal version of events but provide a narrative of the White House view, the people said. Mr. Trump’s lawyers hope the evidence eliminates the need to ask the president about some episodes.

DiGenova, whose addition to Mr. Trump’s legal team was first reported by the New York Times, declined to comment on the role he will play.

Now the head of a law firm with his wife, Victoria Toensing, diGenova served as an independent counsel who investigated whether former president George H.W. Bush’s staff looked at former president Bill Clinton’s passport files during the 1992 presidential campaign.

His hiring, pushed by Trump attorney Jay Sekulow, was delayed briefly to ensure that diGenova’s work for the president would not conflict with his firm’s other clients. Toensing represents Mark Corallo, a former spokesman for Mr. Trump’s legal team.

“Former U.S. Attorney for the District of Columbia Joe diGenova will be joining our legal team later this week,” Sekulow said in a statement.” I have worked with Joe for many years and have full confidence that he will be a great asset in our representation of the President.”

DiGenova and Mr.Trump share the view that a faction inside the FBI sought to frame Mr. Trump. In February, diGenova criticized FBI Director Christopher Wray and Deputy Attorney General Rod Rosenstein for trying to withhold the names of FBI officials from a controversial GOP House committee memo that called out their roles in seeking a surveillance warrant of a former Trump campaign aide.

In 1997, DiGenova wrote a column in the Wall Street Journal arguing that the Constitution allows for the indictment of a sitting president.

The legal question has never been tested in court. Many scholars have argued the Constitution prohibits criminally charging a president, leaving impeachment as the only avenue to hold a president accountable for legal violations until he or she leaves office. Mr. Trump’s own legal team has made that argument. Many experts believe a controlling Justice Department opinion prohibits Mueller, technically a Justice employee, from charging a sitting president.

But diGenova argued there is no clear statute or constitutional provision that would prevent the indictment of the president.

“The nation, in fact, could conceivably benefit from the indictment of a president,” he wrote in the column, which was published while Clinton was under investigation by an independent counsel. “It would teach the valuable civics lesson that no one is above the law.”