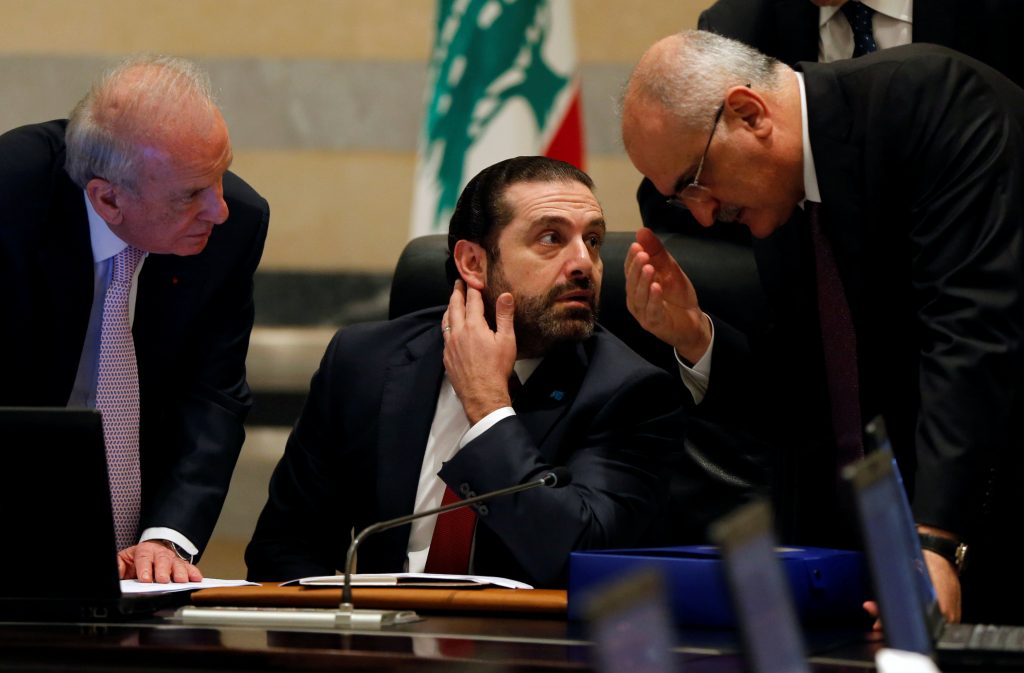 Lebanon plans to increase its military presence along its southern border with Israel, Prime Minister Saad Hariri said on Thursday at a meeting in Rome, where he is seeking financial support for the armed forces.

Some 40 countries participated in the meeting, along with United Nations Secretary General Antonio Guterres. The total amount of contributions is expected to be announced later on Thursday.

“We will be sending more LAF (Lebanese Armed Forces) troops to the south, and we stress our intention to deploy another regiment,” he said, adding that Israel “remains the primary threat to Lebanon”.

“While we are thinking of ways to move from a state of cessation of hostilities to a state of permanent ceasefire, Israel continues to make plans to build walls on reservation areas along the blue line,” Hariri said.

The Lebanese Armed Forces took no part in the 2006 war between Israel and the Iranian-backed Hezbollah. Since then, it has received more than $1.5 billion in U.S. military assistance and, in the last seven years, training and support from U.S. special forces.

The U.N. Security Council has allowed for 15,000 Lebanese troops to be deployed along the border since the end of the 2006 conflict.

Bolstering Lebanon’s army and internal security forces is seen as a way for the international community to keep Hezbollah, which has helped sway the Syrian civil war in President Bashar al-Assad’s favor, from broadening its clout in the Lebanese heartland.

On Thursday, Hariri reiterated his commitment to the policy of “dissociation,” which is meant to keep the deeply fractured state out of regional conflicts such as the civil war in neighboring Syria.

Guterres told reporters: “This is the moment in which the international community needs to express its full support (for Lebanon).”

“Lebanon must be sheltered from the forces of destabilization,” he said. “Assuring Lebanon’s stability assures the broader security of the Mediterranean and, as a consequence, of Europe.”

The Rome meeting is the first of three aimed at helping Lebanon stimulate its economy and weather the neighboring civil war and attendant refugee crisis.

In April, donors will meet in Paris, where Lebanon is seeking up to $16 billion in infrastructure investments. A meeting in Brussels follows, intended to help Lebanon cope with the more than 1 million Syrian refugees it is hosting.