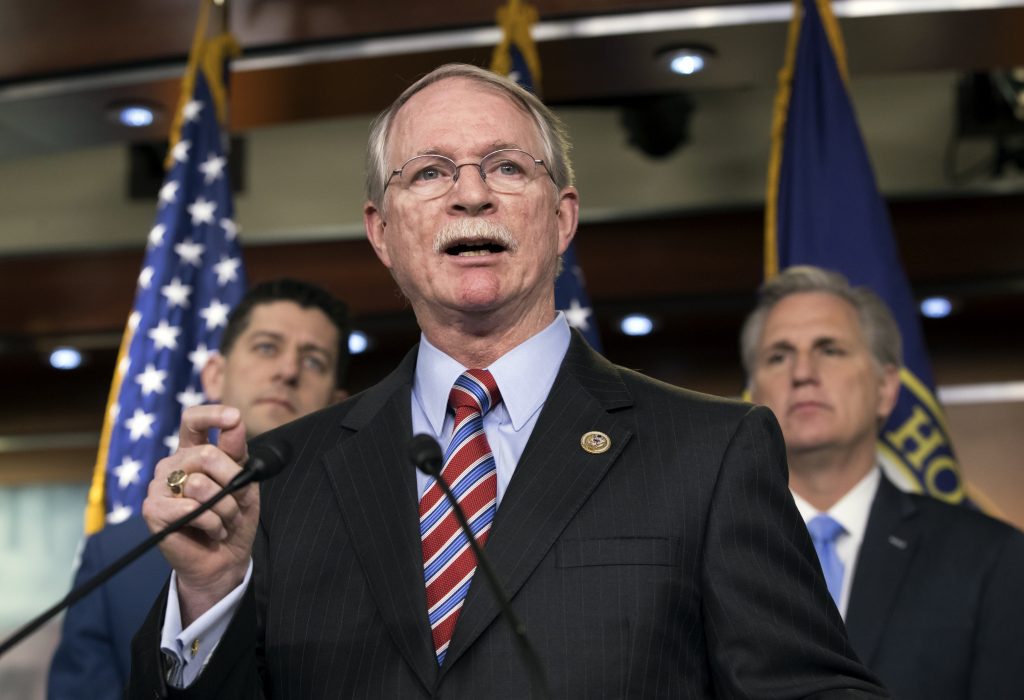 The House overwhelmingly approved a bill to improve school safety on Wednesday, the first gun-related action by Congress since the shooting that left 17 dead at a Florida high school.

The bill authorizes $500 million over 10 years for grants to improve training and coordination between schools and local law enforcement and help identify signs of potential violence before they occur.

Lawmakers approved the bill, 407-10. It now goes to the Senate, where a similar measure is being considered.

House Speaker Paul Ryan (R-Wis.) said the bill “provides a multi-layered approach” to identify threats so authorities can stop violence before it occurs.

“Tragic violence has no place in our schools. Every American believes that,'” Ryan said. “This legislation will actually take concrete action to prevent that.”

The vote came as the FBI announced it is doubling the number of supervisors assigned to review tips received from the public about possible threats of mass shootings or other violence.

Deputy FBI director David Bowdich told a Senate committee that the agency “could have and should have done more” to investigate information it received prior to the Feb. 14 massacre at Marjory Stoneman Douglas High School in Parkland, Florida.

The FBI received at least two credible tips that the suspect in the Florida school shooting had a “desire to kill” and access to guns and could be plotting an attack, but agents failed to investigate.

“While we will never know if any such investigative activity would have prevented this tragedy, we clearly should have done more,” Bowdich told the Senate Judiciary Committee.

The Senate panel was considering a similar proposal to improve school safety, but a hearing Wednesday focused on law enforcement failures in Florida. Besides the FBI lapses, Broward County, Florida, Sheriff Scott Israel has said his office received more than 20 calls about accused gunman Nikolas Cruz in the past few years

Sen. Charles Grassley, the Republican chairman of the committee, noted that Israel declined an invitation to testify Wednesday, as did Michael Carroll, secretary of Florida’s Department of Children and Families.

“By thumbing their noses at Congress, Sheriff Israel and Secretary Carroll have let the American people down and also the citizens of Florida they serve,” said Grassley (R-Iowa).

Some Democratic lawmakers sought to expand the focus to include gun control. Sen. Dianne Feinstein (D-Calif.) said more and more families are being victimized by mass shootings since a ban on certain semi-automatic weapons she authored expired in 2004.

“This Congress cannot continue to do nothing, because nothing means more lives are lost, including the youngest and the most vulnerable among us,” said Feinstein, the senior Democrat on the Judiciary panel. “High school students are literally begging us to take action to get these guns off the streets and out of our schools.”

As Feinstein spoke, hundreds of students were rallying outside the Capitol to urge stricter gun control laws. The rally was part of a nationwide school walkout to protest gun violence following the Florida attack. A larger rally is planned for March 24.

Chloe Appel, 15, of Gaithersburg, Maryland, held a sign that said, “Fix this before I text my mom from under a desk.” The high school student said she’s hopeful that Congress will enact gun control laws.

“After today and after the next protest Congress will see how many people feel strongly about this so they will have to make a change,” she said.

Vermont Sen. Bernie Sanders told the students that young people again are leading the nation, as they did during the civil rights and anti-war movements.

“All across the country people are sick and tired of gun violence, and the time is now for all of us together to stand up to the NRA and pass common-sense gun legislation,” Sanders said.

President Donald Trump supports the school safety measure, one of two bills included in a modest White House plan released over the weekend to combat school shootings. The other bill would strengthen, but not expand, the federal background check system for gun purchases.

The background checks bill has stalled in the Senate amid objections from some Republicans and concern by Democrats that it is insufficient. Without strong advocacy from the White House, an ambitious gun package appeared unlikely to even get off the ground, given most Republicans’ opposition to any new restrictions on gun rights.