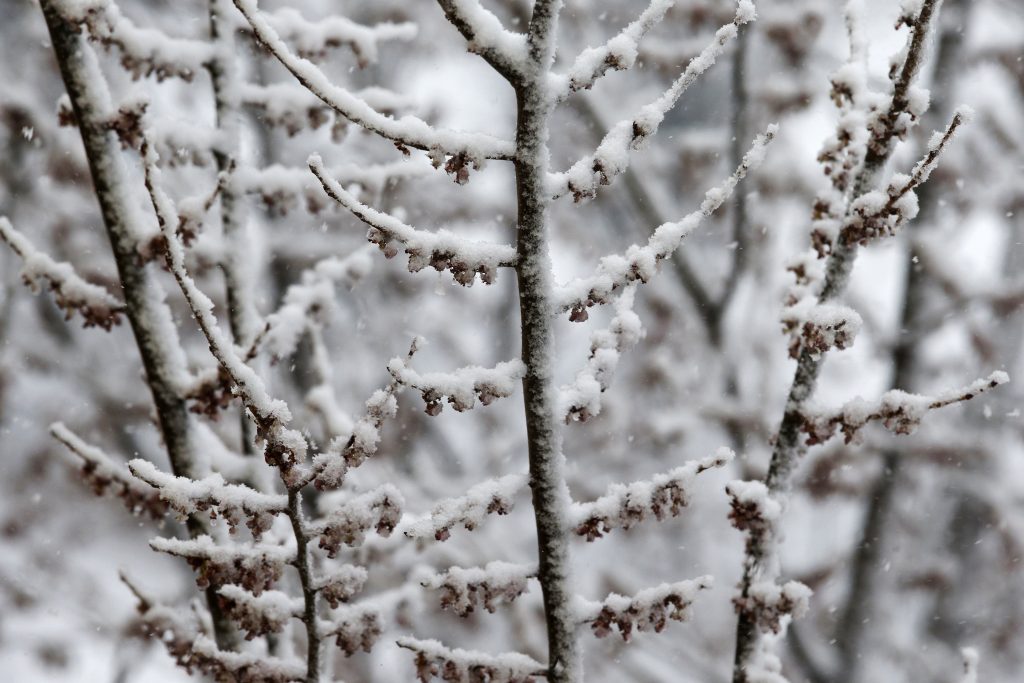 A nor’easter that could bring blizzard conditions and nearly 2 feet of snow to some areas of New England quickly intensified Tuesday morning, covering highways with snow and knocking out power to tens of thousands.

The National Weather Service issued a blizzard warning for the entire coast of Maine, New Hampshire and most of Massachusetts. The rest of New England was under a winter storm warning, and a winter weather advisory blanketed most of New York and portions of New Jersey, Pennsylvania, West Virginia and North Carolina.

Wind gusts of nearly 70 mph (112.6 kph) were reported on Cape Cod in the early stages of the storm.

Although the latest storm was not expected to bring as many power outages as a nor’easter last week because the snow is lighter and fluffier, more than 30,000 customers in Massachusetts lost power Tuesday morning.

Communities across the region closed schools for the day and issued on-street parking bans.

“Three nor’easters in less than 2 weeks isn’t easy on anyone — and we are extremely grateful for the hard work of our first responders, utility and road crews, and municipal officials who have been working nonstop to clean up after these powerful storms,” Republican Massachusetts Gov. Charlie Baker wrote on Twitter on Monday night.

The storm was expected to last through most of Tuesday, disrupting road and air travel.

The flight-tracking site FlightAware reported more than 1,300 canceled flights within, into or out of the U.S. on Tuesday. Amtrak suspended service from Boston to New York’s Penn Station until almost midday.

The blizzard warning means sustained winds of greater than 35 mph (56 kph), along with visibility of less than a quarter mile for prolonged periods, according to the weather service.

Maine braced for a hard hit. The Portland International Jetport has had 75.5 inches (almost 2 meters) of snow, far above the normal of 51.8 inches for the date. Another 12 to 18 inches is expected, said James Brown, of the National Weather Service.

In New Hampshire, as much as 14 inches (35.5 cm) of snow is forecast, and the storm is wreaking havoc with the age-old town meeting tradition.

More than a foot of snow (30-plus cm) was expected in parts of Connecticut.