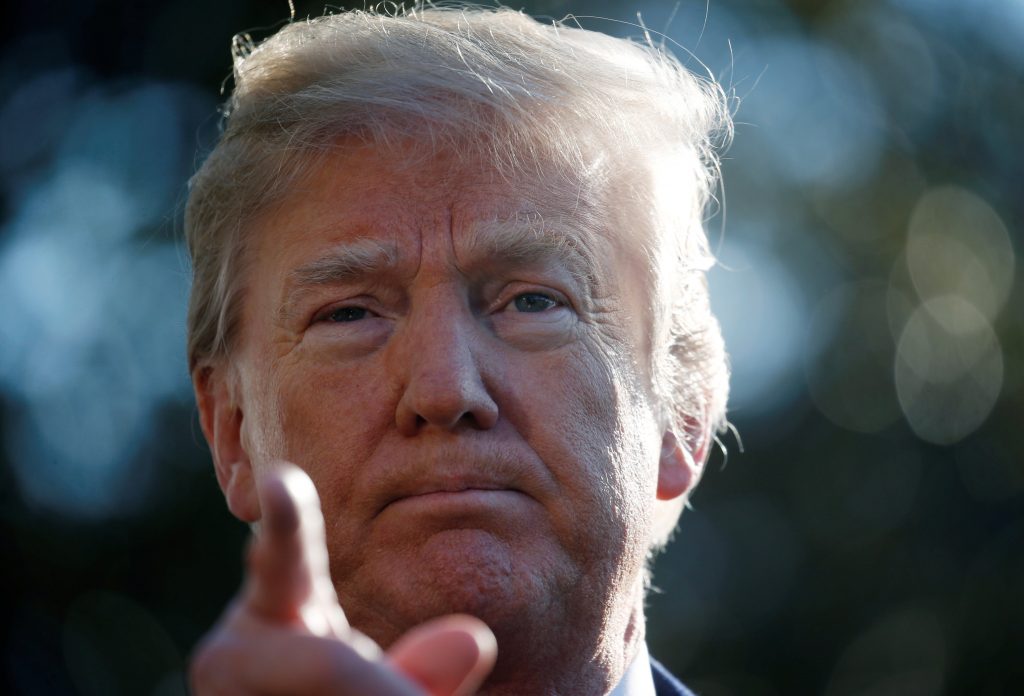 Almost 14 months into Donald Trump’s turbulent White House tenure, loyalists are in, dissenters are out and the president himself is acting on his own instincts more swiftly than ever to make decisions on policies from trade to North Korea.

People close to Pres. Trump said his firing on Tuesday of Secretary of State Rex Tillerson was the latest sign of the Republican president’s growing impatience with his initial set of hand-picked advisers whom he viewed as slow-walking his favored policies.

Pres. Trump will still encourage disagreement within his inner circle, these people said, but once he makes a decision, he wants it carried out swiftly.

“To this day, I think that a healthy ideological diversity prevails in the White House, but what has changed is that he is no longer willing to allow people to slow roll or stonewall his agenda,” said Andrew Surabian, a former White House strategist under Pres. Trump. “He wants people executing and getting things done.”

Pres. Trump expects to have “a vigorous internal debate and then have everyone be on the same page” with the final decision, said a former Trump campaign official with knowledge of the White House’s thinking, speaking on condition of anonymity.

As Pres. Trump himself said last week, “I like conflict.”

After fending off entreaties to hold back, Pres. Trump last week formally announced global tariffs on imports of steel and aluminum, to the dismay of allies. His top economic adviser, Gary Cohn, who disagreed with him on trade and other issues, resigned.

Later in the week, during a meeting with South Korea’s national security adviser, Pres. Trump agreed to meet with North Korean leader Kim Jong Un, despite months earlier having threatened to “totally destroy” his country if necessary.

Tillerson, who has advocated a more moderate and diplomatic approach to U.S. foreign policy, was out days later, replaced by CIA Director Mike Pompeo, a Trump loyalist. Pres. Trump announced the change on Twitter.

“He is looking for people who are in broad agreement with what he wants to do and who are willing to accept that he’s the team leader,” said Republican former Speaker of the House of Representatives Newt Gingrich, an informal Trump adviser.

Pres. Trump hinted on Tuesday that he was moving toward having the team he desired after a year of frustration with people like Tillerson and an up-and-down relationship with Cohn.

The Cabinet He Wants

“I’m really at a point where we’re getting very close to having the Cabinet and other things that I want,” Pres. Trump told reporters at the White House shortly after announcing his new choice for top diplomat. “With Mike, we’ve had a very good chemistry from the very beginning.”

Longtime associates of the president said Pres. Trump’s moves were consistent with his businessman past and would send a message to aides who have not accepted his style and convictions.

“People who thought they could change him are finding out what we found out on the campaign a long time ago: You can’t. You can make him better but 180-degree changes in opinion are unlikely,” said Barry Bennett, a former Trump campaign strategist. “If you think it’s your mission to just talk him out of it, it’s mission impossible.”

Pres. Trump’s critics accused him of running his White House the same way he ran his former reality show.

“Firing a Secretary of State by Twitter may make for great drama and instant TV ratings, but this, and countless other instances like this, produce undiluted instability that damages the nation and the office of the presidency at just about every level,” Democratic Senator Patrick Leahy said in a statement.

More changes are coming. Pres. Trump has yet to announce a successor to Cohn. Gingrich said he expected the president to hire someone “more compatible” than the former Goldman Sachs executive. Pres. Trump signaled on Tuesday that conservative commentator Larry Kudlow is the front-runner for the post.

The changes, and Pres. Trump’s comments about staff shakeups, also raise the possibility of more senior staff departures, such as Chief of Staff John Kelly or national security adviser H.R. McMaster, both of whom have had run-ins with the boss.