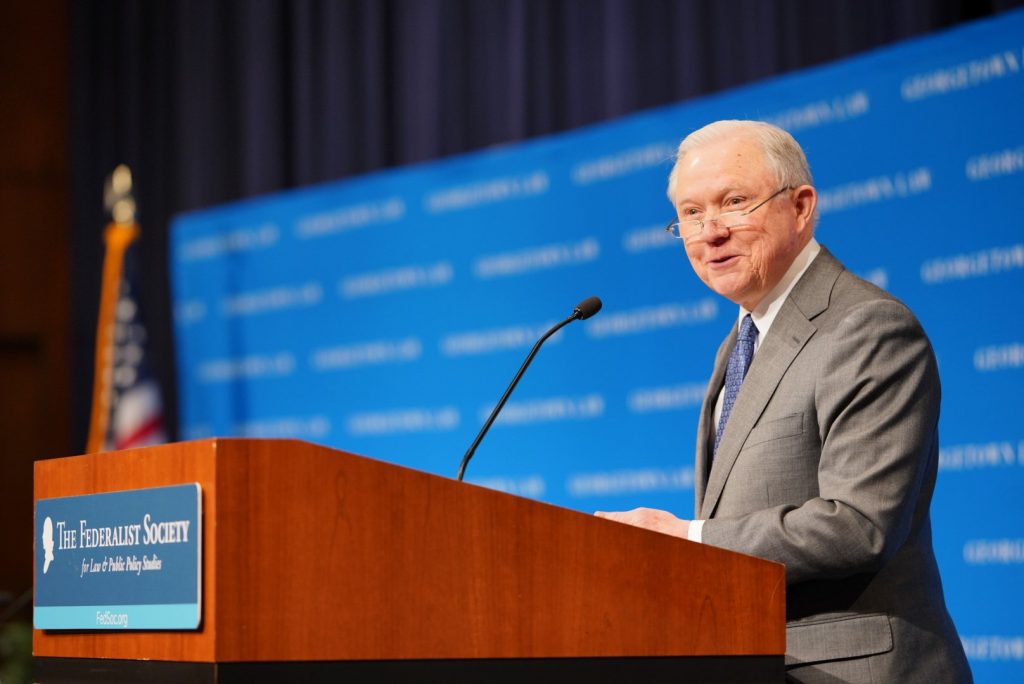 Attorney General Jeff Sessions lashed out at “activist” judges who issue nationwide injunctions, actions that have so far created a roadblock to President Donald Trump’s plan to enact new rules for sanctuary cities and undocumented immigrants.

“I am shocked by the actions of certain judges who fail to respect the constitutional responsibilities of the executive and legislative branches,” Sessions said in prepared remarks Saturday at the National Student Symposium of the Federalist Society, an organization of conservatives and libertarians.

Sessions has voiced his frustration with nationwide injunctions before, saying they are attempts by district courts to micromanage decisions. Notably, he spoke out against the practice in 2017, when the Trump administration wanted to temporarily block travelers from several countries from entering the U.S.

Injunctions are filed by judges and apply nationally, effectively blocking the government from imposing new rules until a matter can be heard in court. For example, a federal judge in San Francisco in January issued a ruling that temporarily blocked the Trump administration’s order to end the Deferred Action for Childhood Arrivals program for children of undocumented immigrants.

Sessions terminated DACA in September, several months before it was set to terminate, and gave those affected one month to reapply for their permits. He argued at the time the program wasn’t constitutional. His Justice Department was also blocked by a judge in Chicago, who ruled that the government couldn’t withhold funding from cities that refuse to share the immigration status of suspects in custody.

“We believe that each of these executive actions is justified under the lawful powers of the chief executive,” said Sessions, a former Republican senator from Alabama. “We are eager to defend these actions before the Supreme Court and are confident of a positive result.”

Without naming him, Sessions referred to U.S. District Judge Nicholas Garaufis, who in September termed the administration’s position on DACA as “so heartless.”

“When I said publicly that it is not a judge’s job to decide what is ‘heartless,’ — that it’s the job of the American people and its representatives to establish what the law is — this same judge then said that I ‘seem to think the courts cannot have an opinion,’ ” Sessions said. “That’s wrong. Judges should issue opinions — legal opinions that pertain to the legal questions of the case, not to politics or policy or personal sentiment.”