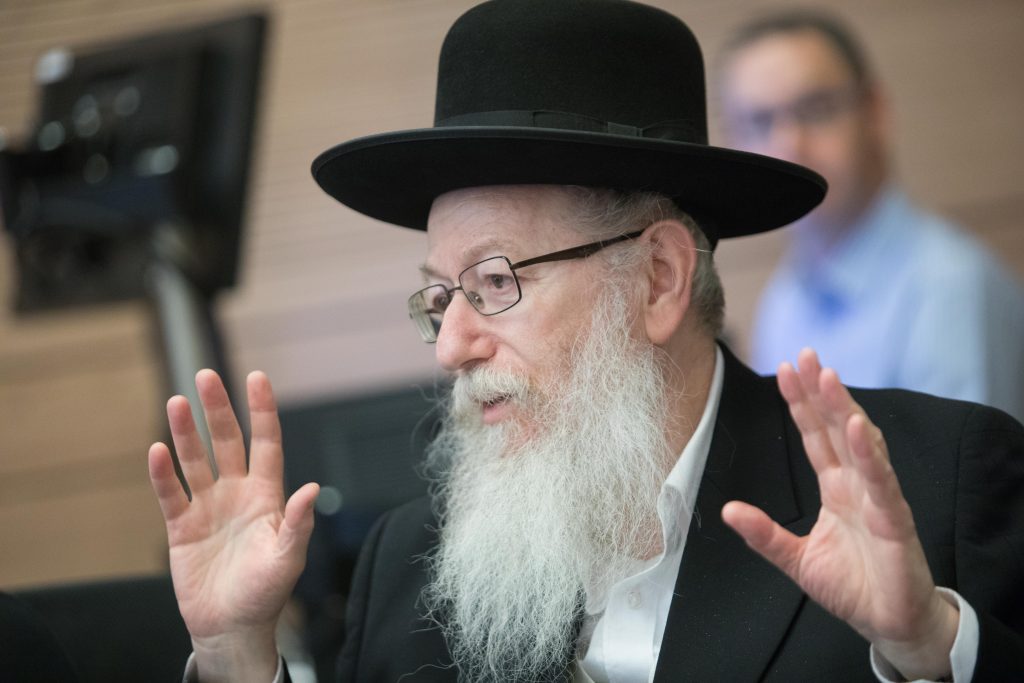 In light of the alleged reports that Likud submitted to UTJ and Shas representatives a new version to the draft law amendment, Deputy Health Minister Rabbi Yaakov Litzman said Wednesday night that, unfortunately, there is nothing new in the proposals that were suggested and that there is no new proposal that can regulate the status of yeshivah students in accordance with the Moetzes Gedolei HaTorah, who have instructed UTJ not to vote for the 2019 budget, which is being brought for an early vote, until the Draft Law amendment is passed.

The demand of Prime Minister Binyanim Netanyahu and Finance Minister Moshe Kahlon to promote an outline agreed upon by Attorney General Avichai Mandelblit raises the fear of difficulty in reaching an outline that meets the demands of the chareidi representatives, who seek to regulate in a secure manner the status of yeshivah students.

Moreover, in the political field it was suggested that it is highly possible that after the law is approved in its second and third readings, Defense Minister Avigdor Liberman will resign from the coalition, which puts into question the entire status of yeshivah students, and therefore the prime minister wants to ensure that Liberman does not resign during the term.

However, some pundits have speculated that Netanyahu, who hasn’t been forceful in trying to resolve the crisis, is actually interested in early elections. They say that a new mandate from the people could ease his situation regarding the various police investigations being conducted against him.

Meanwhile, Justice Minister Ayelet Shaked in an interview Thursday said that “whoever it might be, the coalition parties or the prime minister himself, whoever cause the country to go to elections for no reason will have be accountable to the public. The crisis is solvable and there is no reason to go to elections.

“This is a good government and there is no reason why it should not last until the end of the term, another year and a half,” she said.

In veiled criticism against Netanyahu, when asked if the blame – if elections will be called – is on Kahlon, Litzman or Liberman, Shaked replied that “he who will send the country to the polls is not necessarily those mentioned, but yes, be it a coalition partner or the prime minister, which of these people will decide to go to elections for no reason? I certainly think that whoever it may be will have to be accountable for bringing down a good government for no good reason.” She reiterated that “there is no reason to go to elections now. “