National Trump Says He Would Have Rushed Into Florida School, Unarmed
National 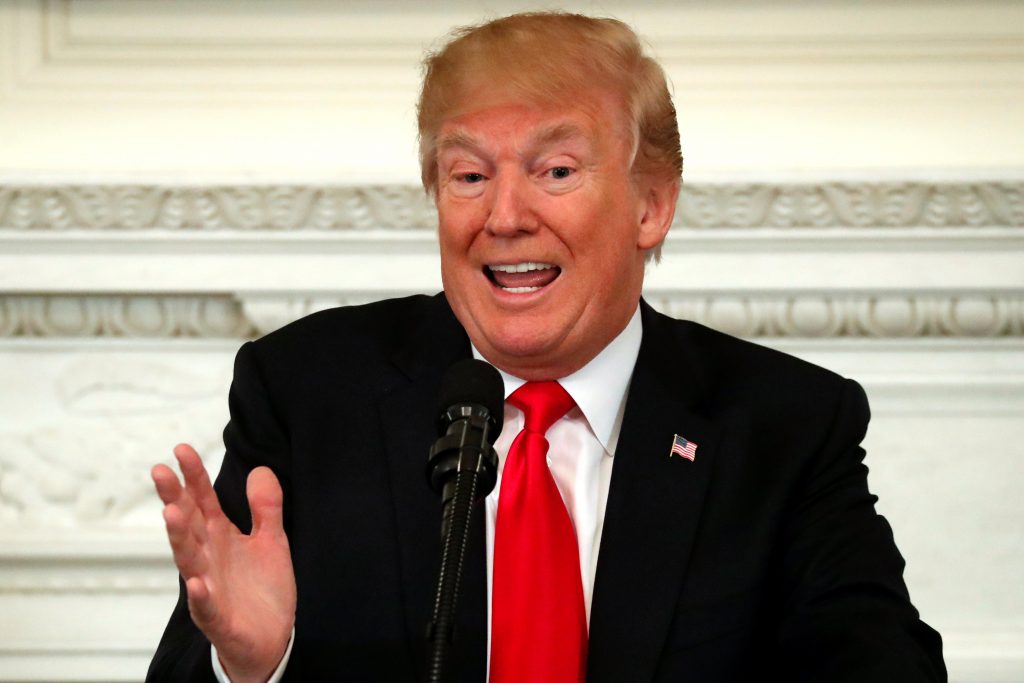 President Donald Trump, who’s been highly critical of the law enforcement response to the Florida school shootings, says he would have rushed in, unarmed, if he’d been there.

Speaking to a roomful of governors at the White House, Pres. Trump said Monday, “You don’t know until you’re tested, but I think I really believe I’d run in there even if I didn’t have a weapon, and I think most of the people in this room would have done that, too.”

Mr. Trump’s heroic hypothetical vividly demonstrated his frustration at the way the deadly events unfolded at the school in Parkland, Florida.

His session with the governors, in Washington for their annual winter meeting, was heavily focused on finding ways to address the massacre of 17 students and teachers in a shooting at Marjory Stoneman Douglas High School. It was the latest gathering in which the president spoke of a need to enact new gun-control measures as well as act to improve school safety.

The president said his recent calls for the arming of many teachers wasn’t a universal one, instead likening it to taking advantage of educators with athletic talents to provide additional protection within schools.

Mr. Trump said anew that he was disappointed in officers who didn’t stop the gunman, calling their performance “frankly disgusting.”

He renewed his criticism of former Broward County Sheriff’s deputy Scot Peterson, though Peterson’s lawyer said in Florida that accusations are untrue that he acted unprofessionally and cowardly during the shooting.

Lawyer Joseph DiRuzzo said Monday that the school resource officer didn’t enter the high school because it sounded like the shooting was happening outside the building.

“Look what he did in Broward where he thought he was probably a brave guy, but he wasn’t a brave guy under pressure,” the president said. “He choked and other people choked. A lot of people choked in that case.”