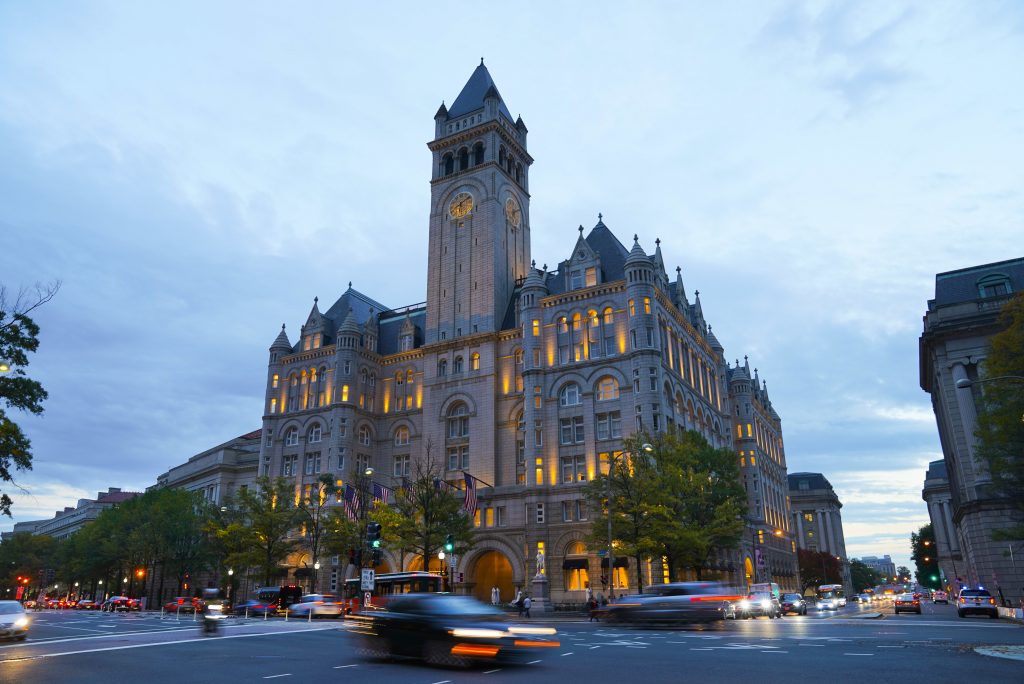 The Trump Organization announced Monday that it has donated the profits from “foreign government patronage” at its hotels last year to the U.S. Treasury, but declined to identify those foreign customers or the amount of the contribution.

President Donald Trump’s company made the donation on Thursday, according to George Sorial, the Trump Organization’s chief compliance counsel.

“Although not a legal requirement, this voluntary donation fulfills our pledge to donate profits from foreign government patronage at our hotels and similar business during President Trump’s term in office,” Sorial said.

The Washington Post asked for more details: How much was donated? Which Trump properties were included in this accounting? Which foreign entities had paid money to Trump’s businesses?

“We have nothing further to share at this time,” Amanda Miller, a Trump Organization spokeswoman, wrote in an email.

The Treasury Department also did not immediately respond to questions about the donation.

The Trump Organization’s contribution was first reported by the Associated Press.

Trump’s decision to maintain ownership of his company while in office raised questions about whether foreign government money flowing to his properties violates the Constitution’s “foreign emoluments clause,” which bars federal officials from taking gifts or “emoluments” from foreign states.

To assuage concerns about such payments, Trump promised before taking office that he would donate profits from foreign governments. But the details of that promise – how would “profit” be calculated, and which properties would be covered? – have remained vague.

A federal judge in Maryland is currently considering a lawsuit, brought by the attorneys general from Maryland and the District of Columbia, accusing Trump of violating the emoluments clause.

“With this announcement, President Trump’s businesses seem to confirm that they accepted payments from foreign governments in violation of the Foreign Emoluments Clause,” Marus said in a statement. “Whether the Trump Organization donated the proceeds from those foreign emoluments is irrelevant to our case, but we would certainly be interested in learning more about which foreign governments have paid the President.”

Trump’s hotel in the District was scheduled to host a gala put on by the Kuwaiti Embassy on Monday evening. This will be the second consecutive year in which Kuwait has held its National Day party at the president’s property on Pennsylvania Avenue.